A member of the BCCI's medical panel, who is currently in the Emirates for the IPL, is learnt to have tested positive for the virus. 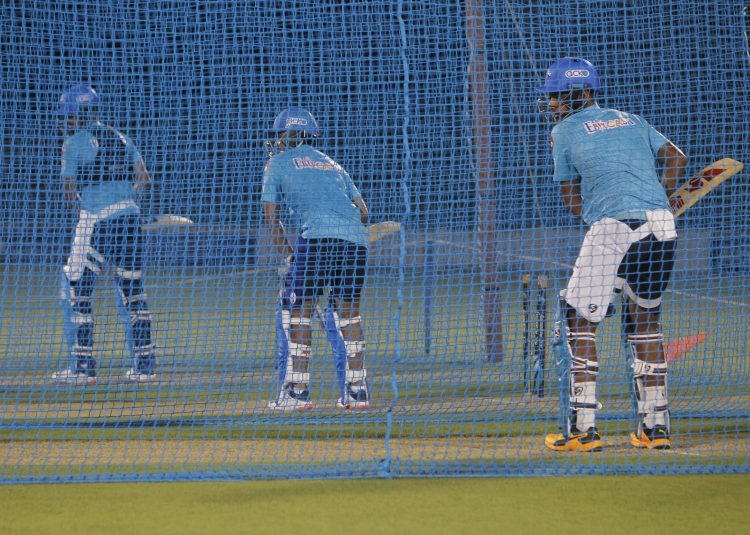 IPL’s unhappy tryst with COVID-19 just doesn’t seem to end. Days after news that the entire Chennai Super Kings (CSK) contingent, barring the 13 infected, had tested negative for the novel coronavirus, the cash-rich tournament has been hit by word of a fresh positive case.

A member of the support staff of the national cricket team, who is currently in the United Arab Emirates as part of the medical committee of the Board of Control for Cricket in India for this year’s IPL, is learnt to have tested positive for the dreaded contagion.

With the latest addition to the count, the IPL’s COVID caseload has now gone up to 14. As many as 13 members of CSK, including 2 players – India speedster Deepak Chahar and Maharashtra batter Ruturaj Gaikwad – as well as backroom personnel, are currently in isolation after failing the COVID test. The infected players will be allowed back into the fold after clearing the COVID test twice on recovery.

Media reports claim that the member concerned is ‘asymptomatic’.

In more bad news, Australia speedster Kane Richardson, who turns out for Royal Challengers Bangalore, has pulled out of this year’s IPL, putting his family’s safety over cricket. The pacer, who is currently in the UK with the Baggy Greens for a limited overs series against England, said the decision, albeit tough and unfortunate, is one he doesn’t regret as his wife is expecting their first child.

It is learnt that Australia leg-spinner Adam Zampa has been named the replacement for Richardson in the RCB squad.

The rising caseload has put a big question mark on participation of other overseas stars as well. While some have ganged up with their respective franchises, many haven’t showed up and are believed to be wrestling with a dilemma on whether to travel to the Emirates.

Pacer Josh Hazlewood, a Test regular for Australia who plies his IPL trade for the CSK, has also delayed his decision on joining his franchise in the wake of the Covid cases and could eventually put family first.

Spin King Harbhajan Singh, who is one of the marquees in the CSK roster, is also believed to be in conflict on whether to travel to the Emirates.

Meanwhile, a report in the Times of India claims that the COVID cases in the IPL bandwagon and the current climate of a global pandemic might impact the participation of umpires from the ICC’S Elite Panel in the cash-rich tournament.

The report said the Indian cricket bosses had reached out to top umpires, keen to enlist them for the showpiece domestic T20 league. However, only three overseas umpires confirmed participation while the rest politely declined.

The daily quoted a source as saying, “(The) BCCI had approached quite a few Elite umpires but they have rejected the offer. For instance, (former Sri Lanka off-spinner Kumar Dharmasena), who has been a regular in IPL over the years, has categorically said no to BCCI. He said he would be busy with cricket in Sri Lanka.”

However, ToI quoted other sources as saying that the BCCI still hasn’t given up on roping in more overseas umpires.

Despite the setbacks, the BCCI mandarins insist that the tournament will go ahead as scheduled. In fact, former India captain Sourav Ganguly, who currently heads the BCCI, has said that he expects the tournament to earn its highest television viewership numbers this year.

While the organisers’ hope of holding another successful season of the IPL, even amidst the gloom that surrounds the event, is infectious, the question on many minds at the minute is whether the hope is contagious enough to dwarf the fallout and impact of Covid-19 on the tournament.