COVID casts shadow on US Open after player tests positive

Frenchman Benoit Paire has been withdrawn from the tournament after failing to clear the COVID test. 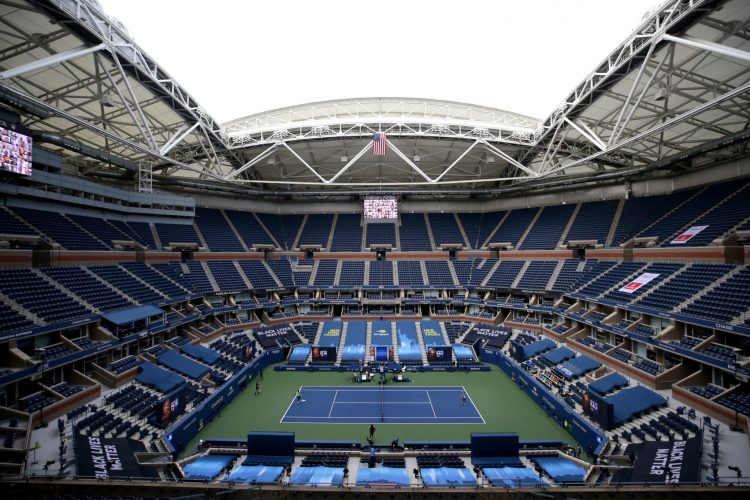 Like a smattering of top-line sporting events that have dared to break free from the corona shackles this year and go on as planned, the US Open will also be hosted in a ‘biosecure bubble’.

However, much like the Indian Premier League, the year’s last Grand Slam seems to have gotten off to the worst possible start. While the IPL has been imperiled following word of COVID cases in one of its franchises – the Chennai Super Kings (CSK), the biosafety bubble around the US Open quite literally popped after one of the enlisted players, Frenchman Benoit Paire, was learnt to have tested positive for the novel coronavirus.

While Paire has since been withdrawn from the tournament as per the protocols in place, there is no word yet on whether his coach, Morgan Bourbon, has also been infected.

While there’s no clarity yet on where the Frenchman is isolating at the minute, it is understood that an effort is already under way to find out if there’s any tournament official or ground staff that he may have come into contact with since showing up at the event.

The rules stipulate all enlisted players to go in for a battery of tests on arrival at the venue. Every player along with his/her contingent has to undergo a test as and when they make their way into the bio bubble.

The second test is conducted 48 hours after the results of the first come in. The same is followed by several other testing protocols.

The idea behind the series of tests, spaced out as they are, is to take into consideration the amount of time that a virus can stay inside an infected body.

However, Paire isn’t the first to have tested positive ahead of a tournament. Reports quoting officials said that a non-player tested positive a few days back and was immediately shifted to an isolation facility.

With two confirmed cases already, there are question marks on whether the tournament will go ahead. The tournament rulebook doesn’t call for the event to be cancelled or called off if a player tests positive.

While rules say a player is to be withdrawn forthwith if he tests positive for coronavirus there is nothing on how many positive cases could prompt the organisers to cancel the event.

Releasing a Player Q&A update a few days back, the United States Tennis Association (USTA) clarified that there isn’t any available guideline on the number of positive COVID tests that could lead to cancellation of the event.

Dispelling fears around the immediate future of the tournament in the wake of the recent developments, the organisers said they are ready and equipped to meet all contingencies and the Slam isn’t under any threat.

One can’t help but draw a parallel with the IPL here as well, as the organisers of the cash-rich tournament are adamant that the COVID cases in the CSK shouldn’t put the event in doubt.

Though there is no confirmation yet, one can’t rule out more pullouts from the Slam in the wake of the Paire’s forced withdrawal. While the organisers are adamant that the tournament is on, there are questions on whether the Benoit Paire episode has pointed to holes in the bio bubble.

Paire touched down in New York in mid-August and had cleared all tests but the last one. Hence, what’s of concern is that the Frenchman, by all appearances, may have contracted the virus after entering the bubble. This, in itself, ought to raise doubts on the organisers’ claim of a secure playing environment.

Even as the tournament rolls, expect the players to battle not just their opponents but also a fear of the unknown.