CWC 19: Enigmatic Shakib Al Hasan Has Been Most Valuable Player 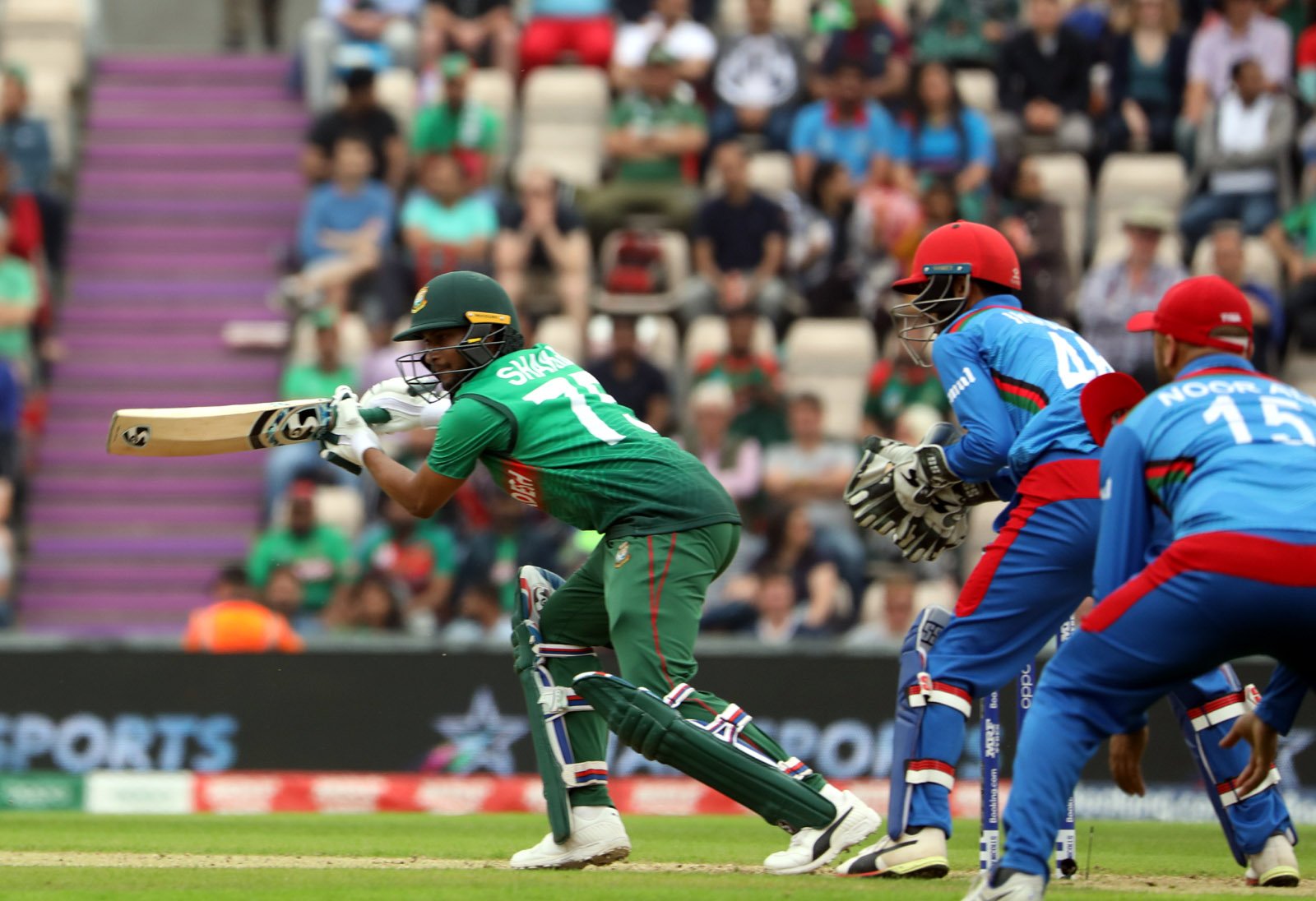 There have been some great performances across ICC World Cup editions. Several top-notch stars ruled the tournaments with some class performances that will be cherished forever.

In the ongoing ICC World Cup 2019, we have had the privilege of seeing some brilliant shows, but Shakib Al Hasan has taken the initiative to another level.

The ongoing 2019 World Cup has belonged to the Bangladeshi all-rounder. His inputs with both bat and ball have been pleasing for Bangladesh.

The number one ranked all-rounder needs to be lauded for taking the initiative and asking the Bangladeshi management to promote him up the order for the World Cup.

Bangladeshi think tank followed suit and utilised Shakib at number three since their opening encounter. For several years, Shakib batted in numerous positions and he arrived down the order.

There were shades of inconsistency with the bat. But things changed rather drastically for the senior cricketer.

Coming in at number three helped him spend more time at the crease and the smell of the new ball helped his stroke-play.

What followed was his effortless shot-making abilities and some lustful strikes across the ground.

Everything seemed to improve for the left-handed batsman. It is the best version of Shakib in ODI cricket. This is vintage stuff.

Shakib has been tremendous with both bat and ball in World Cup 2019.

Having said that, this makes him stand out as the Most Valuable Player so far. Bangladesh have two more games left in the league stage.

They are very much alive in the tournament and need to wins to have an outside chance of qualifying for the semis.

Here we analyze how Shakib has thrived in CWC 19 and how much of his influence can help the Tigers.

Shakib’s batting the best in a long long time 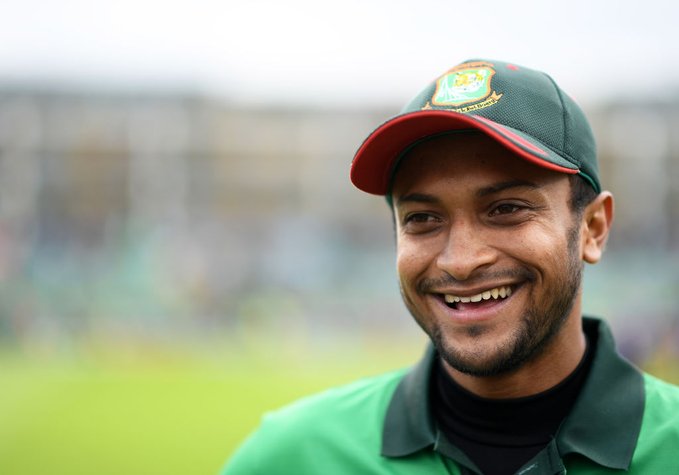 This needs to be highlighted. This is the best we have seen Shakib bat in his ODI career.

The veteran cricketer has scored a whopping 476 runs so far with five 50-plus score in six innings. The consistency level has been the highlight.

He has looked to find the gaps, rotate the strike well and launch an attack if anything is in his zone.

This has been a calculated Shakib, with a keen eye to score rapidly. His positive nature has helped Bangladesh big time in the World Cup.

Shakib has been mindful of the conditions and the runs have followed. His best knock came against West Indies where he amassed an unbeaten 124* to counter a massive target of 322 in just 41.5 overs.

His scores in the ongoing tournament read: 75, 64, 121, 124*, 41 and 51. The record World Cup run-scorer for Bangladesh is currently decimating bowling attacks.

He has already amassed 616 runs from nine matches in 2019 and is unsurprisingly his team’s highest run-getter. With two tons and five centuries this year, Shakib saved his best for the World Cup. This will be of immense value for the Tigers. 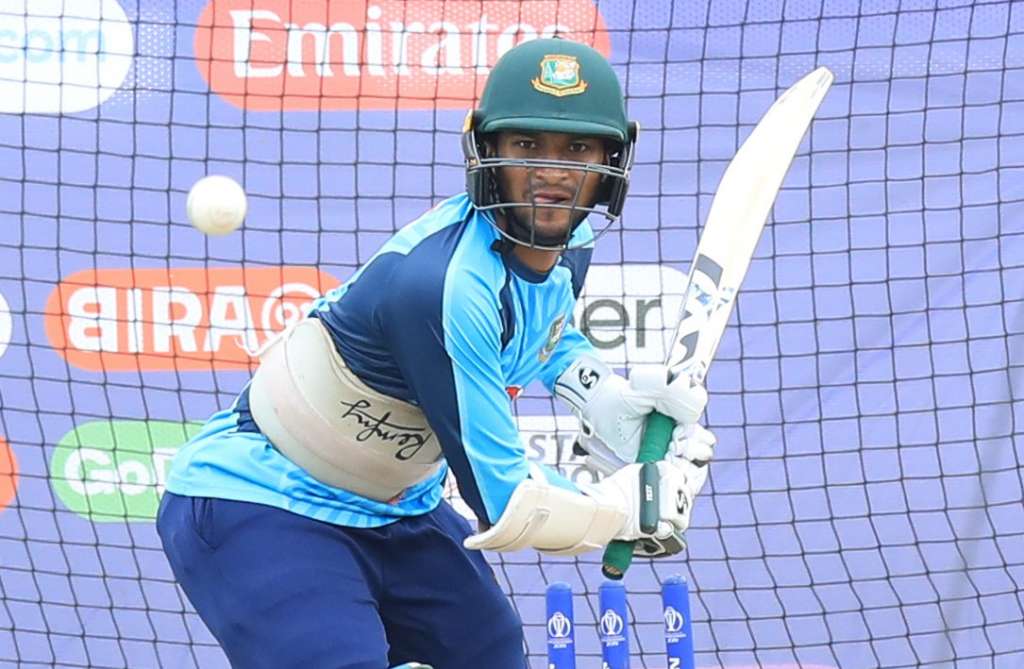 Shakib’s all-round brilliance has inspired Bangladesh. The 32-year-old showed his magic on a challenging surface at the Hampshire Bowl against Afghanistan in the previous match when he scored 51 from 69 balls.

He is also the first cricketer ever in World Cup history to score more than 400-plus runs and take 10 wickets as well. His figures of 5/29 was the best ever recorded by a Bangladeshi player in a World Cup match.

Shakib also became the first Bangladeshi batsman to hit 1,000-plus runs in World Cup. This is a feat very few in world cricket have achieved.

The left-arm spinner also became the first player in World Cup history to score 1000+ runs and take 30+ wickets as well. He leads the wicket-taking charts for Bangladesh.

Today’s all-rounders may not have the same profile as the golden era players did in the 1980s.England’s Ian Botham, Pakistan’s Imran Khan,

India’s Kapil Dev and New Zealand’s Richard Hadlee were all stalwarts of the game. Shakib with all that he has achieved in World Cup history, deserves to be in the bracket with these biggies.

He is a legend of this game and it’s time we celebrate this moment.

Shakib can inspire the Tigers in CWC 19 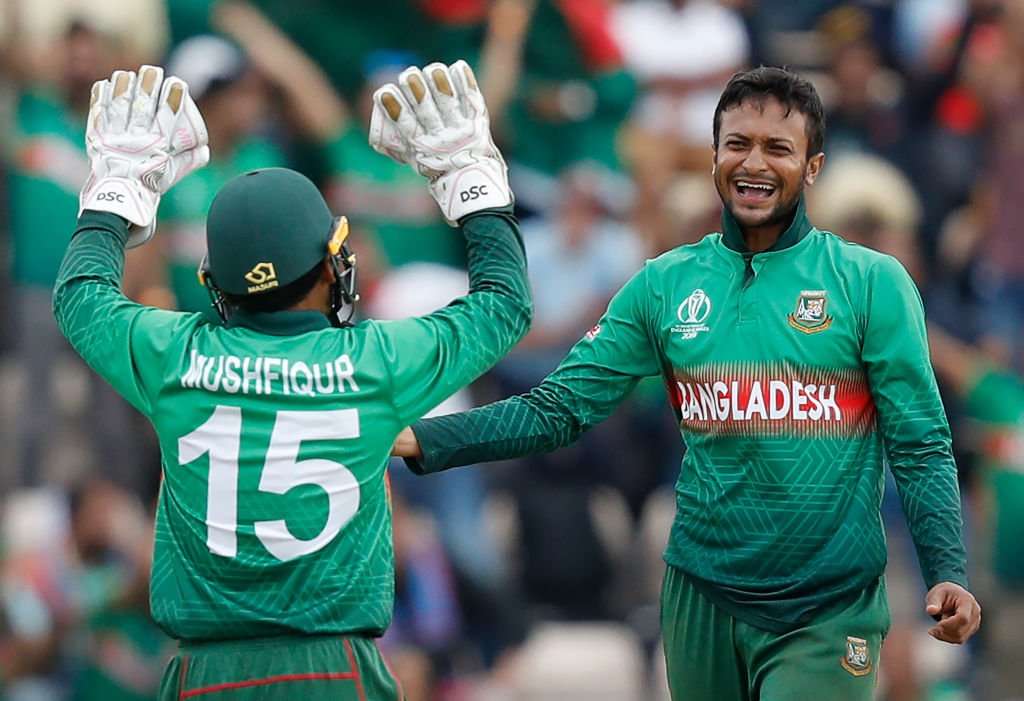 Bangladesh has two difficult matches on their way in the ongoing World Cup.

They will face Asian rivals India and Pakistan. In order to have a chance for semi-final qualification, the Tigers need to win both games. Can they do it? Well, with the flair shown in the 2019 World Cup, Bangladesh will definitely give these two a run for their money.

India has struggled with its middle order. It is something Bangladesh will target. Pakistan, on the other hand, has been inconsistent. Although, they have picked up form at a crucial juncture and that’s good for the tournament.

“We have a very important game coming against India. They are a top side, one of the title contenders. It’s not going to be easy but having said that we’ll give our best shot,” Shakib said.

Shakib is someone Bangladesh will depend upon. It isn’t a one-man show as the Tigers have been collective. But Shakib is their main hero. They will rally around the senior pro.

If anybody can target the bowlers of both these sides, then the onus should be given to Shakib. Not to forget, his left-arm spin will challenge both sets of batsmen from each side.