Daniel James deserves another season to prove himself at Manchester United

Manchester United should steer clear from the idea of selling Daniel James after one season amidst interest from Leeds Unied. 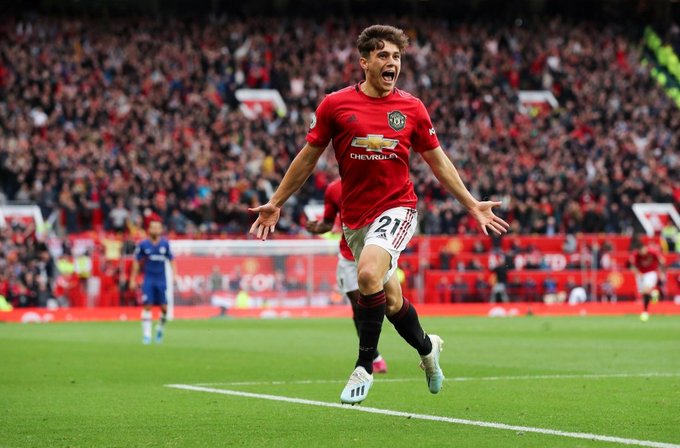 Daniel James’ debut goal against Chelsea on the opening day of last season to cap off a 4-0 win for Manchester United seem to be a long time ago. A lot has happened since then, the world has changed dramatically over the last 13 months and James’ future at Manchester United is also under the scanner.

Following a brilliant start to his Manchester United career, the Welshman struggled as Ole Gunnar Solskjaer was forced to overplay him and he looked knackered by the time the campaign finished in August.

Mason Greenwood had taken his place in the team and Daniel James didn’t do much to prove his detractors wrong when he started against Crystal Palace last week. Greenwood was back in the team against Brighton and with Manchester United chasing Jadon Sancho, James’ future at Old Trafford seems precarious.

The winger was inches away from joining Leeds United in January until Swansea City backed out of the deal at the last moment. Marcelo Bielsa has not lost sight of the player and wants to take him to Elland Road before the window slams shut next Monday.

Apart from the complication of Manchester United selling a player to Leeds, should the Red Devils really be taking a call on Daniel James’ future after just one season?

Daniel James was not signed by Manchester United to play week in, week out

Daniel James’ signing last year was heralded as Manchester United bringing in a top Championship performer to improve their squad. The Welshman played 46 times in all competitions and started 26 times in the Premier League. He was never supposed to play that many games.

The winger was brought in as someone who could cause problems from the bench with his pace and was supposed to be an impact substitute. But Manchester United’s failure to add more players and injury issues meant Ole Gunnar Solskjaer was forced to play James into the ground in the first half of the season.

The winger looked knackered halfway through the campaign and was asked to operate largely from the right side while he was more comfortable to play in the left-flank. While he is not top quality, James’ has his use in a squad and his role was supposed to be of a squad player.

Instead, he was asked to shoulder the burden of being a starter at a big club such as Manchester United in his first season in the Premier League. For a young player coming from the Championship, it was overwhelming and it is no surprise that he looked out of place in some games of the games.

As a squad player, Daniel James can still make an impact and his pace will scare the hell out of any defenders. There is a reason Marcelo Bielsa wants him at Leeds United. His willingness to run through brick walls for his team and the discipline and work rate he brings to the table would attract a manager of the Argentine’s ilk.

Manchester United should keep him at the club

The Premier League giants are keen to bring in a right-side forward in the final week of the transfer and they are expected to make a bid for Jadon Sancho in the coming days. Regardless of whether they succeed to sign the Dortmund winger, Daniel James should not be sold or loaned out.

If Sancho arrives, it would be a likely boon for James. The Welshman would become the natural cover to Marcus Rashford on the left and he is clearly more comfortable operating from that side of the pitch. It would give Ole Gunnar Solskjaer to further play around with his forward line and he could unleash a fresh James on teams when needed during the season.

The 2020-21 campaign is going to be very condensed and Manchester United will need players of Daniel James’ quality over the course of the season as the fixture list piles up.

The winger would eventually get a year where he could be bedded in without him having to shoulder the burden of being in the starting eleven every week.

The winger deserves another opportunity to prove that he belongs at Old Trafford after a difficult first season and the feeling is that Solskjaer won’t write him off just yet.

And most importantly, Leeds United want him. Why should Manchester United even consider letting the Whites have a player who they have been chasing for the last 20 months? A deal should be a non-starter.