David de Gea was the best goalkeeper of the Premier League for large parts of this decade, but something has been off in the last 18 months and it threatens his legacy at Old Trafford. 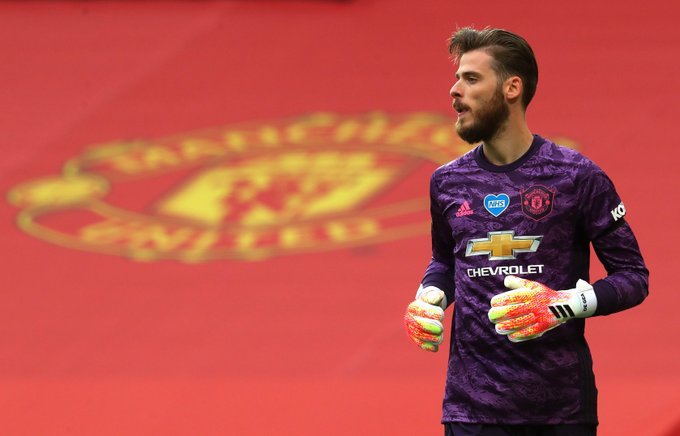 They were on the verge of leaving west London with a point when it seemed that they were in for a rout. Bur deep into stoppage time, then-Chelsea star Juan Mata had a free-kick at the edge of the box.

Chelsea could still clinch all three points with a waft from Mata’s magical left-foot. Stamford Bridge waited with halted breath as the Spaniard stuck a sweet left-footed free-kick that looked destined for the top corner. But that was until David de Gea flew high to keep it away from his goal.

A quick shuffle with his feet, the Spaniard flung himself towards the upper corner of his goal and a strong right hand kept the ball from getting buried into the top corner. No one believed that De Gea kept it away, including Mata himself.

That day changed the course of David de Gea’s career at Manchester United. There were question marks over the club’s decision to sign him as Edwin van der Sar’s long term replacement.

He was out of the team for a month until Anders Lindegaard picked up an injury and it allowed the Spaniard to feature in that game against Chelsea.

Since then, De Gea has established himself as one of the best goalkeepers to grace the Premier League and possibly the league’s best for a few years running.

His recent struggles aside, the Spaniard will go down in the league history as one of the best custodians in goal.

A difficult start at Manchester United

Sir Alex Ferguson missed only two games during his time as Manchester United manager – one was for his son’s wedding and the other one was to travel to Spain and watch David de Gea in action for Atletico Madrid.

The Spaniard was just 21 when he joined Manchester United but by that time he had won the Europa League and was considered a top goalkeeping talent.

For starters, De Gea looked a kid in an overgrown goalkeeping kit at Old Trafford and there were notable struggles. He was struggling to deal with the physicality of the Premier League and was seen flapping at balls.

There were high profile blunders against Manchester City, West Brom, and Blackburn earlier in his first season.

While talented, David de Gea was still very young and lacked a commanding presence inside his box and his early struggle was more or less expected. But the English press ripped into the Spaniard and questioned Manchester United’s decision to sign him.

But all the changed in that one evening at Stamford Bridge.

One of the best montages of David de Gea features his early struggles and the transformation into the best goalkeeper in the Premier League with Imagine Dragons’ ‘Monster’ playing in the background.

It truly captures the Spaniard’s career at Manchester United – doubted and ridiculed in his initial months and then feted as the goalkeeping monster he became.

Since then, he won a league title, was named in the PFA Team of the year five times and won the Sir Matt Busby Player of the Year award a record four times, illustrating both his importance to the Red Devils and his overall dominance in between the sticks over a long period of time.

Without De Gea, I am not sure Manchester United would have even finished in the top four that year. He was the difference between finishing second and missing out on Champions League football. He was that brilliant.

A performance against Arsenal in 2017 is often considered as one of his best. But a more impressive showing came against Tottenham last year where he made eleven saves in a game Manchester United won 1-0.

To be honest, Manchester United had no business winning that game but there was a feeling Tottenham wouldn’t have found a way around David de Gea if the game continued for another 90 minutes.

The use of his feet against both the north London clubs was astounding. To goalkeeping purists, it might seem an abomination but the Spaniard has turned it into an art form and it is one of the most difficult things to pull off.

The timing, the positioning and the anticipation has to be inch-perfect to make that block and David de Gea has mastered it.

And yes, he is not shabby with his hands either, just ask Jeison Murillo.

David de Gea went into the Russia World Cup on the back of a season where he dragged Manchester United to a second-place through the sheer weight of his performances between the sticks.

But the World Cup was a disaster and since allowing Cristiano Ronaldo’s striker to creep in under him, the Spaniard has not been the same.

The man who went into the World Cup was not the same who came back to Old Trafford. While there were astounding saves that took your breath away, there have been too many uncharacteristic errors as well over the course of the last season-and-a-half.

In what should have been routine saves, David de Gea has allowed goals to let in against Crystal Palace, Tottenham and Chelsea this season. They looked straightforward but slight technical chinks has led to the Spaniard making mistakes.

His timing and balance were off for all those goals and the routine stops were not so routine anymore.

It is impossible to suggest that there are irreversible technical breakdowns and the most logical explanation is that it is a psychological issue.

Goalkeeping is intensely mental and might be the most psychologically challenging position in a football team. One needs to maintain the serenity of a Himalayan Yogi while being angry enough to strike when called into action.

The best goalkeepers get the balance right and for a long time, De Gea got that right too.

At his best, David de Gea was able to keep his mind clear and analytical and computed all the probabilities before taking up the best position possible to save a shot. The reason he made it look easy because of the balance he had both in mind and body.

Now, he seems muddled in his thinking, getting caught up in moments and making wrong decisions.

It is also important to point out that Manchester United’s game has shifted in the last 18 months. Under Ole Gunnar Solskjaer, their defensive performances have improved and they have conceded a far fewer number of shots on goal compared to Jose Mourinho’s time.

For goalkeepers, it is far easy for them to keep focus and concentrate when shots are flying in every minute and far more difficult when nothing happens for large periods and suddenly a shot comes flying in out of nowhere.

It is easy to lose focus when nothing happens for large stretches of a game especially when you are used to being under constant pressure for large parts of your career like David de Gea.

Sergio Romero is a top number 2 but he has never been good enough to challenge David de Gea for a spot in the eleven. But that challenge could come next season if Solskjaer decides to make Dean Henderson as part of his squad.

The 23-year-old has been impressive over his two-year loan spell at Sheffield United and is itching to get a shot at Old Trafford.

De Gea will come under real pressure for a place in the eleven for the first time since his first season at Old Trafford if Henderson is part of the squad next season.

The Spaniard is still only 29 but his biggest challenge will be to motivate himself and find ways to keep his focus and concentration. He also needs to get rid of the bad habits that have crept into his game ad that work can only be done through rigorous training.

Manchester United could still loan out Dean Henderson again this summer and stick with David de Gea but for the Red Devils to turn from top four contenders to title contenders, they need the Spanish international to get back to that level where he was considered the best in the Premier League.

If not, Manchester United could soon be pondering over a future without David de Gea, something that seemed unthinkable a few years back.