Yorkshire all-rounder withdraws from England's domestic T20 league, three other teammates who came in his contact pulls out as well 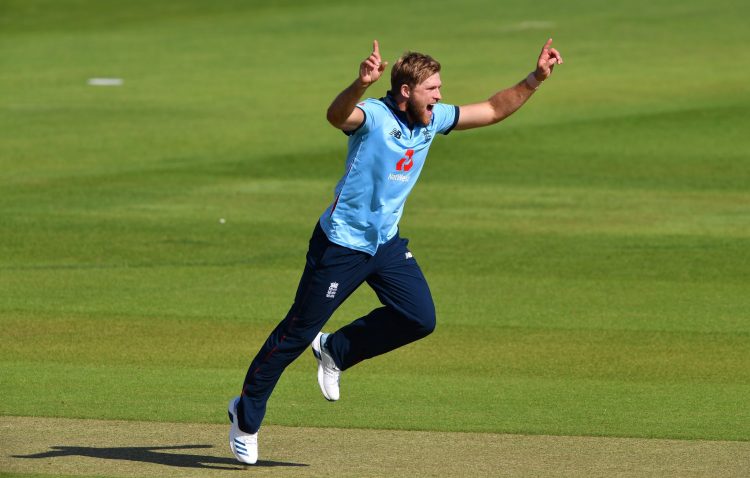 The shadow of COVID-19 seems to be creeping up on England’s domestic cricket circuit as close on the heels of a County game that was abandoned over fears of the contagion, limited overs regular David Willey has announced that he has tested positive for the virus.

The Yorkshire all-rounder, who last featured for England in the T20I series against Ireland in August, took to social media on Thursday to announce that he had withdrawn from the remainder of the domestic T20 series – the Vitality Blast – after testing positive for the novel coronavirus.

Taking to popular micro-blogging site Twitter, the all-rounder announced, “Thank you for all the kind messages. My wife & I received positive COVID test results. Gutted to be missing the remaining games (for Yorkshire in Vitality Blast). Even more devastated that having been in contact with the other 3 lads Sat morning (before we had symptoms) means they’re at risk and unavailable too.”

The other three players in question – Tom Kohler-Cadmore, Josh Poysden and Matthew Fisher – have also been withdrawn from the Yorkshire squad. The county, in an official release, announced that the three players, who came into contact with Willey recently, will take no further part in the Vitality Blast.

“YCCC (Yorkshire County Cricket Club) can confirm that Matthew Fisher, Tom Kohler-Cadmore, Josh Poysden and David Willey will be unavailable for the remaining Vitality Blast group matches after a positive Covid test was received,” the statement released by the county read.

A left-arm pacer and a handy, free-scoring lower order batsman, Willey turned out for the Chennai Super Kings (CSK) in the 2018-’19 season of the Indian Premier League (IPL).

All four Yorkshire players have been advised to go into quarantine for 14 days, in keeping with the COVID-19 protocols.

Earlier, a Bob Willis Trophy game between Northamptonshire and Gloucestershire was abandoned after word filtered in that an unnamed Northants player had tested positive for COVID-19.

While the player in question was not part of the Northants squad and had gone into self-isolation while awaiting his test results, the match was called off as several teammates had reportedly been in contact with him 48 hours before he started showing COVID symptoms.