Did Rohit Sharma Deserve Wisden Cricketer of the Year 2020? 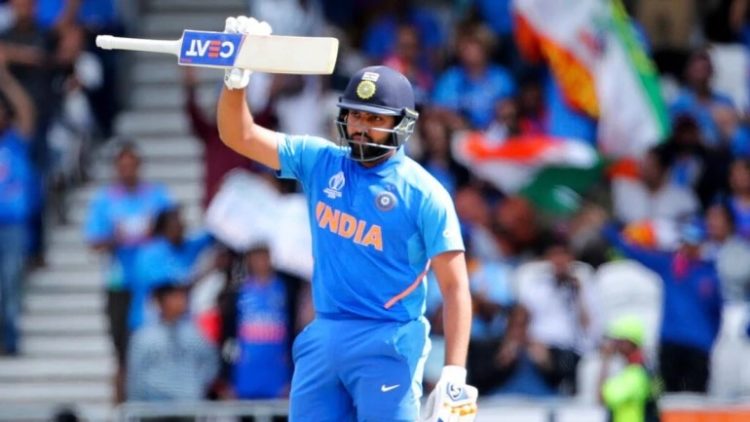 Did Rohit Sharma Deserve Wisden Cricketer of the Year 2020? VVS Laxman thinks so and cites his performance in the 2019 Cricket World Cup to support his view.

Following the publication of Five Wisden Cricketers of the Year for 2020, former Indian batsman, VVS Laxman expressed shock over non-selection of Rohit Sharma for the honor despite being the top scorer in the 2019 ICC Cricket World Cup.

The test veteran said that, anyone who follows the game would be surprised to not see Rohit’s name in the list of Five Wisden Cricketers of the year.

“Because yes, The Ashes is an important series, the World Cup is bigger than Ashes. And someone who has scored five hundreds”

Wisden Cricketers’ Almanack has been publishing a list of five cricketers of the year since 1889. The cricketers that have had the greatest impact during the last season are the ones honored in the list.

Very often do players have a year like the one Rohit Sharma had 2019. You name it and the Indian opener, who has earned the moniker of ‘hitman’, was there on the top of all the charts.

In Tests, he amassed an impressive 556 runs in 6 innings of the 5 matches he played at prolific average of 92.7 and a strike rate of 76.

As mentioned in the beginning, Rohit Sharma was also the highest run scorer of 2019 Cricket World Cup in England. He scored 648 runs averaging 81 with 5 centuries in 9 matches. His 648 were just 27 runs short of Sachin Tendulkar’s all time highest of 673 runs in 11 matches, in a single edition of World Cup (2003).

Including his 396 runs in the T20Is, Rohit Sharma piled on a collective of 2442 runs in 47 international innings at an average of 53.08 and a strike rate of 91.28 in the 2019. As result he set a new record of most runs in a calendar year by an opener across all formats, breaking Sanath Jayasuriya’s 22-year old record.

The above presented stats, beg a question: What does Wisden mean when it says, “the cricketers that have had the greatest impact during the last season?” Doesn’t Rohit Sharma appear to have made an impact with his phenomenal run scoring in 2019?

Sharma scored more than 50 in 9 of these 19 matches. Out of these 9 innings 2 innings, both centuries, against Pakistan and South Africa in 2019 World Cup deserve special mention. Even VVS Laxman stressed on these innings while presenting a case for Rohit in Wisden’s list of cricketers of the year.

If we were to deduce Rohit’s contribution in India’s victory based on the 9 matches out of 19 where he scored more than 50, it translates to just under 48 percentage. Isn’t that impactful, if I may ask?

But, can the data revel the true picture without figuring in the match situation, the nature of the pitch, the quality of the bowlers, among others when the innings were actually played by Rohit or any other player for that matter.

Should we compare the performance of the all the players who made it to the Wisden’s cricketers of the year list to answer our question.

However, VVS Laxman is very right in pointing to Rohit Sharma’s magnificent performance in the 2019 World Cup, which it was undeniably!

The kind of nick Rohit Sharma is in currently, he will pick where he left and we hope 2020 will see him play many more innings and he will be one of the cricketers with “greatest impact”.

Till then let us know, what is your take on our question: Did Rohit Sharma Deserve Wisden Cricketer of the Year 2020?