KKR skipper said it won't be fair to judge his bowling spearhead as he went into the game straight from quarantine. 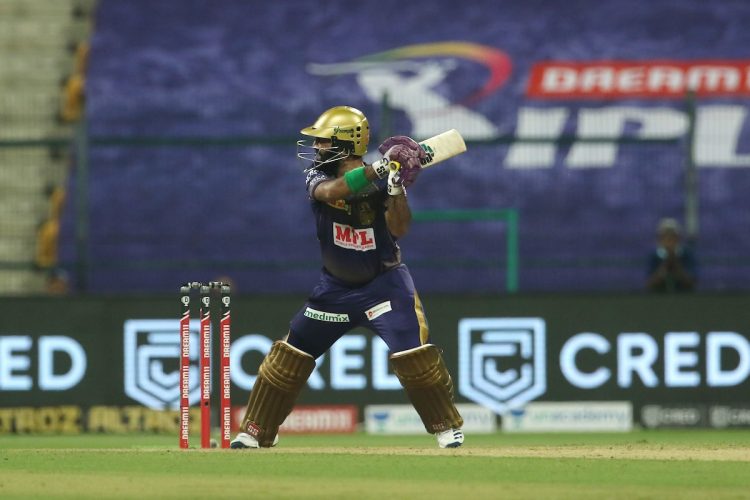 Coach Brendon McCullum had vowed that his boys would put their best foot forward in their IPL opener against Mumbai Indians. However, apart from speedster Shivam Mavi‘s opening burst and miserly closing overs, there wasn’t much in the way the Kolkata Knight Riders went about their business in Abu Dhabi to suggest they were hot on Mumbai’s heels and keen to open their IPL campaign with a win.

In terms of backroom strategy, on-field decisions and the brand of cricket that they dished out on the day, the Knights were clearly a step or two behind the Mumbai franchise.

Speaking at a virtual post-match press conference, KKR skipper Dinesh Karthik picked out Mavi as the only positive to have come out of a game where not much went to plan.

Asked to assess the performance of the Noida speed gun, who sent back Quinton de Kock in the second over and came back later to scalp MI skipper Rohit Sharma to finish with 2/32, Karthik said, “He was really good upfront. The poor guy missed out last season through injury. He is shaping up well and that’s a good sign for KKR”.

To a question why IPL franchises were holding back their big-hitters just to keep the left-hand-right-hand combination going, DK said, “Conventional wisdom says it’s not easy for bowlers to bowl consistently to a left-hand-right-hand batting combination. If they err in line and length, they could be taken for runs. If it’s an advantage for teams, sometimes they tend to use it.”

Asked if there was a specific plan to make the MI batters target the square boundaries, and, if so, did it come off well, Karthik said, “We thought slower balls on this (Abu Dhabi) deck won’t be easy to score off and hence, we tried bowling it a lot. However, some of our bowlers dropped it short and that’s how the square boundaries came into play.”

Coming off quarantine and heading straight into the heat of battle, Australia speedster and KKR’s bowling spearhead Pat Cummins had a rare bad day in office, conceding 49 off three overs.

Asked whether their strike bowler going for runs had a bearing on the outcome of the match, DK said, “It’s extremely unfair to judge him right now.

He’s just off quarantine and it was literally at 8.34am (on Wednesday) that he got permission to play this game. We’re happy to have him here. He’s a champion bowler and I’m sure he’ll come good.”

His decision to bat number 3 at a time the KKR were way below the asking rate in their chase of 196 did raise questions.

Quizzed whether his decision to come ahead of the likes of Eoin Morgan and Andre Russell was a tactical one of will it be the same in the coming games, the KKR skipper said, “It depends on what score we are chasing or where we are in the game. An advantage with our batting is that we’re very fluid and I think we should keep it that way.”

While not much ought to be read in an opening game loss, KKR need to find their bearings and come back strongly as the defending champions did if they are to lay down a marker in the tournament.