Dissecting the fate of Gareth Bale at Real Madrid

A look at how things turned sour for Gareth Bale at Real Madrid and where he might end up next season. 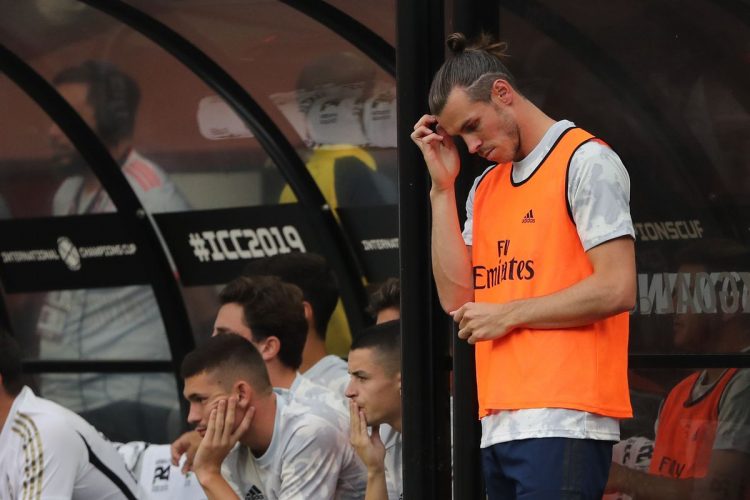 Seven years back, La Liga giants, Real Madrid, broke their transfer record to sign a high-flying winger from the Premier League. Los Blancos had to wait until the deadline day to confirm the move, but the promising forward was finally unveiled at the Santiago Bernabeu.

Seven years later, in 2020, Real Madrid have become desperate to offload their once-celebrated jewel. The relationship between the club and the player is believed to be beyond repair, and a messy divorce is likely to be the only conclusion.

What went wrong for Gareth Bale at Real Madrid?

Struggling with niggling injury concerns, he didn’t have an easy time at the Bernabeu in his debut campaign. He missed a bunch of games and was subbed off in some others.

When Gareth Bale put pen to paper in 2013, he had the sole objective of helping Real Madrid end their European drought. He was brought in to partner up with Karim Benzema and Cristiano Ronaldo and make Real Madrid a force to be reckoned with.

However, whenever he did come on, sparks were guaranteed to fly. He scored an absolute stunner in the Copa del Rey final to beat Barcelona and scored the header that gave Real Madrid the lead in the Champions League final against Atletico Madrid. He bagged two big trophies in his first season and was deemed a superstar.

In 2014/15, he managed to keep himself fit and featured in most of the games. Unfortunately, he failed to produce his first-season efficiency and was one of the more forgettable players throughout Real Madrid’s trophyless campaign.

To make matters worse, his agent went straight to club president Florentino Perez to get a more central role for Gareth Bale. Carlo Ancelotti was eventually sacked, and Bale was thought to be one of the influencing factors behind the decision.

Next season, he once again managed to produce the goods when called upon, but he didn’t feature in many of Real Madrid’s crucial matches. Madrid won the Champions League again, and Bale played a starring role.

The next two seasons saw the club win two more Champions Leagues and a La Liga title, but Gareth Bale wasn’t at the heart of Real Madrid’s good fortunes. He scored the decisive brace in the 2017/18 final, of course, but his post-match comments about Zinedine Zidane were deemed unnecessary.

Zidane and Ronaldo left at the end of campaign, and Bale finally got the chance to be Real Madrid’s saviour. He didn’t get injured as often, but he was one of the least influential players on the pitch. The Frenchman’s return was the final nail in the coffin, as he almost always preferred Vinicius Jr, Rodrygo, or Lucas Vazquez over the Welshman.

What next for Gareth Bale?

As per reports, Real Madrid are determined to get rid of Gareth Bale in the summer transfer window. They believe the player is bad for morale and is hurting the club financially. Los Blancos are reportedly prepared to even pay half of Bale’s wages to facilitate a move away from the Santiago Bernabeu.

Last season, a Chinese Super League side were interested in Gareth Bale’s services, but Real Madrid didn’t want to let the player go for free. This year, Real Madrid are only looking to push Bale off their books, irrespective of the fee he fetches.

Currently, Premier League sides, Tottenham Hotspur and Manchester United, are the only two teams linked with a move, and the Spanish champions are doing all they can to sweeten the deal.

At 31, Gareth Bale isn’t exactly an ideal fit for most Premier League clubs. His rich injury history won’t also make things any easier. However, given the current circumstances, Real Madrid and Bale must work together to make the divorce official. Their current arrangement is an embarrassment to football.