Djokovic marches into Round 4, Tsitsipas bows out 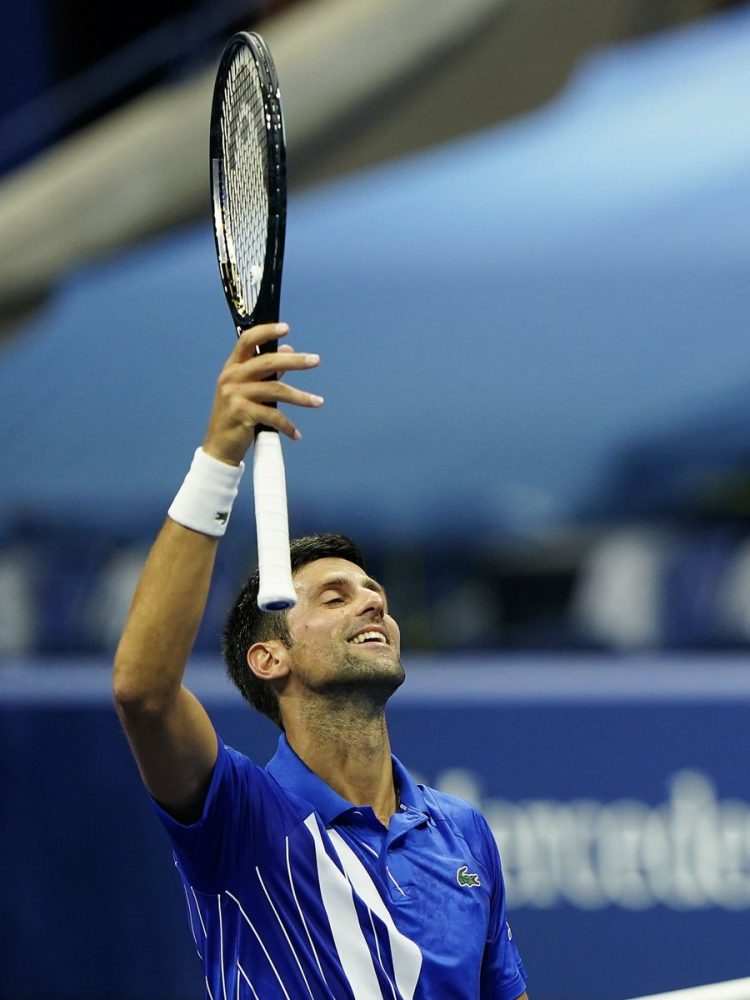 Day 5 at the Flushing Meadows saw seventeen-time Grand Slam winner Novak Djokovic marching into Round 4 with a straight-set win over 48th-ranked German Jan-Lennard Struff. The victory took his unbeaten run across events this year to 26-0.

Known to better his game with every match in a major, the Serb brought his best tennis, so far, to the Arthur Ashe stadium as he ran out a commanding 6-3, 6-3, 6-1 winner over his German opponent. He will be up against 20th-ranked Pablo Carreno Busta in the fourth round. The Spaniard also came through in straight sets against the unseeded Ricardas Berankis.

Taking to the famed arena before the Djokovic-Struff match, World No. 9 Japanese Naomi Osaka moved to Round-4 after being stretched to three sets, again, by 137th-ranked Ukrainian Marta Kostyuk. After taking the opening set, Osaka dropped the next. However, she lifted her game just enough to see off the Ukranian 6-3, 6-7, 6-2. Quizzed on her support to the ‘Black Lives Matter’ movement after the game, the World No. 9 said, “I don’t know if I feel like I’m doing anything, but people say ‘thank you’  and ‘I’m proud of you’, and for me that’s something that’s really touching my heart.”

Sharing her thoughts on the game, the Japanese said, “You get in uncomfortable situations sometimes, and you definitely have to adjust to them, and you really can’t really bulldoze your way through.”

In more third-round action at the Arthur Ashe, World No. 17 Canadian Denis Shapovalov survived a draining five-setter against 25th-ranked American Taylor Fritz. The scoreline at the end of the evenly-matched encounter stood at 3-6, 6-3, 4-6, 7-6, 6-2.

Asked what draws him to the US Open every year, the Canadian said, “I do get a lot of love in New York.”

Saying she was among the many who felt the tournament might not get off the ground this year, Kvitova said, “A few weeks ago, I didn’t have any idea if the US Open would take place. For me, it’s a miracle that it’s really happening.”

Elaborating on the mindset with which she turns up for every game, Kerber said, “Every tournament starts from zero…You have to find a way to give everything every single day.”

World No. 6 Stepanos Tsitsipas, who was seen as one of the contenders to lift the year’s last Grand Slam, saw his campaign cut short by Borna Coric of Croatia. Stretched to five sets by the 32nd-ranked Croat, the long-haired Greek eventually succumbed 7-6, 4-6, 6-4, 5-7, 6-7.

In more men’s third-round action, 5th-ranked Russian Daniil Medvedev will play JJ Wolf of the US.