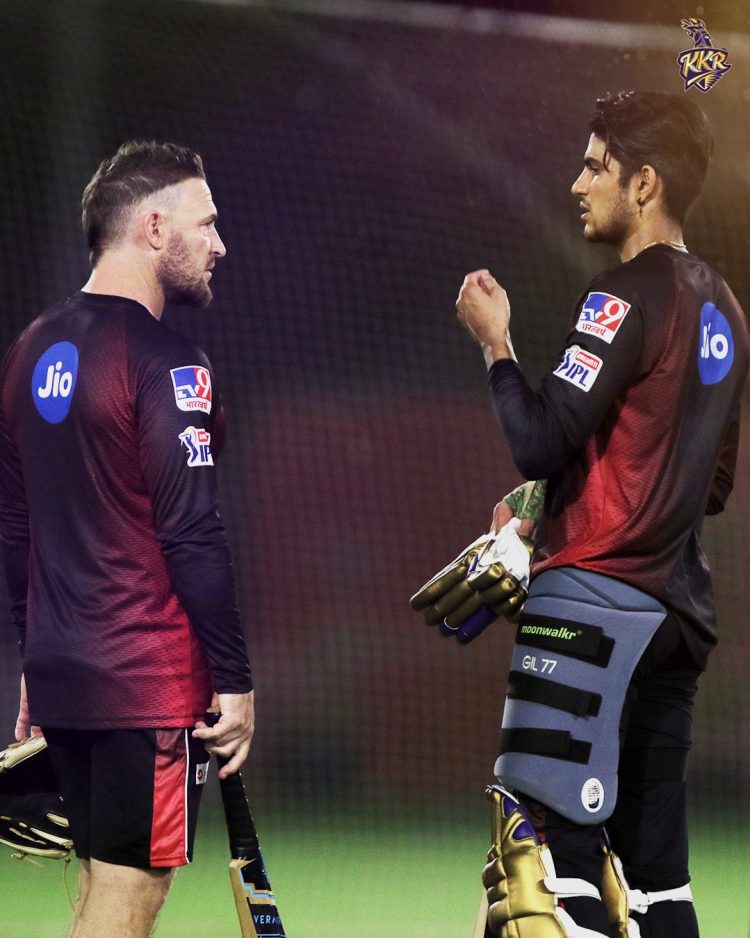 His pyrotechnics with the willow in the inaugural IPL game cemented his status as one of the greats to have pulled on the KKR shirt. Twelve years to the day he lit up the Chinnaswamy with a scintillating 158* off just 73 balls against Royal Challengers Bangalore, former New Zealand skipper Brendon McCullum returns to the Kolkata Knight Riders dugout as the head coach.

In a free-wheeling session with kkr.in, McCullum, who coached the Trinbago Knight Riders to the Caribbean Premier League title this year, shared his thoughts on where the Kolkata franchise stands going into Season 13. Excerpts:

With Eoin Morgan coming back into the squad this year, does it mean Andre Russel will bat higher up the order?

Eoin Morgan was a fantastic acquisition for us at the players’ auction as we wanted to provide more resources around Russel’s six-hitting ability. He will also bring some leadership around skipper Dinesh Karthik.

He led England to World Cup victory and is the standout leader in world cricket. He was someone we were desperate to get and him batting around Dre Russ and Karthik will lend more strength and experience to our middle-order.

The thing that we are going to take a lot of pride in as the tournament unfolds is being smart in utilising our resources against the rival franchises. Russel hit 54 sixes last season from what I remember. He came out of the telephone box (stepped out of the crease) on many, many occasions.

I think his game is definitely suited to the last ten overs of a T20 game where he can control it. But sometimes, the match situation may demand introducing him a little earlier, up the order. However, that may be a horses for courses thing. But the good thing is that we’ve got lots of resources to be able to choose from.

Do you think the KKR’s Indian bowling attack lacks a bit of experience and if so, how important is the role that Pat Cummins is going to play?

Look, the Indian bowlers, on the surface, lack a little bit of experience in terms of game time or games under their belt. But there’s no scars with these guys either. They have an incredible amount of talent. All of them bowl in excess of 140 clicks and work really well together as a unit. All can’t play at the same time but they’ll get their opportunities at some stage in the tournament. I’m so impressed with the skills they possess.

There’s a slight difference in the way they operate and for us, that’s a crucial thing tactically. I think there’s a couple of superstars in the making in our bowling unit. But the really important selection for us at the auction was Pat Cummins. He was a top buy when it comes to overseas pace bowlers.

His pace, his experience and leadership qualities will stand us in good stead. Another aspect of his bowling which will serve us well in the tournament is his ability to take early wickets. If we can strike early, it will help our spinners come into play. I am very content with the bowling line-up we have, particularly on these wickets as I think they’ll have a little more in them than most people anticipate.

Does the KKR squad this year give you the confidence of taking them to their IPL title?

Look, there are eight teams in this tournament and they are all desperate to win this title. Of course, that’s the ultimate aim for us. Do we believe we can do it? Of course, we believe we are capable of winning the title. But it’s gonna take a lot of hard work, a lot of luck to go your way. We need to get hot at the right time.

The key for us is to try and live in the moment, try and play each game with the respect that it deserves and put our best foot forward on every occasion. We need some belief in the talent in our group. That’s all that the coaching personnel can ask for. If we play the game the way it deserves to be played, I’m fairly confident that things will work out well for us. Let’s see.

Take us through your experience of guiding the Trinbago Knight Riders to the CPL title. What coaching lessons from the successful campaign would you like to impart to the lads at KKR?

CPL was a cool campaign for us. The TKR boys were really desperate and hungry to reclaim the title. We have the three of probably the top five greatest T20 players of all time in (Sunil) Narine, (Kieron) Pollard and (Dwayne) Bravo and a collective experience of 2,500 games within our squad.

From my point of view as coach, it was mostly about facilitating them in terms of opportunities and try and get the best out of them from a leadership point of view. My role was mostly to facilitate performances. It was a great experience to be a part of.

This KKR squad, however, is different in that the four most experienced players have played in excess of 250 games taken together. The unit lacks experience but I’m not too worried about that as the desire and hunger in the younger lads makes up for the lack of experience.

It’s a fascinating challenge for me as coach to work with different leaders in the squad. I have played with DK and I’m really looking forward to working with him. He is hungry and determined to win the title for Kolkata this year.