Basis immediate past performance, which drivers would love to bounce back at Mugello? 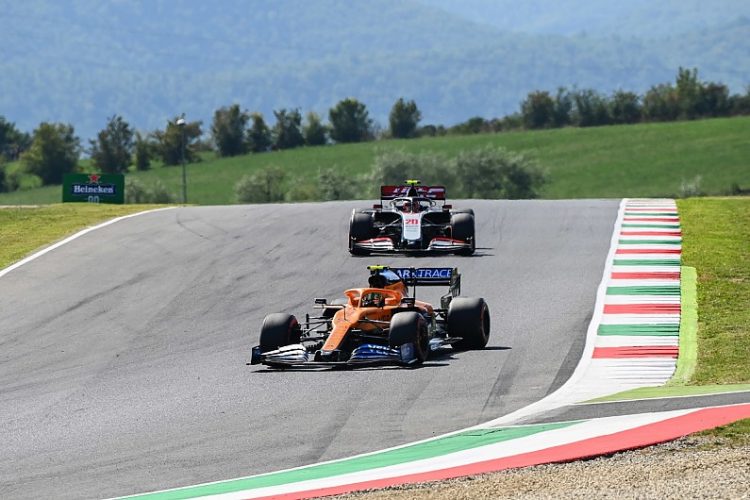 For the first time ever in its 70-year history, Formula is racing at Mugello, the home of the Tuscan Grand Prix. In a bid to explore more venues, and thus, a bigger fanbase, it’s wonderful to note that Formula 1 is expanding its horizons. And could there be a better occasion than to visit the beating heart of Italy for the 1000th Grand Prix of the homeland’s most famous racing team?

Out here in the Italian heartland of Tuscany, Mugello will exact nothing but a taxing phyiscal challenge of the twenty drivers.

A race course that’s hosted no fewer than thirty MotoGP races in the past, Mugello is, by F1’s admission, the third-fastest race track on the current roster (after Spa, Monza); a venue where drivers experience extreme G forces.

So pole-sitter Lewis Hamilton wasn’t really bluffing when he maintained, “I’m very new to it, and still trying to get the hang of it, experiencing high G-forces which really challenge the body!”

But that’s not the only challenge. The profundity of managing tires and dealing with high-track temperatures will yet again be the enormous challenge all ten teams will have to withstand, after evidencing similar issues at Silverstone, Monza, and Spain.

With cars running high-downforce set-ups to nail a track punctuated by 15 corners, it remains to be seen whether drivers can actually make overtaking a habit in the course of the 59 laps that warrant unflustered attention.

Home to the famous Casanova corner, Mugello is a track steeped in racing history and one that the drivers will find a daunting challenge in the hours ahead of us.

So who are the drivers, in particular, that would like to nail the 5.24-kilometer track?

To some, Charles Leclerc’s strong qualifying finish, that earned him a fighting fifth (P5) was perhaps down to luck, for Renault’s Esteban Ocon spun out late in the final Q3 run, prompting yellow flags that surely slowed down the others following Leclerc.

But then, who says that destiny doesn’t favor the brave?

Where it comes to Leclerc, it may not be incorrect to state that he’s the brave man at the Scuderia, trying consistently hard to extract the maximum out of a barely-drivable Ferrari.

Where a four-time world champion has awfully struggled to get to terms with the car, here’s Leclerc who’s squeezed out 45 points and stands seventh on the driver’s standings.

Lest it is forgotten, that the young Monegasque has also collected two strong podiums in a year where Vettel is evidencing his worst F1 season.

But purely on recent form, Charles would want his woes sidelined and for better days to prevail. Why? At Monza, he scored a DNF much like Vettel, spinning wide on Turn 11 as he spun into the gravel trap. Previously, at Spa, he finished underwhelmingly outside of points.

Time to get back to a fine grid position at Mugello, especially amid the richly-deserved attention Ferrari are generating for their 1000th F1 race.

It’s spectacular to win the opening round of a season, but not so much when, despite driving the same car as Lewis Hamilton, you are unable to collect another win.

So even as Finnish driver Valtteri Bottas has gone onto collect 5 more podiums since winning the season-opener at Austria, he’d know his main job right now is to return to winning ways. It’s something he just hasn’t been able to do maybe because primarily because Lewis just hasn’t put a form down, experiencing a form that’s quite the purple-sector equivalent in F1 lingo.

But out here in Mugello, as Bottas commences yet another race tucked in right behind the defending world champion, he’d know that the venue is as new and therefore, strange to him as it is for the remainder of the grid (Raikkonen and Grosjean) being the only exception.

Can he work that out in his favor and emerge with an early track position over Lewis? Sounds like the most impossible challenge but one that isn’t impossible. Moreover, the Mercedes driver- quickest on Friday free-practice- would want to improve over his failure at Monza that exposed his struggles to overtake Lando Norris in his McLaren.

Clearly the driver who is hugely underperforming this season, life’s been much better for Kevin Magnussen before it unfurled ceaseless woes in 2020. In 2019, the Danish driver was able to score 20 points and 56 (and took ninth on the standings) in the season before.

But in the current season, the Haas driver, despite driving a car that’s perhaps better off in race-pace vis-a-vis the Alfa Romeo and the Williams, just hasn’t been able to deliver a strong drive. Ditto for Romain Grosjean, but sadly, the world expects- let’s face it- better stuff from Kevin Magnussen than Grosjean, who’s made a reputation for dangerous driving.

What’s weird is that the Dane is the one who scored the only points for the American team by virtue of a respectable P10, in Hungary.

Other than that, Magnussen’s experienced no less than four DNFs this season. At Mugello, he’d love to drive a fine, error-free race and gather a fine position, in the end, the hopes for which are sadly thwarted by his P20 on qualifying.

The oldest man on the grid, Kimi Raikkonen, is still the only driver to have ever driven a car around the topsy-turvy high-speed Mugello circuit, all thanks to the memorable test Peter Sauber arranged for him back in 2000.

But it’s 2020 and the Kimi Raikkonen we shall see in the race won’t obviously be that hungry 2o-year-old blessed with mighty fine reflexes.

Though to his credit, Kimi’s reflexes haven’t deserted him, his car certainly has; the 2020 Alfa Romeo being as big a stranger to horsepower and speed as is Pastor Maldonado of returning to Formula 1.

Yet, somehow, Raikkonen- yet to score a point- has consistently punched above his weight, or should we say Alfa Romeo’s, in making it to Q2 thrice in nine qualifying runs.

It’s something that his Italian teammate Antonio Giovinazzi hasn’t quite been able to do, even the Martina Franca-born has scored the only points for the team this season.

But out here at Mugello, breathing cool under the hot Tuscan, Raikkonen will once again reignite the desire to score some points, something he’s failed to do in the previous eight races. Does that tell us something about his challenge?

That being said, outqualifying Sebastian Vettel and holding onto a respectable thirteenth (P13) on the grid may not be that bad a position from which to break into the top ten. The only question is, can Kimi do that today?

Life’s not exactly been humming the sweetest of tunes for the Thai-British driver, who despite facing the heat where recent races stand, managed a fighting fourth in the qualifying battle.

In so doing, Alex Albon not only equaled his personal best qualifying grid position but also managed to park his Red Bull just behind the rear of teammate Verstappen’s.

On Sunday, the driver running his second year with the Christian Horner-based team would know he stands in good stead to enter the podium places, even if that means contesting the feistiest troika on the gird: comprising Lewis, Valtteri, and Max.

Having said that, there’s an added motivation for Albon to do better at the inaugural Tuscan Grand Prix. In the previous race, he could collect a pitiable P14, emerging behind Raikkonen and Russell.

Though a fantastic overtaker, Albon’s struggles have been the failure to not hold onto his grid position early on in a race. On many an occasion, he’s been seen falling further down the pack with having to play catch-up in the latter stages of a Grand Prix; something he’d not want to do at Tuscany.