East Bengal and Shree Cement: An endeavour beyond ISL 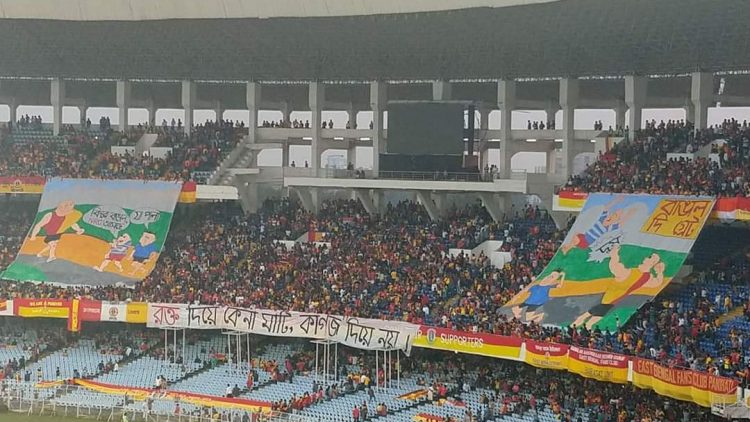 Shree Cement was founded in Ajmer, Rajasthan. The company is now headquartered in Kolkata. Shree Cements also have a considerable amount of business in power generation as well as their primary involvement in cement production.

The company has generation plants in Rajasthan, Uttar Pradesh, Haryana, Chhattisgarh and Bihar. Shree Cements is touted as the second-largest cement company in India with a revenue of ₹12175.62 cr in the financial year 2019-20.

The company is 65% owned by Benu Gopal Bangur who was also ranked as the 14th Richest Indian by Forbes Magazine, India 2019. Shree Cement was ranked 122 in the Economic Times’ Report of India’s biggest companies in terms of market net worth.

“We are glad to be part of the association. This is our first investment in the sports sector. We are excited and extremely thankful to Chief Minister Mamata Banerjee for assisting in the deal. We are here to play as champions and hopefully play the Indian Super League.”

“We are proud to be associated with such a prestigious football club. We will work with East Bengal in all sporting aspects.”

another representative from Shree Cement

After the merger of Mohun Bagan and ATK into the new entity of ATK Mohun Bagan in the Indian Super League, there was intense pressure on East Bengal officials to rope in an investor after the departure of Quess Corporation in a bid to enter the cash-rich ISL.

The East Bengal officials were in negotiations with multiple investors but due to the ongoing coronavirus pandemic, the financial requirements to play the franchise tournament was difficult.

“Football in India is incomplete without teams from Bengal. Shree is a prominent company and has investments across India. we are hopeful that they will invest in West Bengal as well. At times of coronavirus, due to economic strains, it is great that Shree is investing in Indian football.”

East Bengal club sought the assistance of Mamata Banerjee, who talked to Reliance and allowed the deal to prosper after a minimum of six months of deliberation. The club officials thanked the Chief Minister for her support.

“We are set to play the Indian Super League. There were problems but due to the intervention from the Chief Minister, we were able to close the deal.”

“We are extremely thankful to Tarun Jhunjunwala and Chief Minister of West Bengal for all the support throughout the last six months. We will now appeal to Football Sports Development Limited (FSDL) to enter the Indian Super League.

“We are now financially capable and only certain formalities remain to be fulfilled to achieve the dream of millions of supporters. We are honoured to be partnered with Shree Cements for this special endeavour”.

Teams need to pick up bid documents after Football Sports Development Limited (FSDL) opens the bidding process. With Reliance already in the know about the developments at East Bengal, courtesy of Mamata Banerjee, it is now only a mere formality as legal proceedings to include the Kolkata giants in the ISL is underway.

“We will go about the further formalities regarding East Bengal’s participation in the Indian Super League and hopefully, the club will play in ISL in the current season itself.”

Also Read: East Bengal and ISL need each other