Having narrowly beaten Iceland and drawn against Denmark, England surely need to do better to reach the semi-finals of the UEFA Nations League. 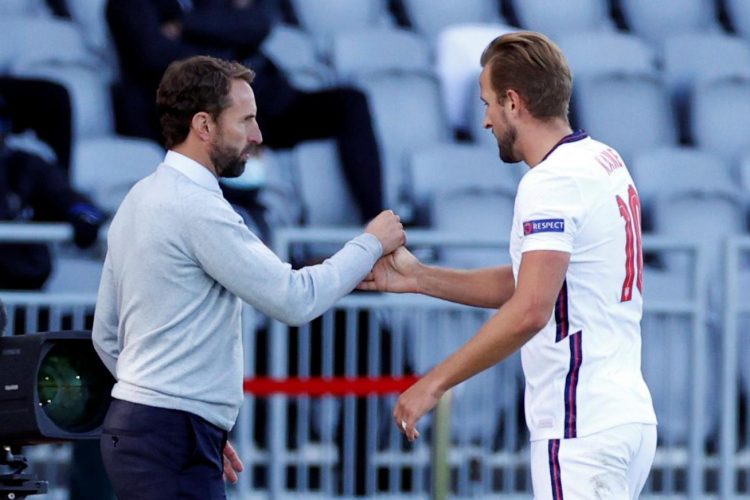 For the last six months, the world was deprived of international football, owing to the COVID-19 pandemic.

Club football took a hit too, but with the completion (in some cases suspension) of all leagues and cup tournaments in Europe, and the 2020-21 season being on the horizon, every football faithful can breathe a massive sigh of relief.

World champions France beat Sweden and Croatia, with Portugal also defeating the same opponents, have started well on matchday 1 and 2.

Italy began their UEFA Nations League campaign with a 1-1 draw with Bosnia before recording an impressive 1-0 win over the Netherlands, while Spain drew 1-1 with Germany and then thrashed Ukraine 4-0, thanks to a brace from their ever-reliable defender and captain Sergio Ramos.

The no.1 ranked team in the world Belgium also got two wins under their belt, following wins over Denmark and Iceland respectively. The Red Devils are grouped with England, the team in focus in this piece.

Over the last two years, the Three Lions have been immensely impressive, having reached the semi-finals of the 2018 World Cup and the inaugural edition of the Nations League.

Before the pandemic, England had also comfortably sealed their spot in the Euro 2020, which will now take place next year, by topping their group with a 4-0 thrashing of Kosovo.

Having said that, in the current edition of the Nations League, England have looked a little under-cooked with disappointing performances against both Iceland and Denmark.

So to add some meat to the bone, let’s dig in!

England started the game in an encouraging manner and attacked well in the first half. They even found the back of the net through Harry Kane, but the referee disallowed the goal for reasons best known to him.

With the goal not standing and Iceland improving their defensive display, it suddenly seemed the Three Lions lacked the flair to attack.

But as luck would have it, in the 88th minute, the referee pointed to the spot when Iceland defender Sverrir Ingi Ingason blocked the ball with his arm inside the box; Raheem Sterling converted the penalty to put England 1-0 up.

As England looked all set to close the game, Iceland got a spot-kick of their own when Joe Gomez brought down an opponent inside the penalty area. Fortunately for the Three Lions, Birkir Bjarnason, one of Iceland’s most experienced central midfielders, fluffed his lines.

England were lucky to escape with a 1-0 win.

Tuesday night’s game against Denmark in Copenhagen was anything but impressive from England’s perspective.

With the two promising youngsters – Phil Foden and Mason Greenwood – sent back prematurely, thanks to their bio-bubble breaking shenanigans, England manager Gareth Southgate seemed a little wilted by the jolt.

Truth be told, the pressure was on England for throughout the 90 minutes, with their best opportunity coming in injury-time when Harry Kane was denied by a Danish defender at the goal line. Denmark survived an English onslaught in the closing moments and the game ended in a draw.

A night where both the England football and cricket teams were below par, with Australia getting the better of them in the other sport.

Improvement is the need of the hour

The format of the UEFA Nations League will see only one team per group in the four groups of the top-tier qualify for the semi-finals, and England’s chances look anything but certain, with Belgium playing a more decisive and attacking brand of football.

The Three Lions are yet to lock horns with the Red Devils and the meeting between the two teams in matchday 3 on October 11th should be an exciting contest, provided Gareth Southgate gets his England house in order.

There is no reason why England can’t perform better in the coming games as they boast an impressive front trio of Jadon Sancho, Raheem Sterling and Harry Kane, matched with a midfield consisting of the young and dynamic Phil Foden and the ever-improving Declan Rice. The defence should also get strengthened with the returning Harry Maguire.

Moreover, the home and away format means they still have an opportunity to qualify for the semi-finals, despite an underwhelming start.

The only question that remains is whether the Three Lions are willing to grab the opportunity to roar and soar higher!