England will host arch-rivals Australia for a three-match T20I series. 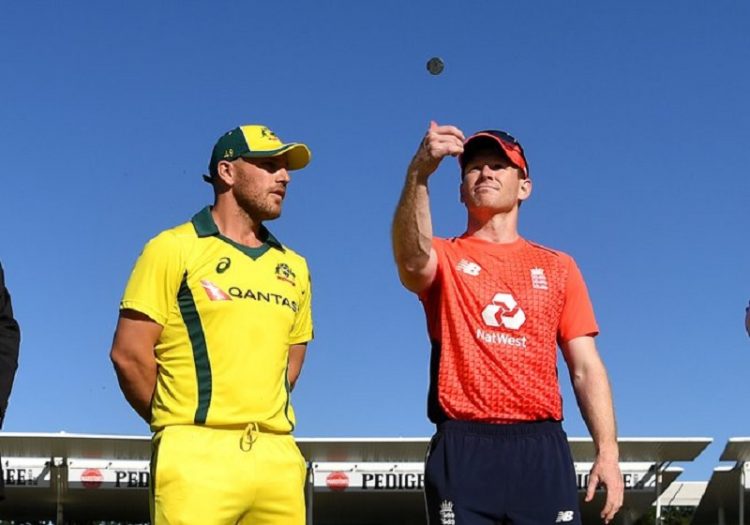 They are arguably the oldest rivals in the game, with 1877 being the first time they clashed on a cricket field. While their rivalry in the Ashes is well documented and figures majorly in cricketing lore, they have also been involved in pulsating and knife-edge cricket in limited overs formats.

Capping off the English summer, Australia will meet their traditional rivals once again in a limited overs series, starting September 4, Friday.

While the Ageas Bowl in Southampton will play host to three T20Is, the Emirates Old Trafford ground in Manchester will be the venue for the same number of one-day internationals. The tour will conclude on September 16.

The tour will mark the return of the Baggy Greens to international cricket after an extended COVID-induced break. While Australia announced a 21-member squad, led by Aaron Finch, for the limited overs series, England will largely pick from the squad that was named for the just-concluded T20I series against Pakistan.

Though away from the game for an extended spell, the Baggy Greens landed on English shores in the hope of maintaining their better head-to-head record against their old foes in the shorter formats. While the head-to-head record in ODIs currently stands at 81 to 61 in Australia’s favour, the two countries have featured in just a lone bilateral T20I series, so far, in 2014, which the Baggy Greens won 3-0. However, in the two other single T20Is in 2015 and 2018, the Three Lions had the better of their rivals.

Australia have three uncapped players in Riley Meredith, Daniel Sams and Josh Philippe. Two of their limited overs mainstays D’Arcy Short and Usman Khawaja were surprisingly not named in the squad by Cricket Australia (CA).

However, the Aussies have plenty of gun batters in the skipper himself, David Warner, Steve Smith, Marnus Labuschagne, Glenn Maxwell, Matthew Wade and stumper Alex Carey. They can also fall back on the explosive hitting ability of all-rounders Mitchell Marsh and Marcus Stoinis.

The uncapped trio, picked on the weight of their performances in the Big Bash League (BBL), are quality options to have in the squad as well. While Meredith has wowed one and all with his express pace, Sams is a promising left-arm quick and a handy batter lower down. Philippe has been picked as a back-up wicket-keeper-batsman.

The Baggy Greens are fairly well endowed with regard to bowling riches, with Pat Cummins leading the pace pack which also has the likes of Mitchell Starc, Josh Hazlewood, Sean Abbott, Andrew Tye, Kane Richardson and Meredith. Stoinis and Marsh can also double up as handy seam-up options on English surfaces.

In the spin department, they have the experience of off-spin ace Nathan Lyon, slow left-armer Ashton Agar and the skill of leg-spinner Adam Zampa. Maxwell could also come in handy with the ball with his part-time off-break.

England, on the other hand, will take the confidence from the recent tied series against Pakistan, into the T20I. Though the series finished at honours even, England would have taken a lot of heart from the ball-striking form of captain Eoin Morgan, opener Tom Banton, southpaw Dawid Malan and Sam Billings. Even all-rounder Moeen Ali, who was out cheaply in the first two T20Is against Pakistan, struck form in the third.

While England will see the return of keeper-bat Joss Buttler, who was rested for the Pakistan series, they will continue to be without the services of all-format talisman Ben Stokes. The Durham all-rounder opted out of the recent Test series against Pakistan citing ‘family matter’. Test captain Joe Root has been picked for the ODIs only.

Their bowling attack has the experience and T20 skill-sets of Chris Jordan and Tom Curran and the raw pace of Mark Wood and Jofra Archer. They can also fall back on the all-round abilities of Moeen Ali and Sam Curran. Experienced leg-spinner Adil Rashid leads their spin attack.

With the squads well endowed and equipped and not much to separate the two teams in terms of skills and quality, expect fireworks as the series gets underway on Friday.