All you need to know ahead of the Merseyside derby between Everton and Liverpool at Goodison Park on Saturday. 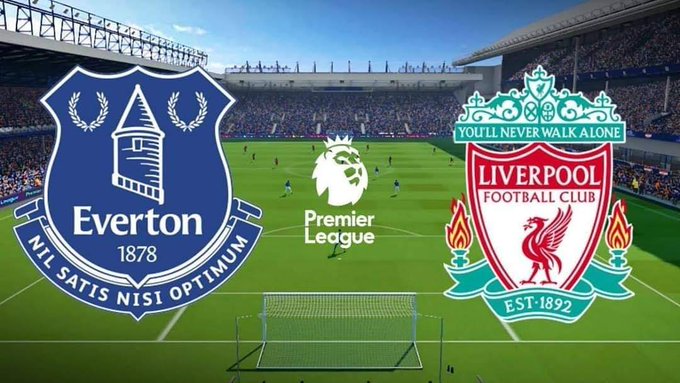 A resurgent Everton will take on Liverpool in the Merseyside derby at Goodison Park on Saturday afternoon. The Toffees have not beaten their local rivals in ten years but their recent form suggests that this wait could end this weekend.

Carlo Ancelotti’s side have been the surprise team of the season, winning their opening four league games and sitting at the top of the Premier League table at the moment.

Summer signing James Rodriguez has rekindled his spark in Everton colours and Dominic Calvert-Lewin can’t stop scoring at the moment. The arrival of Allan and Abdoulaye Doucoure has added more steel to their side and Everton have looked the part in the opening weeks of the season.

On the other hand, Liverpool have won three of their opening four league games and are the favourites to retain their Premier League title. But a 7-2 loss at Aston Villa before the international break has dented their confidence. They have looked shaky at the back with Virgil van Dijk struggling for form.

For the first time in many years, Liverpool are not the overwhelming favourites ahead of derby day on Merseyside.

The first Merseyside derby took place in 1894 when Everton beat Liverpool 3-0 in a Division One game. But the Reds have had the better record in the local derby over the last 126 years.

Liverpool’s domination in the derby has become more pronounced in recent years with Everton’s last win over the Reds coming in October 2010.

The last three league games at Goodison Park between the two Merseyside clubs have been 0-0 draws.

Liverpool last won at the home of their local rivals close to five years ago in December 2016.

Everton are clearly the in-form side going into the Merseyside derby on Saturday. Carlo Ancelotti’s side have won their opening four league games and have not been beaten this season in any competition.

Liverpool won their opening three league games but are coming into the derby on the back of two losses. A penalty shoot-out defeat against Arsenal knocked them out of the EFL Cup and a few days later, they were left shell-shocked at Villa Park when the champions lost 7-2 to Dean Smith’s Aston Villa side.

Andre Gomes, Allan and Seamus Coleman will all be back in the squad ahead of the Merseyside derby with the international break allowing them to recover from their injuries.

Yerry Mina is a doubt after he picked up a thigh injury during international duty with Colombia.

Everton are also sweating over the fitness Lucas Digne after he picked up an injury in France’s win over Croatia earlier this week, with Jean-Philippe Gbamin and Cenk Tosun remaining long-term absentees.

The return of Thiago Alcantara and Sadio Mane will boost Jurgen Klopp’s options after the duo recovered from coronavirus. Xherdan Shaqiri and Naby Keita are also available after their initial diagnoses proved to be false positives.

Kostas Tsimikas used the international break to recover from a thigh problem and Joel Matic should also be in contention.

Alisson Becker is still recovering from a shoulder injury that made him miss two games before the international break and Alex Oxlade-Chamberlain is the only other confirmed absentee from the Liverpool squad.

Everton vs Liverpool: Where to watch

Everton believe that they have a real chance in ending their ten-year wait for a win in the Merseyside derby on Saturday. Carlo Ancelotti’s side have looked confident and ready to take on any team in the opening weeks of the season.

But they are coming up against the wounded champions and Liverpool will be determined to prove that the 7-2 loss at Aston Villa was an aberration.

The returns of Thiago Alcantara and Sadio Mane will boost their starting eleven and the Merseyside giants are still the better team on the paper.

The Toffees can take advantage of Liverpool’s high-line at the back but derbies often become cagey encounters as teams look to play a risk-averse game. This clash could also follow the norm and we can see the Reds getting a point from the game.

Also Read: Everton have form but Liverpool have the psychological edge ahead of the Merseyside derby