The decision to postpone the 2021 ICC Women’s World Cup, which was supposed to be held in New Zealand to 2022 has drawn mixed responses. 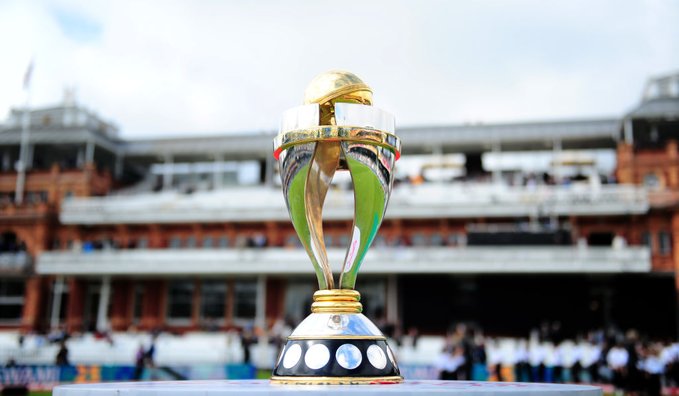 The ICC Women's World Cup postponement has not gone down well with many cricketers but the CEO has said lack of preparation for the teams contributed to the postponement. (Credits: Twitter)

With the coronavirus pandemic stalling cricket, the Futures Tour Program (FTP) and all other rescheduling of the bilateral series was under the scanner. In the past one week, the ICC has given a clarity on the status of all major tournaments.

There was clarity even for the women’s game. However, that decision by the ICC has not gone down well with many cricketers.

The ICC Women’s World Cup, scheduled to held in New Zealand from February to March 2021, has been postponed to 2022.

In addition, the BCCI has also announced the women’s T20 challenge in the first week of November coinciding with the men’s IPL playoffs. However, even that has resulted in plenty of brickbats as it coincides with the Women’s Big Bash League (WBBL) in Australia.

Speaking to NZME, Women’s World Cup CEO Andrea Nelson said the postponement was the best option given that no women’s cricket of any sort has been played since the end of the ICC Women’s World T20 in Australia.

England, Australia, New Zealand, South Africa and India are the teams that have been confirmed in the eight-event tournament.

The qualifying tournament was supposed to be held in Sri Lanka in July but that has also been pushed back to next year. “We’ve got teams that can’t train, they can’t assemble – in the case of a country like the West Indies they can’t leave their islands to bring the team together – and that’s just not a feasible way to ask a team to prepare for their pinnacle event,”

According to a report in ESPNCricinfo, Pakistan and Bangladesh raised concerns that they could not be ready for the tournament while the UAE, the venue for the 2020 IPL, was selective about allowing visitors into the country from some countries.

Was it fair to postpone the Women’s World Cup?

Let us consider the broader aspects. The tournament was held in New Zealand, which has one of the lowest COVID death rates and cases in the world. Biosecurity protocols was discussed by the ICC and would have been implemented.

New Zealand had been hosting sporting events in the country. When one considers that the ICC took plenty of time in debating whether the men’s tournament should be postponed, the immediate decision for the women’s game seems unfortunate.

Yes, on paper, the words of Nelson must be considered seriously. Yet, it is a surprise that the ICC did not allow some flexibility in the women’s window to incorporate a challenger tournament in November-December.

The fine print is also this. In the entire Asian subcontinent, Sri Lanka has the lowest COVID rate with just 240 active cases and no new cases for the last couple of days. The quarantine protocol is not too complicated and it stresses on testing every 5-7 days.

The ICC and member nations could have used the November to January period to ensure every nation is on track for preparation. Yet, they did not consider this.

There was a huge sense of joy that the Women’s T20 Challenge tournament would be held in the first week of November with three teams and four matches. However, the fact that it is coinciding with an even more competitive Women’s Big Bash League in Australia (WBBL) is once again a cause for concern.

Let us get some things right. This tournament is NOT the Women’s IPL (WIPL). It is a big marketing gimmick to portray this as the WIPL. The broader point is missed. The WBBL, in case of women’s T20 is far more competitive than the T20 challenger.

The likes of Harmanpreet Kaur and Smriti Mandhana have become better players by their participation in competitive conditions in Australia. Of course, the players will have to be happy with the tokenism.

This can happen only in India, where a four-match tournament is hailed while missing something even bigger than the WBBL is acceptable. It should be remembered that the WBBL schedule was announced much before.

In addition, the BCCI is planning to hold a full-fledged women’s domestic season with senior, Under-23 and Under-19 tournaments across both one-day and T20 formats in November-December in India.

With the country’s COVID active cases still over six lakhs, it remains to be seen how they can pull it together.

Looking at the current circumstances, it is perplexing as to why the ICC Women’s World Cup, held in one of the safest countries should be postponed for a year. This has only taken women’s cricket two steps back.

Maradona in Memory: Giants including Ronaldo-Messi and Sachin paid tribute