Everything you need to know about FC Goa's upcoming ISL 2020-21 campaign. 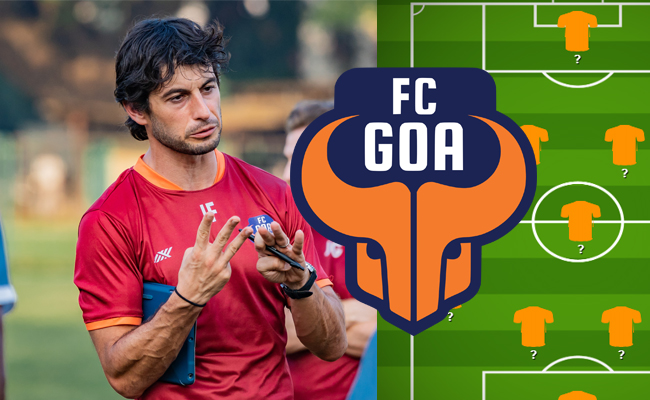 How will FC Goa fare in the upcoming season of the ISL?

Indian Super League (ISL) side FC Goa have been in the news for all sorts of reasons. They became the first Indian football club to qualify for the AFC Champions League Group Stages as they finished top of the league stage in the 2019/20 Indian Super League.

However, the Gaurs were routed by Mumbai City FC in the transfer market and lost out their entire core. FC Goa have rebuilt their squad under manager Juan Ferrando and will be hoping to prove their mettle with a rejuvenated squad.

Igor Angulo: The 2018-19 Polish league top-scorer will be one of the most important names in the FC Goa squad in this season. Igor Angulo will essentially be replacing Ferran Corominas as the primary striker of the side.

The Spaniard scored 16 goals and provided six assists in the Polish Ekstraklasa in the 2019/20 season. With huge experience under his belt across top European sides like Numancia, Bilbao and Gornik Zabre among others, Angulo is expected to score the bulk of the goals for FC Goa.

Edu Bedia: Appointed as the first captain of the squad, Edu Bedia will be the leader of the squad. He is the only foreigner to continue from the previous season, with the rest leaving for Sergio Lobera’s Mumbai City FC.

Edu Bedia is an experienced and determined central midfielder who is very creative on the ball. He will be expected to set the game in motion in the midfield and build up the gameplay.

Bedia’s creativity in the middle of the pitch will be essential to set up the likes of Igor Angulo to score goals. He scored nine goals and provided as many assists in the previous ISL season and will be looking to replicate that form in the upcoming campaign.

Lenny Rodrigues: The lanky and experienced Goan central midfielder has been on the rise since the last few years. Lenny Rodrigues is versatile and will be pivotal in the FC Goa squad to act as a sweeper and blocker ahead of the back-four.

With Ahmed Jahoh leaving, there is an immense amount of responsibility on Lenny Rodrigues to be the key man in the defensive midfield for Juan Ferrando’s side.

FC Goa fixtures (Till Round 10)

FC Goa have a revamped squad post the transfer rout by Mumbai City FC. Juan Ferrando’s side are pumped up to prove a point and will be one of the most competitive sides in the league.

With the Gaurs slated to concentrate more on the tactical side of the game, the 2019/20 League Stage toppers will be up there in the mix for a top-four finish.