Alonso hasn't lost an inch of speed, aggression or his quintessential zest for a fight even as he turns 40! 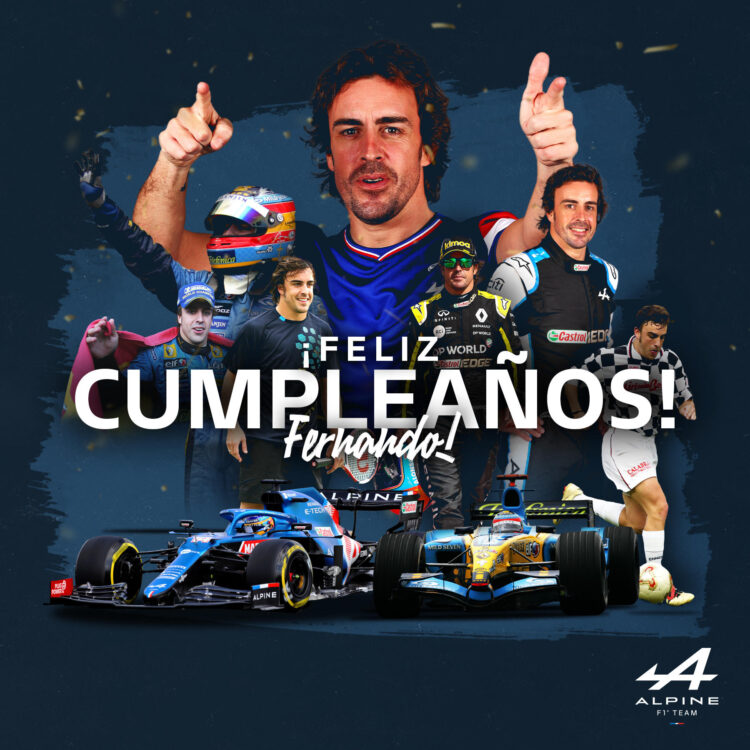 The 2017 Hungarian Grand Prix was a critical race in the context of the world championship. The race held on July 30th was the mid-point of the championship, with the season reaching halfway stage upon landing at the Hungaroring. A lot was at stake particularly from the perspective of the constructor championship with two of the strongest forces involved in a close battle back then, one of which is still fighting for the glory, whilst the other is evidencing a period of re-building. Back then, as the F1 circus entered Round 11, it was to have been an out-and-out Mercedes versus Ferrari duel at the high-speed Hungaroring. Prior to entering Hungary, Mercedes had won 6 out of the 10 rounds, with Ferrari winning just 3.

Therefore, there was this ineradicable need for the Scuderia stable to bounce back and head into the summer break with momentum on their side. And that’s pretty much what followed as Sebastian Vettel and Kimi Raikkonen unleashed superior race pace and an exhibition of dauntless concentration to leave both Hamilton and Bottas guessing.

At one stage, Hamilton was even assisted by the team orders, Wolff asking Bottas to move aside- not for the first time- to catch Raikkonen, but the Iceman was in his elements, compelling Hamilton to give back the place to his teammate, displaying great sportsmanship. It was an effort that’s still lauded to this day and rightly so.

Yet, there was one man, not caught in the Mercedes versus Ferrari showdown, who managed to make headlines at Hungary. That was when his ride was a rather insipid McLaren MCL 32 (1.6 litre V6), a car that neither looked competitive nor seemed close to even offering some fight.

And yet, this man, then no spring chicken managed to set the fastest lap of the race on the penultimate lap of the contest, going blisteringly fast at 1:20:182.

Not only did Fernando Alonso place his McLaren on a sixth on that unforgettable afternoon, having begun from eighth on the grid, he beat a much younger teammate, Stoffel Vandoorne, for a fourth time.

Prior to Hungary, he’d already scored a fighting ninth at Azerbaijan, when Vandoorne hadn’t even opened his account.

That same year, Fernando Alonso, furious and frustrated in equal measure having been toiling around in different parts of the world in a car that seemed slower than even your everyday roadcar, finished the last three races on an incredible high.

The man who began his championship season, as if it was even up for winning contention, with back-to-back retirements (Australia, followed by China) scored a 10th at Mexico, 8th at Brazil, and 9th at Abu Dhabi.

Yet, there was a different mid-field story shaping up toward the final few laps at Autodromo Hermanos Rodriguez.

In the battle for ninth, Fernando Alonso in a McLaren was keeping Lewis Hamilton in a Mercedes at bay, the Briton who’d suffered a puncture owing to an unexpected tangle with Vettel having slid backwards.

For four back-to-back laps, Hamilton struggled to breach past Fernando Alonso’s staunch defences, the Spaniard zig-zagging at a twisty track akin to an un-breachable fortress. But on fresher rubber, Lewis would eventually climb up into ninth with Alonso offering a smirk later on, as he’d congratulate the 2017 world champion.

A scene where it was as if Alonso’s eyes offered a guised warning, “I’d have gotten you had I had a better car!”

And perhaps that’s precisely what makes Fernando Alonso a lion-hearted contestant in the highest annals of Grand Prix racing.

The words “Never Give Up,” which perhaps are the wallpapers of millions around the world and the perfect sight with which to start a day, are infused in Fernando Alonso’s DNA as deeply as snow in  the Himalayas.

When it seems it’s all over, it never really is when the F1 narrative concerns Fernando Alonso of Oviedo, who fights for every bit of space and inch on the track where he engages in a slugfest of speed and a battle of supremacy while for others, it could just be about ‘getting the job done!’

One year later, in 2018, Fernando Alonso, not the same man who’d experienced the pulsating highs of winning two world championships readied himself for what could’ve been another year-long grind, albeit one for the final time in Formula 1.

And it was no less than a grind with the MCL 33 testing the patience of a titan of Formula 1 once again; in 6 of the 21 races Alonso drove in what was to have been the final curtain call, he race-retired.

In an age where a single DNF can break your heart, could there’ve been anything more heartbreaking other than the sight of Alonso ending with back-to-back DNFs, as seen at Monaco and Canada, followed by Belgium and Italy, and finally, USA and Mexico?

Yet, thanks to sheer grit and unflappable attitude toward mustering a strong fight, Fernando Alono picked himself up to score 50 of McLaren’s 62 points. This included, a best-place finish at Australia where he claimed a P5 and a hat-trick of P7 finishes.

Little wonder why he’s often referred to as being a lion-hearted contributor, for it’s he who’s often responsible for scoring the lion’s share of points for his side.

In 2021 itself, it’s Fernando Alonso who’s bossing the Alpine team with which he’s mounted a comeback that shall not be forgotten for times to come.

With Ocon scoring only 14 points so far, despite having looked more in the thick of the action on most Saturday’s, it’s Fernando Alonso and his irrepressible spirit to conquer adversity that’s allowed him to score 26 points already, being P11 so far.

Back in 2014, the first year of F1 giving a green signal to turbo-hybrid engines, it didn’t take long for Alonso to get used to a change that wasn’t perfunctory, but race-grid order defining.

Of the 216 points Ferrari scored in a year of considerable heartbreak and vapid on-track battles, Alonso was single-handedly responsible for 161 of those, getting the measure of the Iceman Kimi, who could manage no more than 55.

Fernando Alonso scored two podiums with the very same car that season- one each at China and Hungary (2nd)- with which Raikkonen experienced ceaseless difficulties- the Ferrari F14 T.

To those who conveniently think of Formula 1 as merely being a contest of raw speed and the ability to manoeuvre blindingly-fast corners, Fernando Alonso’s skilled marksmanship dictates it’s much more; it’s a sport that also requires a driver to be adaptable and flexible.

And that so long as one has the stomach for a great fight, the sky is the limit.

Yet, for all that the Asturias-born driver demonstrating bull-fighting pace has achieved- and he’s achieved a great deal, 32 race wins, 23 fastest laps, 97 podiums- it ought to be noted that Alonso is the product of sheer will as also being one looking at whose accomplishments you are tempted to see, at least, two more world titles, which sadly aren’t there.

Is he the greatest modern-age underachiever of the sport? Or is Fernando Alonso, the man who famously stood up to face the Michael Schumacher challenge showing relentless fight in a Renault whilst ‘Schumi’ was powered by a Ferrari, the sign of an individual possessing infinite passion for racing?

And if it’s the latter, a virtue without which one simply cannot even put on a racing suit, then probably the FIA should think of advocating an award called the Driver with real grit or Driver of superior will.

No prizes for guessing who the winner of that decoration would be.

Here are some easy clues- he’s good looking, has a museum in his name back in Spain, is one of the glorious members of a famous F1 qaurtet comprising Vettel, Hamilton, and Raikkonen, and he’s just turned 40, but not done yet!