The decision to retain VIVO, the Chinese mobile company as the title sponsor in the aftermath of the Galwan valley face-off between Indian and Chinese troops shows misplaced priority of the cricket fan under the garb of unprecedented times. 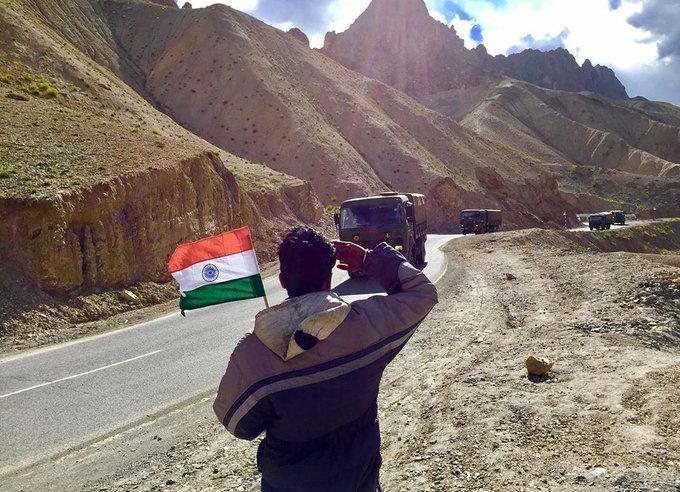 There is an unprecedented wave of happiness in India right now. IPL 2020 is finally on. The BCCI, on Sunday, outlined a roadmap on where and how the tournament will be held. From September 19 to November 10, for 53 days in what will be the longest edition of the IPL, Sharjah, Abu Dhabi and Dubai will host the tournament in a bio-secure bubble.

The SOPs (Standard Operating Procedure) for the franchisees will be out in full in the next couple of days. All fans and commentators, analysts are absolutely joyous.

It is understandable why fans are happy. The England vs West Indies and the England vs Pakistan Tests are just a silver lining in a dark cloud. The IPL is THE real deal. So much so that the World T20 was postponed so that the IPL can be played in that window vacated. However, one major point has been buried under all the happiness.

VIVO has been retained as the principal sponsor of the IPL. VIVO is a Chinese mobile company. In the aftermath of the Galwan valley tension which saw 20 Indian soldiers killed, there was talk of reviewing Chinese sponsors in Indian cricket. As per expected lines, the decision from the BCCI to retain VIVO is not surprising. However, it once again exposed that when it comes to patriotism, big money is the only real winner.

Galwan a repeat of Pulwama

In February 2019, 40 jawans were killed in Pulwama by a Pakistan-based terror group. In the aftermath, social media warriors exploded with calls for retribution against Pakistan. There was even calls for the BCCI to boycott their World Cup match against Pakistan in Old Trafford. However, beyond the normal shouting, the match went ahead. The same social media warriors, who called for retribution for the soldiers died, now celebrated that India had beaten Pakistan on the cricket field.

Neither the BCCI could afford a match to be cancelled on which thousands of crores were riding upon. The ICC simply dismissed it as a matter which was out of their bounds. The fact that the power of sport was not utilized by India to send out a strong message to Pakistan was a sign that they had buckled under commercial and money pressure. A year on, barring some remembrance, no one likes to talk about Pulwama much apart from ‘nationalistic’ elements.

Rs 2199 crore for the next five years. Rs 440 crore on an annual basis. That is the amount of money that VIVO has at stake in the IPL for being the title sponsors. The BCCI, IPL governing council and the Indian cricket fraternity could have made a big statement by boycotting VIVO’s sponsorship and sent a clear message. Those who were doubting what the impact of banning 59 major Chinese apps would achieve could have been silenced by this one bold move.

However, boldness from the BCCI is a bit too much to expect. Massive money is at stake. IPL would have been ruined and so would the BCCI. Is getting ruined worth it for the sake of patriotism? Maybe. Maybe not. What is the price for the lives of 20 jawans killed? Nothing. Losing IPL sponsorship equals Rs 440 crore loss per year. Plus the additional hidden costs. Yes, the whole thing is that money is everything.

Big money at stake has ensured that when one wants to expect decisive patriotism, it cannot come from our cricketing elites. The BCCI has also announced the whole women’s challenger tournament comprising three teams for four matches in a period of 10 days. That misplaced happiness is for some other day.

Right now, we all can revel on the IPL being played. But, VIVO being the big sponsor once again shows that under big money, the lives of our soldiers at our border is not worth much. Pulwama was the beginning, Galwan is definitely not the end.

DISCLAIMER: The opinions expressed by the author in this article are personal. Kyro Sports does not purport to reflect the opinions or views of the organisation or its members.