Gareth Bale to Tottenham: An unadulterated commercial and branding exercise

Totteham are trying to re-sign Gareth Bale on loan from Tottenham but on the face of it, the deal makes no sporting sense for Spurs. It seems to be a commercially driven exercise by Tottenham chairman Daniel Levy. 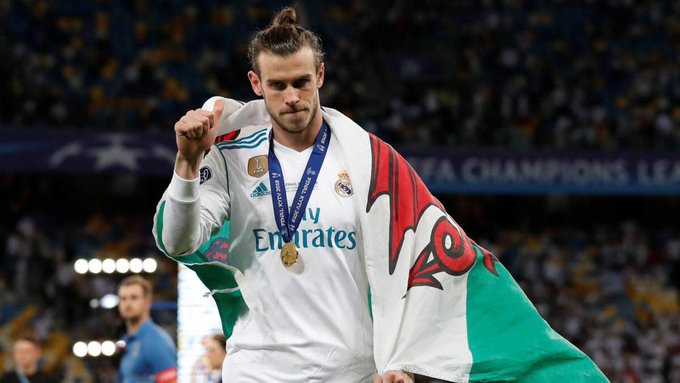 Gareth Bale’s overhead strike against Liverpool in the 2018 Champions League final is one of the great goals of our times. He came on from the bench and sealed the deal on his way to winning his fourth Champions League winners’ medal at Real Madrid.

However, since then he has made just 43 starts for Rea Madrid and has fallen further down in the pecking order under Zinedine Zidane. The Spanish giants have been trying to sell him since the Champions League final and other than antagonizing the Spanish press, the Welshman has done scarce little on the pitch over the last two seasons.

Towards the end of last season, it was clear that Bale didn’t care about Real Madrid anymore and his antics on the sidelines grabbed more headlines than anything he did with the football at his feet.

Gareth Bale has a legitimate grievance against Zidane and the way Real Madrid left him to fend for himself as the Spanish press went about his penchant for golfing or his limited language skills.

The club are also in a difficult position as while Bale has played a key role in helping them win four Champions Leagues, Zidane doesn’t like him and is not interested in mending fences, which has been a running theme for the last two to three years.

But it seems the Welshman is now prepared to play regular football with an eye on next season’s European Championship and a return to Tottenham has been mooted.

His agent has confirmed talks with the north London club and Tottenham are keen to sign him on loan provided Real Madrid agree to subsidise a major portion of his massive salary demands.

A return to north London might appeal to romantics but there is a cynical side to the club wanting to re-sign their former star.

Pochettino had to go, towards the end of his reign he had grown jaded at the club’s refusal to back him to overhaul his squad. He also said to have lost the dressing room and both Tottenham and the Argentinian had to part ways for a fresh start.

But appointing Jose Mourinho as his replacement has been one of the more baffling decisions any chairman has made in recent years. They are a stark contrast in how they want their teams to play and their management style. The Spurs players were asked to completely change the way they play their football in the middle of the season.

And if the defeat at Everton showed anything, the players are yet to drink from the Mourinho Kool-Aid and there is a real sense of frustration amongst some of his attacking talents.

So what explains the decision to appoint Jose Mourinho?

The profile, the headlines he brings and the central character he played in the fly-on-the-wall Amazon documentary. With Spurs falling behind their top four rivals in the Premier League, Tottenham needed to remain in the limelight and who better to do that job than the pantomime villain in Mourinho.

Tottenham need a striker and a left-back more than an ageing winger in Gareth Bale. In Lucas Moura, Heung-Min Son, Steven Bergwijn and Erik Lamela, they have more than enough players who can do a very good job on either flank.

Can Bale play as a number 9? Yes, he can but not the kind of number 9 Mourinho wants. Will Bale start over Moura or Bergwijn on the right flank? On the evidence of the last two years, he should not.

Bale’s return to Tottenham after seven years would be a romantic story for sure but football has little time for nostalgia. The Welshman has not been playing regular top-level football for the last two to three years. There are concerns whether his body will hold up in a more condensed Premier League season but it seems Spurs seem intent on doing the deal.

Jose Mourinho wanted him at Manchester United and openly courted him in 2017 but three years later, the Welshman is not the same player. While he could be more focused ahead of next summer’s European Championship and there would be a motivation to prove Real Madrid and Zidane wrong, he is still 31 and nowhere close to his best.

The more we look into it, the more it seems plausible that Daniel Levy is pushing to land Bale in order to have the limelight on Spurs in a season where they are not likely to push for a top-four place.

The winger’s return will grab headlines, sell Tottenham shirts and it would be of great commercial value for a club who have been hit hard by the pandemic with their expensive new stadium having no fans to cater to.

It would make some sporting sense for Manchester United to try and sign Bale as they need a right-winger and their pursuit of Jadon Sancho has remained in a state of limbo for weeks.

But even Manchester United, who are more of a commercial entity than a football club under the Glazers, are not pushing to land the Welshman and are still intent on going all-in for a long-term signing such as Sancho.

From the point of view of being a brand, it makes a lot of sense in Tottenham trying to sign Gareth Bale but that is it. He is neither the player the squad need at the moment, nor the game-changer that could turn their fortunes around this season. It smacks of an attempt to grab the spotlight from Tottenham.