Young Briton, George Russell is all set to partner the great Lewis Hamilton at Mercedes for 2022 season! 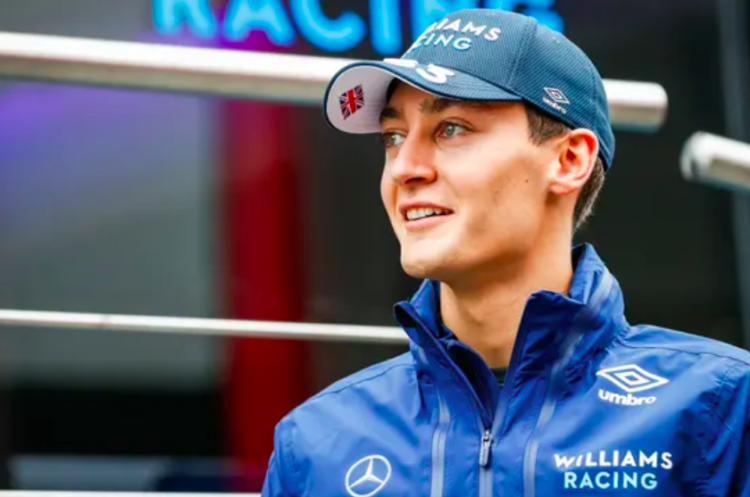 Every young man gets in Formula 1 that big anxious moment to think of his future. For George Russell, that big moment was regarding the future in the sport that can be so beautiful and cruel at the same time.

But the moments that plunged him into deep contemplation were composed of all efforts where despite trying to score points, he found himself bereft of any.

This was up until the 2021 Hungarian GP, where at the back of a fighting eighth, i.e., P8, George Russell, found himself four (4) solid points.

Something that had never previously happened to him despite entering and trying his level best in no fewer than forty-eight (48) Grands Prix. Another winless outing for two more races may surely have shuddered the young man into a state of grief, or if not, then into an anxiety-mode for it’s never a pretty sight when you end up pointless despite entering fifty GPs.

But then, some great man has said that, “Patience has its rewards.”

And perhaps it may no longer be incorrect to suggest that this stands truest for George Russell in the taxing world of Formula 1, who’s got himself a seat, would you believe it, at Mercedes for the next year.

Not that he owes an apology to anyone- much like that picture- though he may want to offer a sorry to his detractors who may never have thought that at 23, the UK-born racer would reach a stage so highly venerable in Formula 1, i.e., Mercedes.

This is an age where many a driver is still a neophyte, trying ever so hard to find bearings in a sport that’s not always about speed and speed alone, but is marked by brazen unpredictability.

For next year, Mercedes, with this development, could be the team to beat again!

What George Russell’s arrival at Mercedes means is fundamentally turning a corner of sorts in the perplexing world of Formula 1. This is especially at a stage where Red Bull, given their menacing form in 2021 championship have seen eight wins already from thirteen races, which means the Milton Keynes-based outfit have already scored over half of this year’s Grand Prix victories.

Yet, the arrival of a willing and determined young driver at Mercedes, to partner a seven-time world champion who still, by the way, hasn’t lost out on the 2021 title, will spell renewed vigour for the Black Arrows.

But to top them all, it would also make Mercedes the giant forces of Formula 1 that they’ve already proven themselves out to be, having not lost a single Constructor or Driver title since 2014 onwards, which marked the start of the Turbo-Hybrid era.

That being said, Russell’s keenness to push the car and his superb qualifying pace, the latter of which earned him the nickname, “Mr Saturday,” will reinforce positive energy into a unit that may surely go on to miss the services of Valtteri Bottas, who’s now Alfa Romeo bound for the next world championship season.

That being said, can Lewis and George be a cracker of a duo and form the next great pairing in a sport that can well take the blues out of Red Bull, we still don’t know.

What we do know, however, is that, with the arrival of one of the most talented young drivers in the sport in a top-notch stable, Hamilton himself will feel some heat, even though the great champion may never admit it.

But in hindsight, it would well compel Lewis to further up his game.

So regardless of whatever happens 2022 onward, the fans and pundits will be the greatest achievers for being at the receiving end of what’ll hopefully be, even more closely-fought battles and that too, in a great new beginning for Formula 1.

Meanwhile, here’s what George Russell would say at the back of a truly special feat for himself:

It’s a special day for me personally and professionally. I’d be lying if I said I wasn’t absolutely buzzing. It’s a huge opportunity and one I want to grab with both hands.

“But I’m under no illusions as to the scale of the challenge; it’s going to be a steep learning curve. I want to do my new team-mates proud. Of course, one of those new team-mates is in my opinion the greatest driver of all time.

“I’ve looked up to Lewis since I was in go-karts and the opportunity to learn from someone who has become a role model both on and off track can only benefit me as a driver, a professional, and a human being.” Advertisement