The Indian Premier League (IPL) 2019 final is finally here after 59 matches played in the 12th edition of the tournament.
It’s going to be a blockbuster IPL 2019 finale between two of the most successful sides – Mumbai Indians and Chennai Super Kings. Interestingly, both these teams have won the tournament on three occasions each and there will be no stones unturned to win a fourth trophy.
It’s a feast for even the neutral fans, given the impetus of these two teams.
They have garnered enormous respect and flair in the tournament. MS Dhoni’s CSK will look to topple Rohit Sharma’s MI at the Rajiv Gandhi International Stadium in Hyderabad on Sunday.
Notably, it’ll be the fourth time the two teams will be meeting this year. Mumbai Indians have won all three encounters so far and could be on course to inflict a fourth defeat.
Over the years, these two teams have established themselves as the two biggest powerhouses of the tournament. The clash on Sunday, thus, gains a lot of importance.
There’s everything to play for in this contest. Meanwhile, this will also be the fourth time the two teams will be meeting in an IPL final.
CSK have participated in 10 seasons in IPL and they have reached the final a staggering 8 times including this year. Mumbai, on the other hand, have made it to four IPL finals. They have won all their three finales so far.
In terms of overall head-to-head encounters, MI enjoy a 16-11 advantage over CSK. In IPL finals, MI hold a 2-1 lead as well.
Here’s a look at the past meetings between CSK and MI in the IPL final. 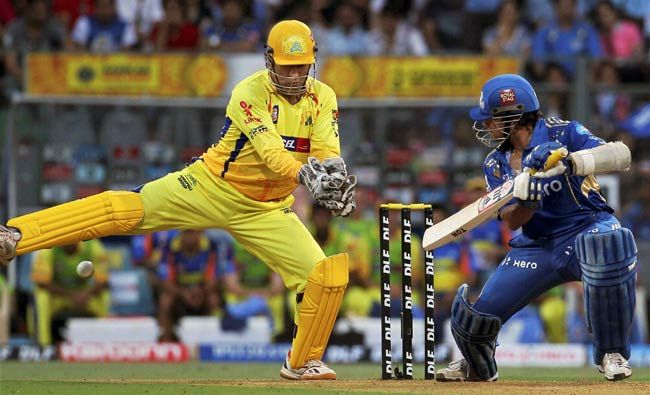 2010 saw CSK winning their maiden IPL trophy. After the heartbreak of 2008, MSD wanted to make sure his team goes the distance against Sachin Tendulkar’s side at the DY Patil Stadium in Mumbai. Batting first, CSK openers Murali Vijay and Matthew Hayden gave the men in yellow a decent start.
But soon the complexion changed as CSK went from 44/0 to 67/3 in no time. It was Suresh Raina’s unbeaten 57 off 35 that guided Chennai to a competitive total of 168/5 in 20 overs.
In reply, the hosts got off to a disastrous start with Shikhar Dhawan failing to trouble the score after an eight-ball duck. Tendulkar and Abhishek Nayar then got on together to stitch a 66-run stand for the second wicket.
However, the side faltered in the chase and handed Chennai a 22-run victory. 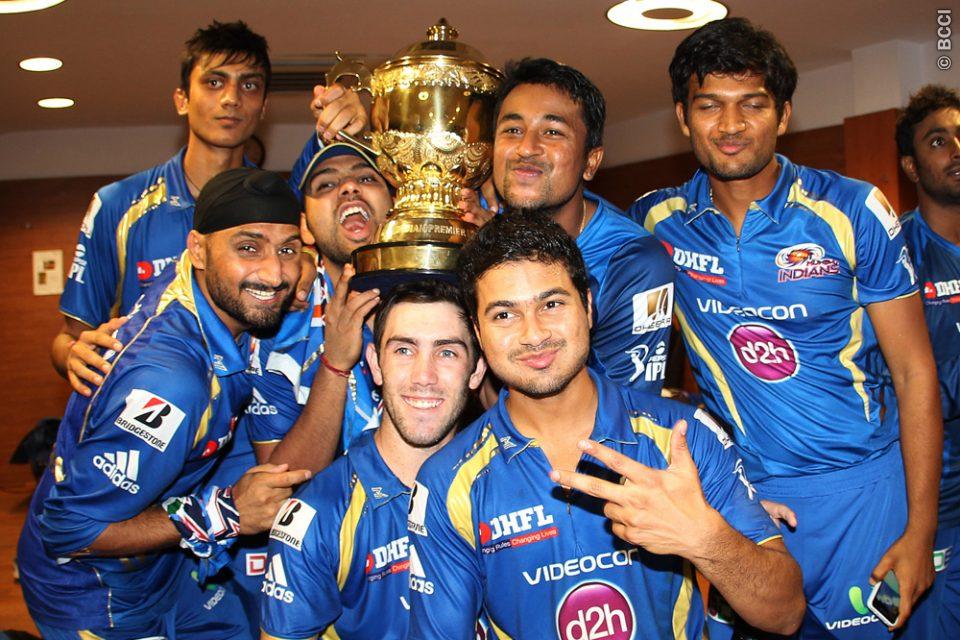 This match was governed by the bowlers. In this low-scoring affair, Rohit’s team came out as the outright winners in the end.
At the Eden Gardens in Kolkata, MI won the toss and opted to bat first in a crunch game. But they were given a mighty scare after being reduced to 16/3 in the fourth over.
It was left to the big-hitting Kieron Pollard, batting at No 6, to give the side a decent total in the end.
Pollard fired an unbeaten 60 off just 32 balls, which helped MI end their innings at 148/9 from their 20 overs. Many felt it was a below-par score at the Eden. Dwayne Bravo (4/42) was the chief tormentor with the ball.
CSK would have fancied themselves to clinch a third IPL trophy after the heroics of 2010 and 2011. But things started off on a disastrous note.
World class speedsters Lasith Malinga and Mitchell Johnson bowled fiery opening spells and CSK were reduced to 6/39 in the seventh over itself.
That saw the side lose the plot. Although, skipper MSD managed to score a valiant 63 not out. But his team fell short by 23 runs in the end.
Dhoni didn’t get any help as he would have liked. Pollard was declared Player of the Match for his brilliant act and MI pocketed their first title in the bag.

MI seal the deal at the Eden once again 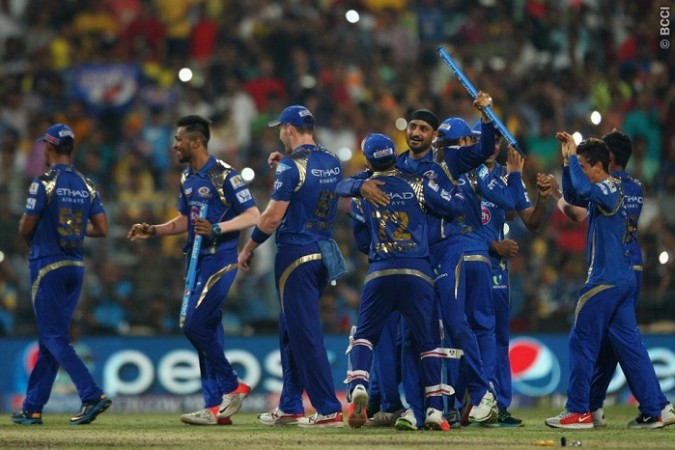 The eighth edition of the IPL final was held at the Eden Gardens once again and MI wanted to make it special in Kolkata once again.
The side needed to play smartly and build on momentum. After being put to bat, MI lost Parthiv Patel in the first over itself before the score was disturbed.
But from there on, the western giants managed to keep their focus and score emphatically. MI  went on to post a mammoth 202/5.
The likes of Lendl Simmons (45-ball 68) and Rohit (26-ball 50) got together take the command of their ship. West Indian powerhouse Pollard and the reliable Ambati Rayudu also chipped in with 36 runs each at the death to get MI past 200.
CSK needed to start strongly and play with momentum. But achieving the same against a top class MI attack seemed to be a distant task.
Dhoni’s side never really got going as they kept losing wickets at regular intervals. Opener Dwayne Smith, 57 off 48, was the only major contributor for the side. CSK perished in the end and lost the match by a significant 41 runs.
Left-arm pacer Mitchell McClenaghan, 3/25, was the chief architect for MI with the ball. The others rallied around him to hand MI their second IPL honour.

Are MI the favourites to win IPL 12?


Given MI’s success over CSK this season, one feels that the confidence will be riding high in the camp. Yes, CSK could be difficult to beat in a match of this stature, but if one team that can achieve this, has to be Mumbai. Beating them convincingly thrice in a season is no mean task.
It promises to be a cracking affair, but MI will go into the match believing that the fourth title is in their cusp. It will take something special, but the author believes that it could be MI’s year in terms of being crowned as champions.

–IPL 2019: Five Reasons Why CSK Can Defend The Trophy
–IPL 2019: CSK&#8217;s spin show to be their flavour of the season
–When MS Dhoni put country first ahead of everything else!

Previous articleProteas Women Will Have To Watch Out Against Pakistan’s Spin In The Final ODI
Next articleICC Cricket World Cup 2019: Know The Captains Of All 10 Cricket Teams