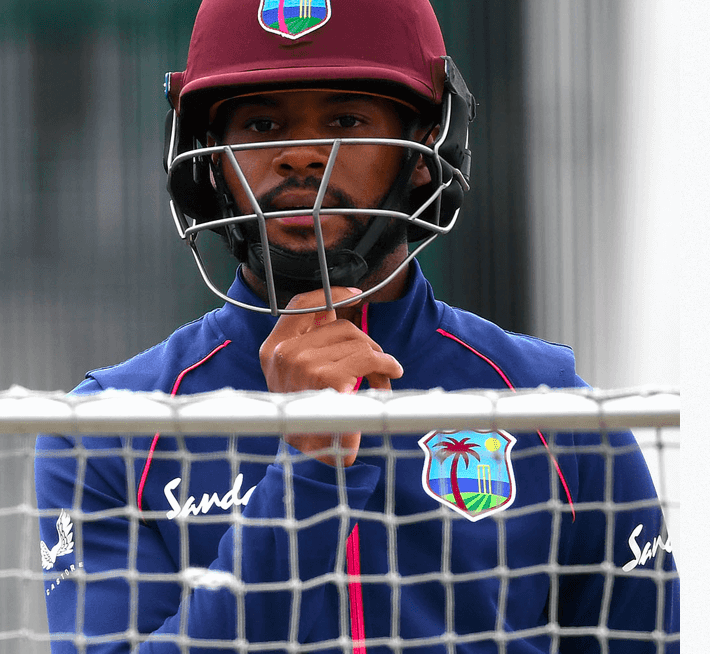 The problem with great talent is that it cannot afford even patches of ordinary run for the expectations are high. And when it comes to the West Indies, still searching for the next great batsman after Brian Lara, there cannot be a long layoff period from huge runs. Shai Hope, who truly fulfils the criteria for being the next big thing in Caribbean cricket, has proven himself to be an absolute beast in the ODI format.

He holds the highest individual score by a West Indian wicketkeeper batsman, courtesy his 170 against Ireland in 2018. In recent form, he top scored on either sides in the ODIs against Sri Lanka, scoring 258 valuable runs from just 3 games. But a fact that makes Shai Hope flirt with a thing of genius is that he’s the only batsman with eighteen (18) 50+ scores in the 50-over game since 2018. The only other man to have done it is the world’s best batsman- Virat Kohli.

But what have Shai Hope’s last 5 Test innings yielded?

What would hurt any Caribbean fan, not just the average cricket-loving Barbadian is that in the much-vaunted tour of England, the right hander could only occupy the crease for 286 deliveries, averaging a stay of around 48 deliveries per inning.

Not remarkable numbers for a batsman who entered record books in perhaps one of the most exasperating of West Indian moments in the longest format, scoring a century in each inning of the 2017 Headingley Test, leading his team to perhaps its greatest away win in the 21st century.

As a batsman, Hope’s craft bears the mark of a quiet genius.

Some may perhaps think of it as bit irrationally exuberant, but truth is there’s no shot that Hope can’t play that a Joe Root or Williamson can.

One of the most watched clips on YouTube is Shai Hope playing a straight drive off Avishka Fernando on the ODI held on March 15. Everything technically correct with the stroke, the lofted bat coming in beautifully forward in rhythmic fashion, leaning onto the front foot with just about perfect head and body weight balance and the end result is a magnificent stroke, copy book from the coaching manual.

A batsman in the classical mould, one of Shai Hope’s finest feats is that he’s made the fan who’d often vacate the seat in the light of another West Indian blunder reoccupy the place.

For that’s where runs flow from and comfort lays. Though, not necessarily in the Test format.

Cricket is an entertaining game, but one that’s also abrupt. How can it be that a man who’s already hit 10 centuries in 76 ODI chances has been able to hit only 2 from 64 Test chances, when the latter affords him all the time in the world to construct his quintessential meticulous one?

Nonetheless, to think that no batsman has a folly and everyone is a figure of eminent completeness would be a fool’s errand.

And it’s about time, the famous batsman did something about it.

You don’t need to embroil yourself in head-scratching rocket science theories to detect what the problem is.

He needs to score in the Test format. It’s as simple as that.

And thankfully, for the batsman with the experience of 34 Tests, a new opportunity has come.

Not considered for the tour to Bangladesh, despite being in the pink of fitness though not in form, Shai Hope has found a new opportunity to contribute in the series that begins June 10 versus the Proteas.

Though, the opportunities to contribute would be only 2 Tests but why see the glass half empty.

There are full four innings in which to make a mark once again and give a headstart to a Test career that began promisingly only to soon come to a standstill.

The only thing though, that the stylish batsman would keenly note is that there cannot be any lackadaisical showing of form or intent. The opportunity to score runs is here. And time, tide and runs wait for none.