Did you know that The T20 World Cup was scheduled to be held in India this year, but due to Coronavirus, the tournament was shifted to UAE.

The ICC T20 World Cup is being organized for the first time since the year 2016, and the tournament will be played between October 17 and November 14 in Oman and UAE.

The International Cricket Council (ICC) has allowed participating countries in the upcoming T20 World Cup to bring 15 players and 8 officials to the tournament in the UAE. A PCB official confirmed on Friday that the ICC has set a deadline of September 10 for the participating countries to send a list of their final 15 players and eight officials from the coach and support staff members.

Talking to PTI, a Pakistan Cricket Board (PCB) official said, “The ICC has allowed the participating countries in the T20 World Cup to bring additional players with the team in view of the situation of Kovid-19 and bio-bubble.” But its cost will have to be borne by the respective boards. The ICC only bears the expenses of 15 players and eight officials.

The qualifying tournament for the T20 World Cup will be played from 23 September and will see the likes of 2014 T20 champions Sri Lanka, Ireland and Bangladesh. Out of this, four teams will qualify for Super-12.

The official further said in his statement, ‘It now depends on the board how many additional players it wants to keep with its main team in view of the Kovid-19 situation. If a player from the main team comes positive in the Kovid-19 test or is injured, then one of the additional players can take his place. However, the board will have to send its team list by September 10.

BCCI President Sourav Ganguly: “It is good to get Oman in the frame of world cricket with the hosting of the ICC Men’s T20 World Cup. It will help a lot of young players take an interest in the game. We know it will be a world-class event in this part of the world.”

Oman Cricket Chairman, Pankaj Khimji: “Oman Cricket has come a long way and today is a watershed moment for us to have ICC and BCCI here at Oman Cricket Academy to announce the ICC Men’s T20 World Cup groups! 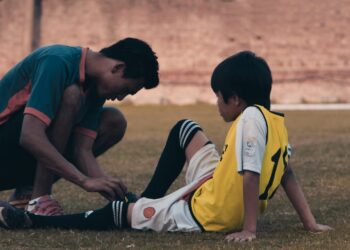