Lewis set another smashing lap in taking 95th career pole, his 1st at Mugello, with Bottas in 2nd, Max in 3rd! 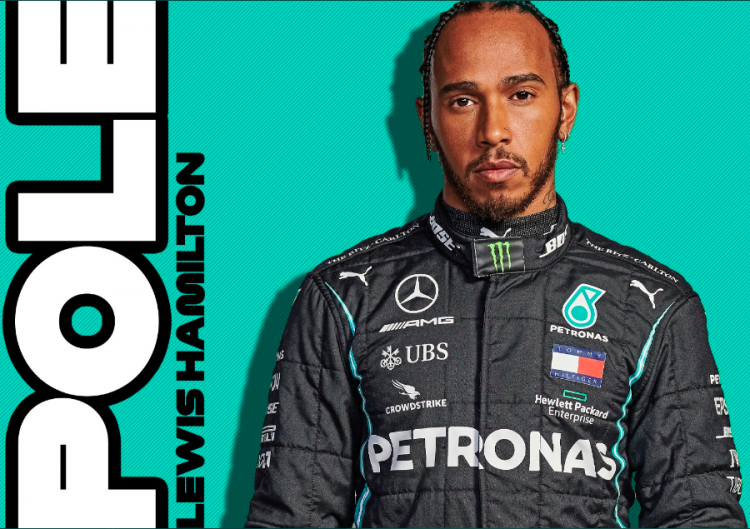 Another circuit and yet another demonstration of unwavering Mercedes consistency! As Formula 1 warmed up to the first new circuit on the 2020 calendar, pouncing on the high-speed Mugello track for the first-ever Tuscan Grand Prix, it was Mercedes who fired the opening salvo by locking out the front row.

Star-driver Lewis Hamilton drove a rip-roaring 1:15:144, a new track record, for the first installation of the Tuscan Grand Prix in leading Mercedes’ charge as he took his 95th career pole and his seventh in the running year.

Teammate Valtteri Bottas followed in a close second barely adrift by a negligible gap; the duo separated by only five-hundredths of a second. Third on the grid was Red Bull driver Max Verstappen, the Dutchman beating his Thai-British teammate, on yet another occasion, although this being Verstappen’s first-ever run on a track he had only heard of, much like the majority of the grid.

Though in showing great qualifying pace for the first time this season, Alexander Albon landed on fourth, Red Bull’s strong second-row slot holding the team in good stead for F1’s maiden-run at Tuscany. Can Albon crack a podium on Sunday and his first in F1, we shall see!

Stacked in fifth was Ferrari driver Charles Leclerc, the young Monegasque now holding the responsibility of collecting a respectable finish for the Scuderia’s 1000th Grand Prix- let that sinks in!

Meanwhile, Sergio Perez- clearly the driver facing most heat in F1, finding himself out of flavor with Racing Point for 2021 seat- responded with a strong qualifying drive in taking sixth. Firmly in control and determined to show great pace, it seemed ‘Checo’ was putting all that angst and hurt into great qualifying speed. In so doing, the Mexican out-qualified his younger teammate for the first time since returning to the grid (after recovering from COVID-19), Lance Stroll down in seventh.

Daniel Ricciardo, continuing a mighty fine qualifying form with a vastly improved Renault gathered a strong eighth, followed by Carlos Sainz, the only McLaren running inside the top ten, this time on ninth.

Esteban Ocon, who suffered a late spin toward the closing stages of Q3, prompting the signaling of yellow flags, completed the top ten.

How did drivers fare in Q2?

Previously, setting the early pace in the second run were the usual suspects: both drivers from Mercedes, Red Bull, Racing Point, and Renault, also the cars looking to dominate on Sunday, in that order.

But Q2 wasn’t all that promising for the likes of Lando Norris, Daniil Kvyat, Kimi Raikkonen, Sebastian Vettel, and Romain Grosjean, all of whom were knocked out failing to put a strong lap together, in that order.

While Norris had seemed the faster of the two McLarens on Friday first practice, it wasn’t that memorable a session for the young Briton on Saturday, all eyes now on Sainz, who finished second at Monza (a week earlier) to set the tone for McLaren.

Daniil Kvyat, the only Alpha Tauri to make it to Q2 struggled to set a hot lap time and found himself knocked out. Though this was better than the shocker teammate Pierre Gasly endured having failed to make it to the second qualifying run.

Kimi Raikkonen, who returns to Mugello, the venue for his maiden F1 test (in 2000), 20 years after having visited breathed in the Tuscan sun, could go thirteenth-fastest and was, once again, the only Alfa Romeo who could make it to Q2.

The most disappointing drive of Q2, it could be said, was Sebastian Vettel’s, the German once again finding the challenge to set a belter of a lap, quite like Leclerc, a bit too challenging. Though, the only saving grace for Vettel was the fact that he wasn’t knocked out in Q1 itself, which has been the painful narrative of the four-time world champion in nearly the last four races

What happened in Q1: Gasly’s heartbreak!

Much to everyone’s surprise, Pierre Gasly, race-winner at Monza, the Frenchman notching up a maiden F1 win suffered from terrible understeer in the opening qualifying session, which hampered his performance.

Resultantly, the hero at Monza was relegated to sixteenth, the furthest the young Alpha Tauri driver could go on a listless Saturday afternoon.

The local favorite Antonio Giovinazzi followed him, the Italian yet again finding himself on underwhelming pace, doing no better than seventeenth.

Russell and Latifi, the two Williams cars, followed the Alfa Romeo driver, who yet again failed to make it to Q2. Though, much to his chagrin, the young British driver hurt his chances by going rather wide on turn 7 in the opening qualifying run, as a result of which he lost a second or maybe a little more.

Kevin Magnussen, meanwhile, had his 2020 woes exacerbated by yet another underwhelming drive in the Tuscan GP qualifying that hurt the otherwise talented driver from commanding anything substantial, or worth noting.

The Dane begins his maiden Tuscan GP from twentieth on the grid. 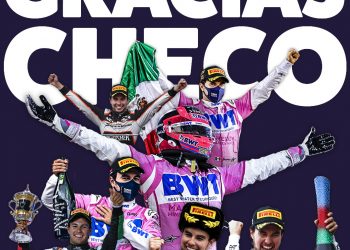