Lewis is sitting firmly on the cusp of a 100th win, as Max was able to manage only a 3rd at Hungary! 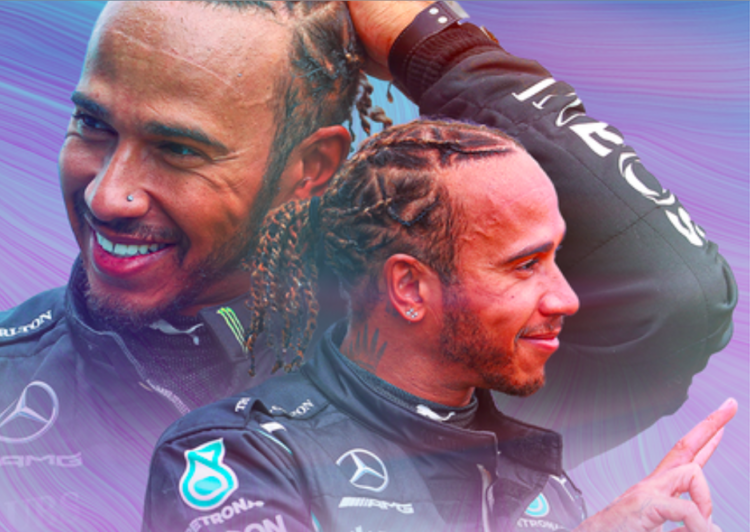 Visors down, grid positions decided and we are ready to go. The Silverstone controversy is over. Max and Hamilton have both returned to the battlefield, as have the two team principals Horner and Wolff, both aggrieved for different reasons. And in wasting no time whatsoever Sir Lewis Hamilton has conquered a record ninth pole here at the Hungaroring, setting a blisteringly fast 1:15:419, going four tenths quicker over his arch-rival Max Verstappen in demonstrating grit under pressure.

A calming sight for the harrowed Mercedes fans who felt the pain and agony seeing Red Bull’s mistreatment of Hamilton and the credibility he’s brought to a sport that today can’t be imagined without him, in their unsuccessful protest against his penalty at Silverstone.

On the other hand, to exacerbate Red Bull’s woes, the flying Dutchman who’s been in commanding form this season, couldn’t even make it to a second as Mercedes’s Bottas clocked a fantastic 1:15:734 in snatching second from Max, who starts his Hungarian challenge from third on the grid.

A Solid Midfield With Perez Ahead Of Ferrari And Both McLarens

What and how will Red Bull stop Lewis Hamilton is not going to be impossible, since the golden rule of the sport is ‘never say never’ in Formula 1. Yet, Max Verstappen doesn’t have the best-possible position from which to begin Sunday’s race, which would in all probability, be a showdown, as expected, between two of the best constructors on the grid.

That being said, Sergio Perez bagged a fighting fourth, though in the context of the race and the world championship, it’ll be interesting to note whether he’ll be allowed to contest Verstappen. Behind the fighting Mexican emerged Pierre Gasly, on fifth, roaring once again for Alpha Tauri as Tsunoda got himself knocked out in Q1 itself.

Meanwhile, in further dousing a packed midfield with yet more fire and fury was the fighting quartet of Norris, P6, Leclerc P7, Esteban Ocon in P8, and Fernando Alonso, who just turned 40 in P9, both Alpine cars finishing big on Saturday.

In tenth was Sebastian Vettel of Aston Martin, just ahead of a Daniel Riccardo, who with his eleventh, may not necessarily feel great at having done a job that could’ve been executed much better, given he showed flashes of great pace on Friday. But then, on the other hand, that Riccardo was, at one stage, just thirteenth in Q1, goes to prove he didn’t really have that bad a day- or did he?

Not too bad for Kimi?

Lance Stroll starts his Hungarian challenge from twelfth on the grid, finding himself outperformed by his experienced German teammate. Though, one of the key things to watch out for would be whether Kimi Raikkonen (Alfa Romeo), who starts from thirteenth, his best quali grid position this year (at Spain, he got P13 too), will be able to mount a challenge to Stroll.

Raikkonen’s P13 also ends in some ways a woeful run of recent qualifying results where ‘The Iceman’ found himself knocked out on four consecutive occasion in Q1 itself!

Down in fourteenth was Antonio Giovinazzi, who, for a change, found himself outpaced by his teammate who he’s consistently beaten on Saturdays.

On fifteenth is Carlos Sainz Jr. in the other Ferrari, after the Spaniard crashed out in Q1, prompting the session to be red-flagged.

Yuki Tsunoda, meanwhile, had a low key qualifying outing, managing no better than a 1:17:919, though just enough to be ahead of George Russell, who finished with a disappointing P17, in stark contrast to his usual qualifying pace and brilliant consistency.

The final three of the grid are Latifi, Mazepin, and Schumacher.

But the key question of the contest is whether Lewis Hamilton can lead the pack brilliantly and emerge unscathed in what could possibly be a massive duel in the opening few laps with Verstappen. Should he do so, Sir Lewis Hamilton would clinch his hundredth race win, a world record that none in the sport’s seven decade history have managed.

It’s lights out and away we go at Hungaroring.