Manchester United paid big money to sign the teenager last year from Monaco but the club believe that given his talent, that was money well spent. 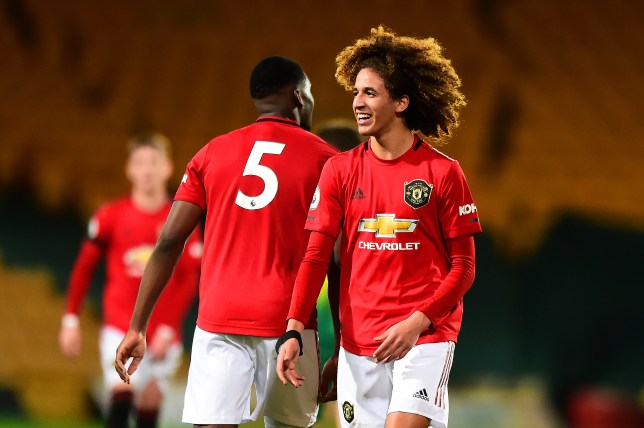 Manchester United are not the kind of club who decide to spend €10m on a 16-year-old player without a very good reason.

When the club signed Hannibal Mejbri from Monaco last year, it raised eyebrows – not because there were doubts about his talent but due to the amount of money, the club decided to fork out.

The Red Devils committed to paying €5m upfront to Monaco, with the fee rising to €10m based on attainable performance-based add-ons.

The figure was big for a 16-year-old but within the club, they felt that they got a good deal. Paris Saint-Germain, Tottenham Hotspur, Barcelona, Liverpool, Manchester City, Bayern Munich and Leicester City were all after Hannibal Mejbri.

Manchester United beat off serious competition to get their hands on the French midfielder.

They held a flurry of meetings in France to convince Mejbri’s family that Manchester United are the club where he would develop and become the next superstar to come out of the club’s academy.

12 days before securing the deal, Hannibal Mejbri was a special guest in Manchester United’s friendly against Kristiansund in Oslo.

The club personally invested to convince one of Europe’s biggest talents to cross The English Channel and move to Old Trafford.

Hannibal Mejbri, now 17, is one of the three French talents at the club, all of whom were watched by one scout in a small suburb to the north-east of Paris for half-a-decade.

Goussainville is around 20 kilometres from Paris, and sits just west of the Charles de Gaulle airport. It’s one tiny area of Greater Paris, known as the Ile-de-France.

It is also a part of the country where half of the national team hails from. Manchester United’s Paul Pogba and Anthony Martial grew up in those streets, which are known for being the hotbed of footballing talent.

It is in Goussainville that Hannibal Mejbri caught the eye of a Manchester United academy scout when he impressed for a Paris FC Under-12 side in a local futsal tournament on a Saturday of a two-day event.

The next day, Aliou Traore played for the Under-13s and was snapped up by Manchester United two years later. Noam Emeran also featured in the same tournament and joined the club just before Mejbri.

Five years on from that futsal weekend, Manchester United shelled out €10m for Hannibal Mejbri.

Manchester United were keeping tabs on Hannibal Mejbri when Monaco signed him in 2017 for a fee of €1.5m.

The scout who was keeping tabs on the young talent, joined Manchester United around the same time as well. He had been keeping an eye on Mejbri from his Paris FC days to AC Boulogne-Billancourt and eventually to Monaco.

Anyone who has seen him play in the middle of the park for Manchester United would understand why the Red Devils shelled out big money for him.

He takes on players with his dribbling and drops deep to collect the ball in order to take it forward. Combine it with his passing, vision and technical skills, he almost makes it irrelevant who he is playing against when playing at his best.

He made his debut for the Manchester United Under-23 side after just one game in the Under-18s. It is hard to remember which player made the transition this quickly.

The Manchester United coaches are excited about Hannibal Mejbri and even some of the first-team stars are tracking his progress with a keen eye. Paul Pogba has seen him in action for the Under-18s, as has Marcus Rashford.

The youngster also trained with the first team and has caught the eye of seasoned professionals in Ole Gunnar Solskjaer’s side.

He has been sharing his workload between the Under-18s and the Under-23 side and has been a pleasure to watch for many who have seen him in action last season.

Hannibal Mejbri started in an FA Youth Cup game against Leeds United and played a major part in winning the game for Manchester United.

The 1800 Leeds fans who were at Old Trafford also picked him out for his appearance and directed colourful chants at him. The Frenchman did respond with a cheeky Instagram post later.

Manchester United are expecting more progress from the 17-year-old next season and there is a chance he could even make his senior debut.

As with most young talents at Manchester United, the club have been protective about Mejbri as well and have continued to shield him.

The Premier League giants do not want him to feel any extra pressure despite the talent. Whenever Nicky Butt, head of first-team development, has spoken about the Frenchman, he has repeatedly stressed how young Hannibal Mejbri still is and even called him a ‘baby’ in one of the interviews.

Manchester United have high hopes from him but are also mindful about not bogging him down with extra pressure. The club believe they have a generational talent in their hands and therefore, the extra caution.