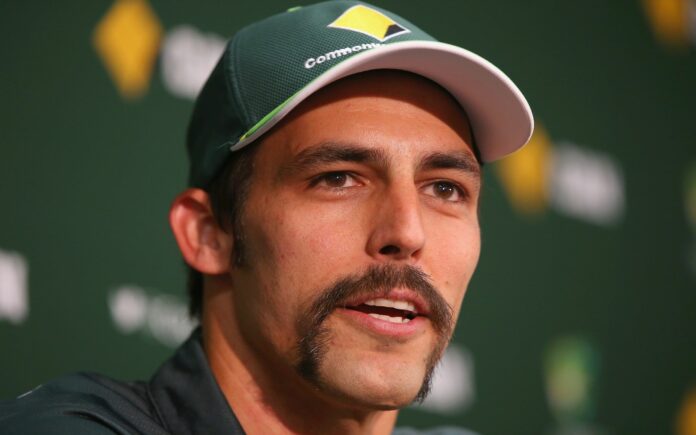 In the 21st century, with the advent of Twenty20 cricket, pitches became flatter. Boundaries became smaller. Bats became thicker. Fast bowlers were being marginalized and they were being considered an extinct species.

In this modern age, bowlers were just reduced to mere bowling machines.

All that changed in the summer of 2013/14 for a brief bit. For six Tests, one saw a bowler hurting batsmen, bowling raw pace in excess of 150 kmph, break the spirit of batsmen and shatter their confidence.

All this was done when batsmen had extra protection and had the advantage of big bats and flat decks. With bouncers and pace, this bowler once again brought back the old days of yore when bowlers and batsmen were on a slightly even keel.

For six Tests in 2013/14, Mitchell Johnson showed his class. In the five Ashes Test that he played against England, Johnson simply decimated the Old Enemy with great spells in the first, second and fourth Tests of the series.

In one Test against South Africa, in their own fortress, Johnson destroyed the Proteas with such an exhibition of bowling that their sentinel was rocked. For those six Tests, Mitchell Johnson, who turns 39, revived the art of fast bowling albeit briefly.

Throughout his career, when it came to England and the Ashes contest, Johnson veered on opposite ends of the spectrum. There were mind-blowing spells in Leeds 2009 and Perth 2010. In between, there would be horror shows in Lords and Brisbane where mentally he was shot to pieces.

In Sydney 2011, the barbs of the Barmy Army in which they shouted ‘He bowls to the left, he bowls to the right, that Mitchell Johnson, his bowling is shiitte’ shattered his confidence.

But, in that 2013/14 series, in every Test, Johnson left an impression which silenced the Barmy Army and England forever. In England, his round the wicket short ball barrage as well as the total breakdown of Jonathan Trott’s confidence was a textbook study of intimidation. His nine wickets blew England away and they never recovered.

In Adelaide, on a flat deck, it was Johnson’s 150 km thunderbolts and short ball at the body which saw many batsmen choose survival over defence. The tailenders, in particular, saw raw fear when Johnson came to bowl.

His white-hot spell in Adelaide of 7/40 saw Australia come one step closer to retaining the Ashes after four years.

In Perth, he took six wickets in a combined bowling effort but in Melbourne, his combination of pace and short ball saw him take eight wickets in the match. In Sydney, he finally ended with six wickets and his tally of 37 wickets saw Australia whitewash England 5-0.

Beating South Africa in their own backyard

After the England demolition, Australia headed to South Africa and they were greeted with an uneven pitch in Centurion. However, Johnson used that to his advantage. Using the same formula of pace in excess of 150 kmph and the bouncer, Johnson absolutely ripped the South Africa batting apart. In addition, he also hit Ryan McLaren on the side of the head and he was concussed badly.

To the tailenders, he absolutely broke their spirit by coming round the wicket and directing the bouncer at their bodies. No one countered it and Johnson took 12 wickets in that match. In six matches, he had taken 49 wickets.

To counter Johnson, South Africa prepared the anti-Johnson pitch in Port Elizabeth and Cape Town but still, Johnson finished that series with 22 wickets.

59 wickets in eight Tests redefined intimidating fast bowling to viewers in an era where they were accustomed to seeing big hits and big scores from batsmen. The thrill and fear of being confronted with pace and a bouncer was once again rekindled.

In 2012, Dale Steyn had jokingly said, “Where else in the world do you get the opportunity to basically kill someone with two bouncers an over? Or try, legally.” Johnson almost did that in 2013/14. On his 39th birthday, the world is grateful for Johnson for giving modern viewers the thrill and fear of seeing batsmen being confronted by the bouncer.