Have We Been Fair To Andy Flower And His Unsung Legacy?

What makes Andy Flower a bit of an unsung champion of the sport? 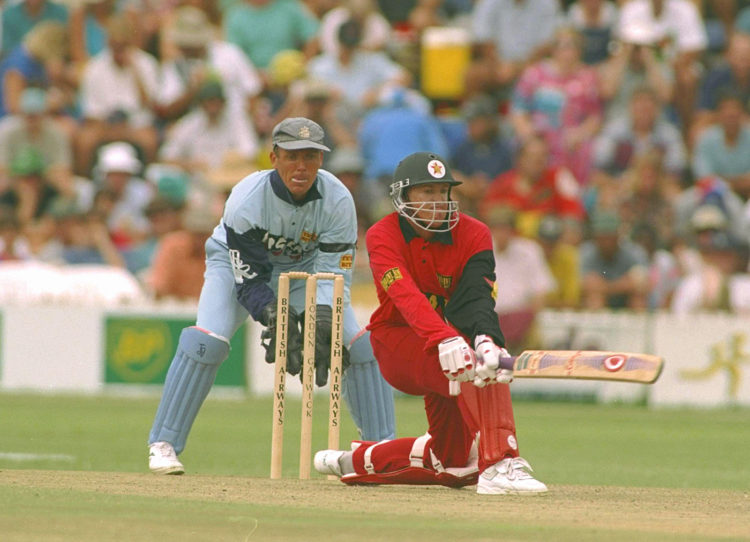 Every sport offers theories, which could be incomplete. But we live by them akin to believing a puritanical ritual, seldom putting forth our questions.

For instance, to say that Michael Schumacher- an unquestionable legend- was or is the greatest in F1 would be turning a blind eye to Senna and Fangio.

To state that Ronaldo and Messi- doubtless giants of their time- are the greatest would be ignoring Maradona and Pele’s contribution to Soccer.

Cricket too has offered interesting narratives. Probably some could be debunked.

Cricket Narratives That Could Be Dedunked

In this regard, if you were to think of the nineties, a period of the sport that produced absolute greats, you could be pushed toward a discussion that beckons greater interest than is afforded.

Were Sachin and Lara, Ponting and Kallis the only great batsmen of the time? Such a theory, definitive that it may sound, seems rather incomplete.

Just as believing that only De Villiers, Dilshan and Pietersen gave modern cricket its 360-range- a fascinating period of stroke play where batsmen played unbelievably unorthodox strokes to expand their canvass- is only the half-hearted truth.

Frankly speaking, reverse sweeps, switch hits towards the mid-wicket, the scoop over the slip cauldron were being struck with great ease, in the very fascinating period where the likes of Sachin and Lara lorded with supremacy.

But not always was the effective architect of some of cricket’s most unorthodox stroke-play given due credit.

Truth is, in Andy Flower, the game not only had a gentle giant but someone who made a case for Zimbabwe, a side that so often contested like neophytes trying to find their feet in international corridors.

In Andy Flower, the famous ‘90s- that golden period of nostalgia we visit with sepia-tinted glasses of likeability- had a batsman who was also a bit a warrior.

Someone who could both defy and slay attacks, holding the fort for Zimbabwe, that were back then, often thought of as easy punching bags.

Someone who held his own, furthering the case for a team that neither had the superlative talent of Australia nor the powerful affirmation that South Africa contested with.

In a sport where everyone’s attention was on Sachin’s straight drive and Lara’s cover drive, Andy Flower allied the ability to bat for long hours with a certain elegance to make case for one of cricket’s hugely undersung sides.

His efforts from 63 Tests, 213 ODIs, saw him win matches single-handedly, and when not, then broaden the scope for Zimbabwe to thrive even in situations that seemed difficult for affording them a chance.

In an age where there were powerful and stylish batsmen, Andy Flower highlighted the discussion by offering something of a rare utility.

Here was someone who could bring the grace of Alastair Cook and the soldiering ability (or love for toil) of Shivnarine Chanderpaul together to make Zimbabwe live for another day.

He did that during his magnificent and match-drawing 232 at Nagpur, a knock wherein he batted for over 500 minutes, emerging as the name on everyone’s lips, that too, in Sachin-territory.

He did that as he nearly dealt India a knockout punch during his most important ODI knock, that very charismatic 145 off 164 at Colombo during the Champion’s Trophy contest of 2002.

Interestingly, where many batsmen struggled to compile runs in or against sub-continental sides, Andy Flower took over the challenge with sedate ease.

How else are you going to put it?

But truth be told, the more daunting the circumstances, the more Andy Flower challenged himself.

England burst on at Zimbabwe in the early part of Jan 1996.

What followed in the first Test at Bulawayo was a defiant ton against the likes of Tufnell, Silverwood, Croft, and Mullaly.

A 112 drew the contest for Zimbabwe.

A few months later, along came Pakistan with Wasim Akram and Aaqib Javed.

And at Harare, Andy Flower responded with perhaps the most important Test stand ever compiled by any Zimbabwean pair, in their history.

A dazzling 269-run stand among the Flower brothers saw the duo keep the Wasim Akram and Pakistan threat at bay, in soldiering on for over 550 minutes.

In the very game that was also about Sachin’s straight drive and Ponting’s pull, Zimbabwe had found in Andy Flower who epitomized fighting abilities.

In a format that demanded longevity, Andy Flower was always tireless, ready to play a very Michael Bevan and Chanderpaul-like savior.

Yet, his ODI records speak of great adaptability. How else would he have averaged the respectable mid-30s against all noted sides?

And yet, here was someone who was anything but robotic or mundane in his approach to batting.

Want someone to know the art of pacing an inning, of opening the floodgates on either side by the simple but priceless act of exploring the gaps?

Head To Andy Flower And Ask Him All You Want

Just as England did when they approached Zimbabwe’s ever-ready taker of challenges for guidance.

Not all cricketing greats shine on the pitch alone. Some- rare that they are- like Andy Flower, find meaning in feats off the pitch as well.

Some of his greatest hits came in 2009, when under his coaching, England won the 2009 Champions Trophy, 3 Ashes Tests as also the ICC World T20.

Yet in doing it all; managing a tremendous Test average of 70 against a Donald and Pollock-driven South Africa (566 runs- 2 centuries, 2 fifties), scoring no fewer than 931 against Pakistan from 14 Tests and 164 Test runs at a sparkling average of 64 from just 2 games against the West Indies- Andy Flower emerged as an under-appreciated great.

And lest it is forgotten that at all these times, during which he compiled well over 11,500 international runs, Andy Flower kept wickets and kept fighting on, uncomplainingly.

So if the fan- in whose hands rests the great responsibility of making a sense of the contest and its idols-wishes to ever understand what it means to be an accomplisher yet someone who never did mind the utter lack of highlight, probably pointing in Andy Flower’s direction won’t be off the mark.