Looking at some of KKR's important players' performance the last time they played the game. 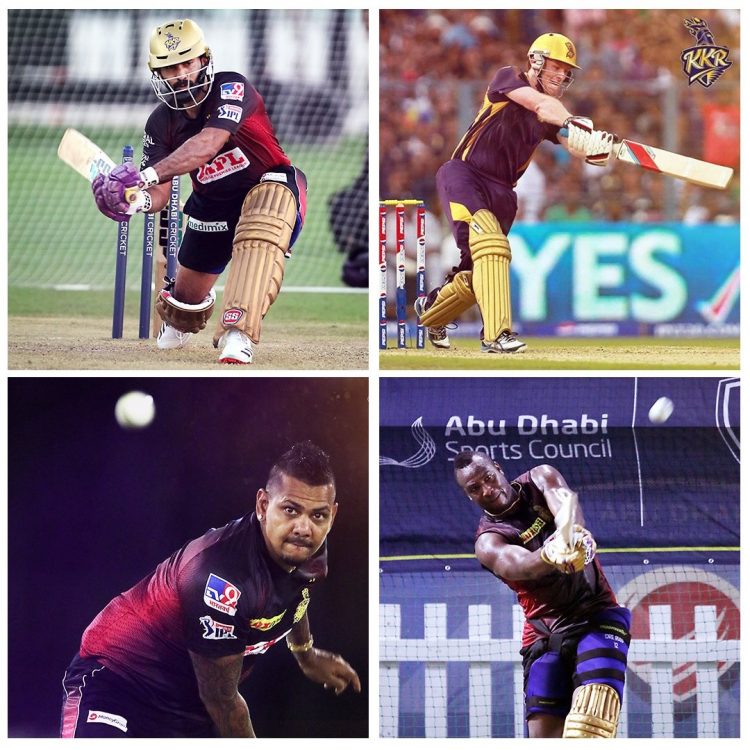 Kolkata Knight Riders (KKR) take on defending champions Mumbai Indians (MI), who lost their first match against Chennai Super Kings (CSK) in their opening IPL match tonight in Abu Dhabi in what promises to be a blockbuster tie between two old foes. While all the other teams have turned out at least once in this year’s IPL, this will be KKR’s first game.

The Dinesh Karthik-led team shelled out the big bucks to get some star power in the auctions for this editions, acquiring Aussie speedster Pat Cummings, England white-ball captain Eoin Morgan and hot prospect Tom Banton. Some handy Indian picks were also made as the Knight Riders look to make up for their disappointing performance in the last season. We take a look at the form of some of the key players of the side coming into the tournament.

Andre Russell is inarguably KKR’s main man with the bat. He was their highest run-getter for the team in last year’s IPL and is one of the world’s foremost power-hitters and has the highest strike-rate in the IPL.

Russell comes into the IPL after a solid performance in the CPL for the Jamaica Tallawahs for whom he scored 222 runs at a great strike-rate of 141. KKR will expect him to pick up from where he left off in the IPL desert safari. However, the all-rounder struggled with the ball, taking only three wickets.

He began as a mystery spinner who terrorised batsmen with his variations. But Sunil Narine has, over the years, become a quintessential T20 cricketer, opening the batting for all his franchises with the sole aim of going at it from the word go. His bowling prowess has waned a little in the last few years with batsmen beginning to pick him better, but he is still a vital cog in the KKR arsenal.

Despite missing three games in the CPL due to health issues, Narine hit two fifties in the five matches he played and picked up six wickets at an amazing economy rate of 4.5. He looks to be in red-hot form coming into the IPL.

Eoin Morgan has been in good form since cricket restarted, leading England with both the bat and with his captaincy skills in successive white-ball series. Though England’s last ODI assignment ended in a close defeat to Australia. Morgan, however, averaged only 29.33 in the series, with a highest of 42. However, he has been stroking the ball well.

Pat Cummins will spearhead the KKR bowling attack. With pacers mixing it up and doing better than expected so far in the slower pitches in UAE, the onus will be on Cummins to follow suit. He, however, had a poor outing in England, picking up only 3 wickets at an average of 61.00.

Scott Styris has said that Shubman Gill is KKR’s best batsman in a recent interview. It is thought that he will be the focal point of the KKR batting unit this year with his skill-set and technique being one of the best among young Indian batsmen. Gill last played cricket in New Zealand during a tour of the country and impressed with the bat, hitting a double century against New Zealand A for the A side as well as scores of 83 not out and 136.

The KKR captain has oodles of experience at all levels and will be one of the main players of the side.

Discarded from the India side now, the wicket-keeper batsman last played competitive cricket in a Ranji Trophy Elite Group match for Tamil Nadu against Baroda where he got a brisk 49. However, he has often been inconsistent in recent times and failed to take advantage of his surprise selection in the World Cup team.

The chinaman bowler had a poor IPL 2019 and was last seen playing competitive cricket for the national team against Australia at Home and New Zealand away in the first half of the year. He picked up five wickets in his last three ODIs and will be vital to KKR’s chances in the slow tracks of UAE.