Everything you need to know about Hyderabad FC's upcoming ISL 2020-21 campaign. 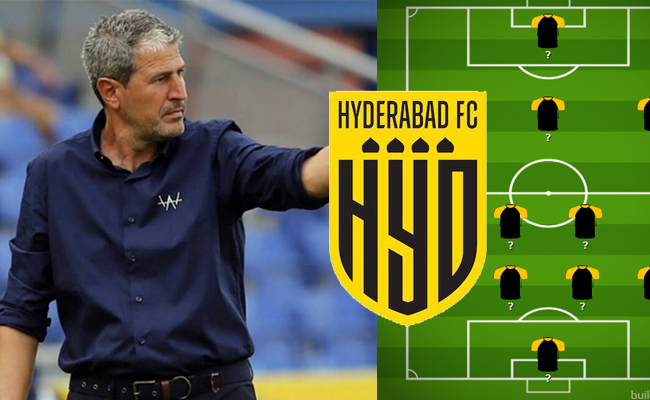 How will Hyderabad FC fare under Manuel Roca in the upcoming season of the ISL?

After a disastrous debut season in the 2019-20 Indian Super League, Hyderabad FC will take the pitch as a revamped side this campaign. The Nizams appointed Albert Roca as their manager, but he was called up by Barcelona boss Ronald Koeman for the fitness coach role.

As a result, Hyderabad FC turned to Manuel Roca, who has the experience of managing Las Palmas, Espanyol and Ratchaburi in the past.

The Hyderabad-based franchise have made some key signings in the overseas and reserve departments as they look to change their fortunes in the seventh edition of the ISL.

Adil Khan: The experienced and sturdy defender will be key to Hyderabad FC’s chances in the 2020-21 ISL. Khan generally plays as a centre-back but has also been used efficiently as a defensive midfielder in the past.

His ground-covering abilities will allow Joao Victor to combine with Lluis Sastre in the attacking midfield and setup Hyderabad FC’s moves down the pitch.

Khan is inclined to move towards the right side of the pitch during attacks which might act as a buffer zone for Onaindia and Souvik Chakrabarty to drop down and stay back in defence when the team is up the pitch in search of goals.

Joel Chianese: The experienced Australian likes to play on the right-wing and as a second-striker, when required. However, Manuel Roca’s side is expected to use the utility skills of Chianese to shift him to the left flank.

This would allow prominent Indian winger Laldanmawia Ralte to play in his natural position – the right-wing. Chianese has a great goalscoring record and is a decent crosser of the ball, which would make Hyderabad FC marksman Aridane Santana excited.

Aridane Santana: The former Odisha FC striker, who scored nine goals and provided two assists in 14 games in the ISL last season, is expected to be the most important performer for the Nizams.

Aridane Santana is a finisher of the highest calibre, as far as the Indian Super League is concerned, and will need Joel Chianese and Laldanmawia Ralte’s support from both the wings.

Lluis Sastre in the midfield will be key to setup Santana to score as many goals as possible. Hyderabad FC were devoid of goals last season which was one of the major reasons behind them finishing bottom the league.

In the upcoming edition of the ISL, Santana will carry the responsibility of scoring for the Nizams.

Manuel Roca prefers a typical 4-3-3 formation, but with two prolific defensive midfielders in Adil Khan and Joao Victor in the side, Roca may divide the midfield to accommodate a balanced line-up. He is expected to go with a standard 4-2-3-1 line-up.

Hyderabad FC fixtures (Till Round 10)

Hyderabad FC have an inexperienced squad, and although they have made some key signings, they lack the ‘X-Factor’, especially in the midfield to dictate the course of games.

The Nizams are slated to perform better than what they did last season, but may end up again in the bottom half of the league table.