There is a new wave of optimism as far the Indian women’s team is concerned going into the ICC World Twenty20 ti be held at Guyana. A new look India will be aiming to maintain the zeal and excitement of the young brigade that makes the scenario pretty exciting.
Amid all the focus on Harmanpreet Kaur’s side, one player with all the gusto and swagger could prove to be the mettle for the side. Perhaps even the real deal when it comes to lighting up proceedings in the mega tournament. Smriti Mandhana is that new age work horse that signifies the glory India’s women cricket seeks.
India have a tricky schedule of matches in the group stage to deal with. But with players like Mandhana and Kaur in the ranks alongside a spin-heavy outfit, things could go India’s way. Let’s not jump the gun here, but rather celebrate a player with the calibre such as Mandhana’s. She could make that difference.
A teenage Mandhana made her India debut in 2013 after some impressive outings 2012 Challenger Trophy.  From there on there was no looking back.
Mandhana has got the desired experience of playing quality T20 cricket in England and Australia. She knows most of the players from opposition teams and her hunger for runs makes her a dangerous prospect. She has been a prime candidate of runs with half-centuries in difficult conditions in England, a century in Australia as well.
Not to forget, there have been a series of crucial contributions in a historic T20I series win overseas. There is also the Women’s Big Bash League (WBBL) contract to be proud of.
So can she be the focal point or the fulcrum of the side? Let’s have a look. 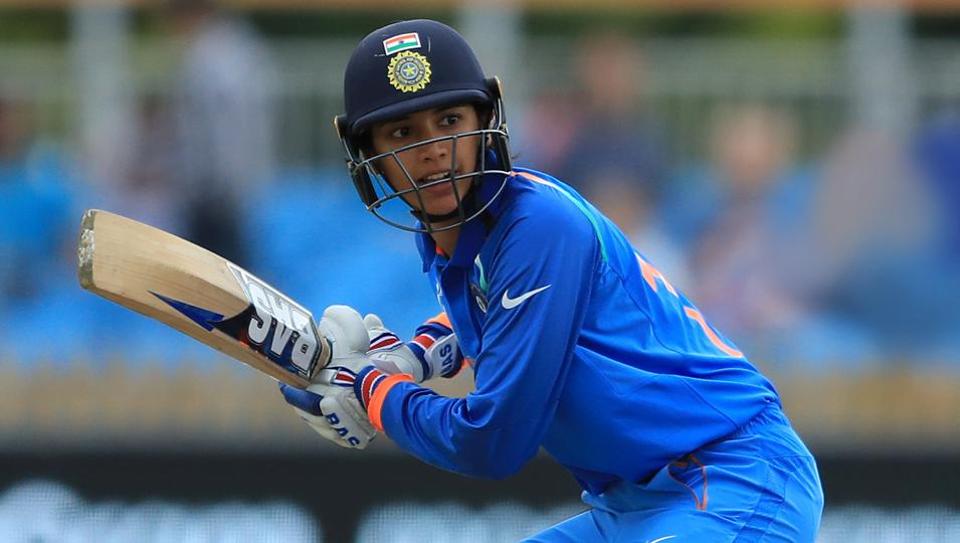 When the countdown to India’s World Cup journey began in 2017, Mandhana was primed to do great things. Everything was in line until the southpaw suffered from an ACL injury in January.
With less time on offer, Mandhana still managed to recover for the mega-event, diligently working on her rehab program. Post that she spent extra hours in the nets once she was given the license to bat. Her return to the international arena was rather a joyous occasion.
She slammed an emphatic 90 in the opening match against England. Then she followed that by an unbeaten century against West Indies. But her form deserted her since then In the rest of India’s campaign including the final at Lord’s, Mandhana managed just 26 runs in seven matches.
One may have thought that she lacked the consistency back then. A long gap followed before Mandhana took guard in ODIs in 2018. In a three-match ODI series against South Africa, she responded with 84 and 135. The hardworking and disciplined cricketer came back to form keeping all the worries at bay.

World Cup a learning curve for her


There comes a point in every athlete’s career when a mental and determination switch just works out. A point when a player having the talent shows flashes of it, to finally realising the true potential and delivering accordingly. When you look at Mandhana, the failures in the World Cup helped her switch.
If anybody who follows women’s cricket of late, then they will be quick to see an attribute of Mandhana, when she struggled technically. Many teams explored her weakness. An example of it was that she wasn’t comfortable hitting the ball through mid-on. Bowlers bowled around her legs and often she used to remain stuck at the crease.
The extended break last year saw her spent the off season making some technical tweaks. The work of getting a new open stance allowed her to access the leg-side more easily. It helped her be more approachable in terms of expansion.
Earlier, in an interview with Cricbuzz, Mandhana had said, “There were a lot of learnings from the World Cup. It was the best thing that could have happened to me. I never got such a lean patch in my life earlier, so I never thought about it seriously. Once the World Cup (failures) happened, I was open to anything. I tried the open stance, and I was happy with it. That has really given me results.” 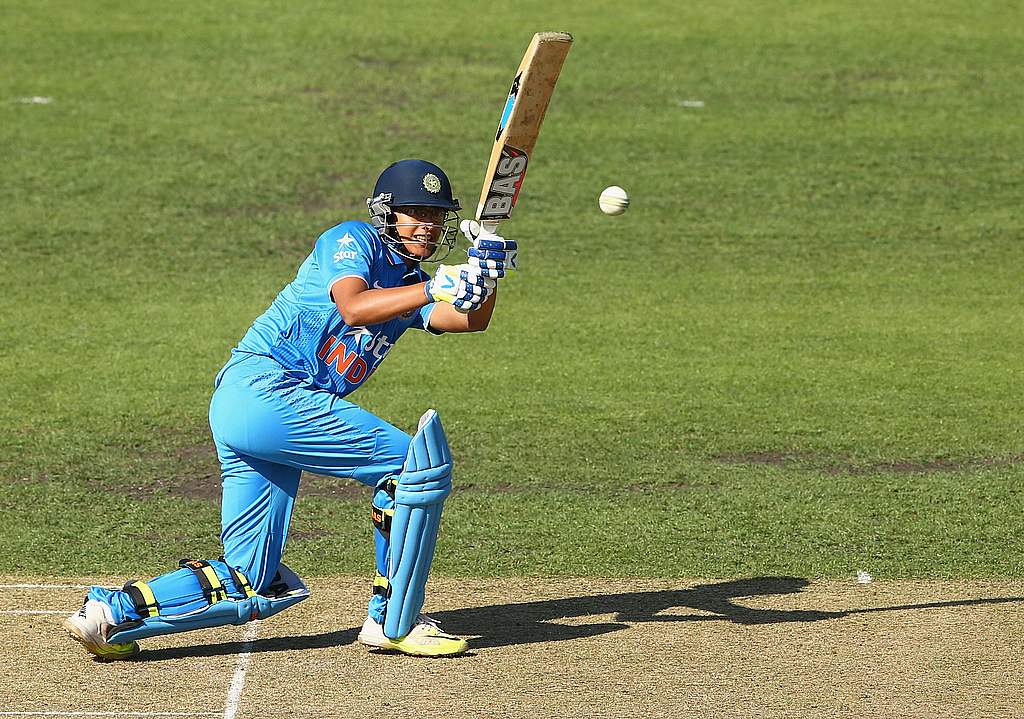 Mandhana has always been an aggressive batswoman and since the early days there has always been a search for runs. Her qualities are the quickness to pick length, being strong on the back foot, and carving out gaps through the off-side. Her short-arm pull has always been her strong point and post the World Cup, she has also started hitting the ball straight.
After working her way through and making the technical adjustments, the left-hander has scored a staggering 1,113 international runs in just 32 matches. The feat includes 11 half-centuries. Her positive intent also helped her hitting sixes. In the last 10 months, she slammed 23 of her 32 career sixes.
When she played in the Women’s Super League in England, she scored a decent 421 runs for Western Storm. What was mind boggling here was her staggering strike rate of 174.68. Amid all this, she slammed a maiden T20 century and also a record 18-ball half-century.
This bursts of aggressive at the top of the order has brought a new fervour in the Indian T20I team. During an interview with New Indian Express she once said, “In a shorter format, you don’t have much time to think. You should be at your best and be aggressive all the time.”

Mandhana will be keen to address current form


Mandhana has been battling with T20I form since June 2018. In 10 innings she accounted for two ducks and her best in this period is 38. And importantly all this has come against Asian teams. But now there is an opportunity to address the same and a fresh air of facing other teams will give her the boost.
She is the key to hand India quick runs in the first six overs. With the veteran 35-year-old Mithali Raj to provide her company, Mandhana could take the lead and get the score ticking.
Perhaps another switch of mental balance is required and in big tournaments as such, she could go out and show what she is made of. Mandhana is the leader this new wave of Indian players. The Arjuna awardee has contributed immensely to be the new face of Indian women’s cricket.

Mandhana can lend voice atop

When you look at India’s previous T20I World Cups, the teams struggled with their opening partnerships. Statistics reveal that in 21 matches, across five editions of the coveted tournament, India’s opening pair averaged a paltry 25.86 at a low run rate of 5.82.
In the last ten months those stats have improved rather significantly. In 18 completed T20I innings, the Indian women openers have scored an impressive 568 runs at an average of 31.55 at 7.43 runs per over.
With the aggressive attitude of Mandhana, expect her to lend a voice atop and give India the base to perform significantly well. One of her targets will be to better her strike-rate of 112.28. We all hope that the youngster gets out and inspires the team to make it big in the Caribbean.
Previous articleA tribute to Brett Lee, a legendary monument of Australian cricket
Next articleKey players to watch out for in the ICC Women’s World T20