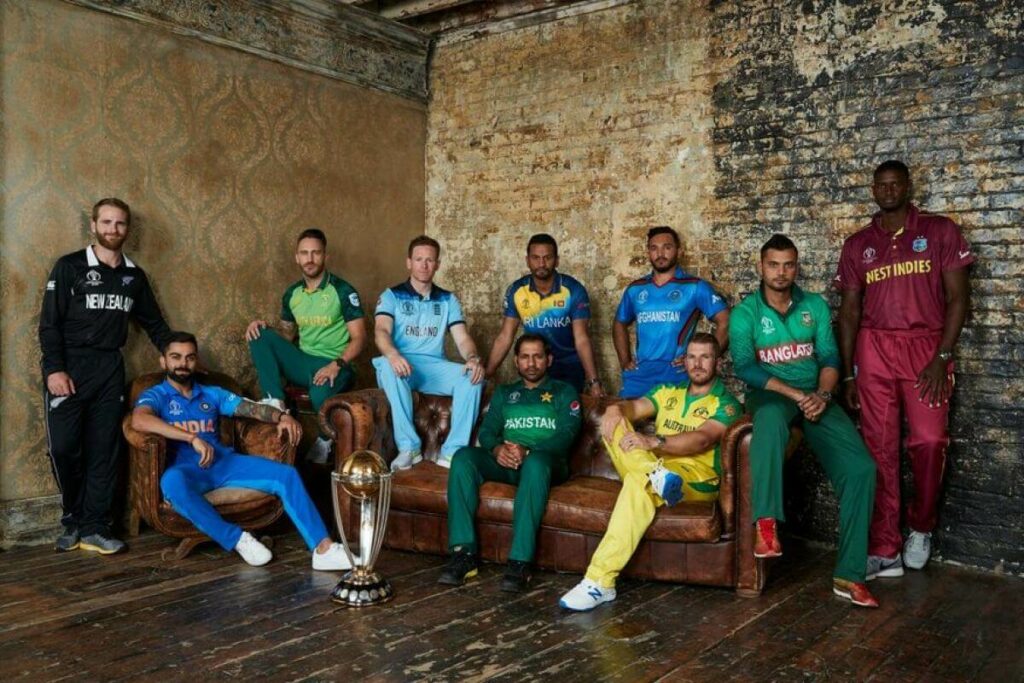 Australia is standing at the top with 12 points from six wins.
They needed at least one win to seal their semi-final position from the matches against England, New Zealand, and South Africa. Now with the win against England, they have sealed their knock out place.
A ticket to top four is an achievement for them after an unsuccessful 2018.

With 11 points, the Kiwis look set for the semi-final in the cricket world cup 2019. Even if they have to share points in any of their remaining matches against in their remaining matches against England, Australia, and Pakistan, it will not affect their qualification.
One win will guarantee the qualification of the undefeated team of the tournament.
New Zealand won pretty convincingly Sri Lanka, Bangladesh, Afghanistan, South Africa, and West Indies whereas their match against India was washed out.

India is another undefeated team apart from New Zealand till now in the group stage.
They are already done with two top teams, Australia and New Zealand and left with matches against England, West Indies, Bangladesh, and Sri Lanka.
Virat brigade needs to ensure two more wins from the remaining for the next stage. After getting a scare from Afghanistan, Indians need to be careful.

The number one ICC ODI team had two shockers again two underdogs, Pakistan, and Sri Lanka. Now they have faced one more loss against Australia. With four wins from six matches till the game against the mighty Aussies they had to clinch two wins from their three fixtures against India, Australia, and New Zealand.
Now as they lost one of the three matches and one win cannot guarantee anything for England.they have to win the next two matches for a semi-final spot.

Bangladesh cricket team are one of those dark horses of the tournament that can be a real threat to England for the knock out phase. Their last win against Afghanistan took them closer to the next stage.
While they will eye Pakistan match for another victory, India will be a tough contender. If they manage to win against Pakistan, they will have a fair chance of qualification although it will depend a lot on England and Sri Lanka.

Sri Lanka’s next matches are against England, West Indies, and South Africa. Winning all three matches will make them enter the semi-final but anything less than that will make them dependant on other teams.
They have the potential to win against the Windies and South Africa to end with 10 points. In such case, if England lose all their remaining matches and Bangladesh fail to win more than two Sri Lanka can qualify for the fourth position.

Pakistan will face New Zealand, Afghanistan and Bangladesh in their next fixtures. New Zealand is anyway the toughest contender going by the rank so far and Bangladesh has all the elements to defeat Pakistan.
Moreover, Bangladesh batsmen will be a challenge for Amir and co.  Even if they manage to win two matches somehow they will have a tough time ahead because of the net run rate.

West Indies have to beat India, South Africa, and Sri Lanka to end with nine points. But that will surely not sufficient to qualify as in that case England need to lose all their matches and Pakistan, Bangladesh and Sri Lanka cannot win more than one.
South Africa and Afghanistan have already been knocked out from the tournament.
Let’s have a look at point table and ICC World Cup 2019 Semifinal Scenarios so far….

Previous articleWorld Cup 2019: How is the race for semi-finals shaping up?
Next articleChris Gayle Retirement Postpones, Wishes To Play his final Test Against India