IND vs AUS First T20: What is a concussion substitute?

Yuzvendra became man of the match with 3 wickets 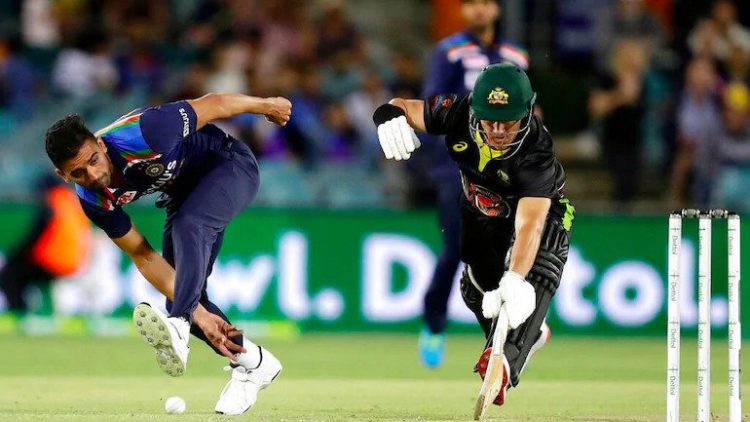 In the first match of the T20 series played between India and Australia, the Indian team used the ‘concussion substrate’ for the first time. In place of Ravindra Jadeja, Yuzvendra Chahal was sent to the field as a replacement. He took 3 wickets in the match. He was declared man of the match for his outstanding performance.

Australian coach Justin Langer appeared angry with India’s decision. He also argued with match referee David Boon after the first innings. During India’s innings, batsman Jadeja has complained of ham-string in the 19th over. After this, Mitchell Starc’s ball in the 20th over went to Jadeja’s helmet.

Jadeja looked very upset while taking runs in the 20th over of the Indian innings. However, he batted till the last ball and smashed 44 off 23 balls. Jadeja’s concussion test was not done due to having 4 balls to end the innings.

During the match break, India decided to include leg-spinner Chahal as Jadeja’s concussion replacement. According to the rule of concussion substrate, the team has to replace the bowler and the batsman instead of the batsman.

Information given to Chahal 10 minutes before the innings started

Jadeja being the frontline spinner of India, Chahal was sent to the field as a substitute. After the match, Chahal said that he came to know about 10-15 minutes before the batting of Australia that he was going to play in the match. He said, ‘Just as Jampa bowled in the first over, I wanted to bowl the same way.’

Chahal took 3 important wickets of Australia in the match. He dismissed captain Aaron Finch, Steve Smith and wicketkeeper-batsman Matthew Wade. He was voted Man of the Match for this performance.

What is concession replacement?

For example, if a batsman is injured, only one batsman can come to play in his place. If he is replaced by an all-rounder, then he can only bat. Many teams have implemented this rule since the rule came into force.

Australia used this rule for the first time

When can the team take a concession replacement

According to ICC’s CONCUSION SUBSTITUTE LAW 1.2.7, following these rules are to be taken for replacement: