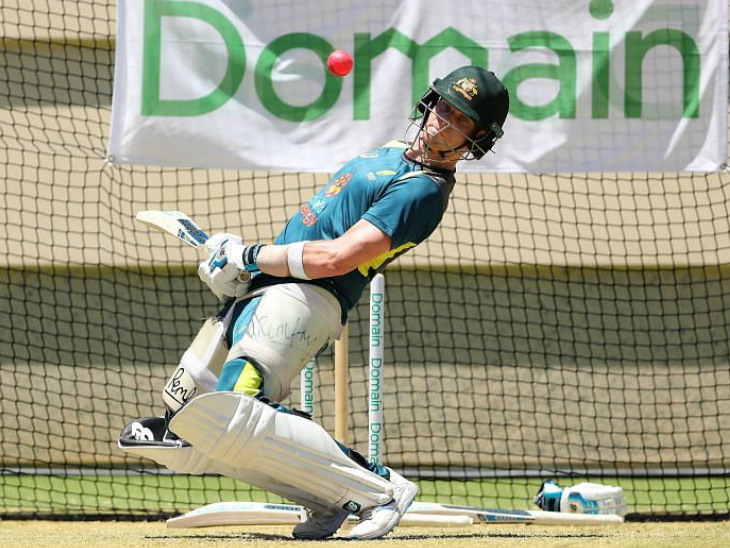 Australia’s assistant coach Andrew Macdonald on Sunday advised the Indian bowlers not to bowl a shot against Steve Smith. He said that bouncer is not Smith’s weakness. In such a situation, if Indian fast bowlers execute this plan, then it will not benefit them.

Team India has reached Australia to play 3 one-day, 3 T20 and 4 Test matches against Australia and currently has Quarantine in Sydney. Team India’s tour will begin with a one-day match on 27 November.

According to the news agency, he said that I don’t think short-ball is Smith’s weakness. He is a great batsman. I think the Indian bowlers will start with the bouncers, but later they will try to dismiss them as per their plan. Indian bowlers have done this before and they are doing well in Test matches. In such a situation, this match will be worth watching.

“I know that he was under pressure in the Test match against Joffra Archer,” Macdonald said, but later came back to score. Along with One-Day T20 cricket, Smith scored well against the short ball of the opposition. In such a situation, do not look at the short ball as a weakness, but if they want, they can bowl like that.

The ball was on the helmet during the Ashes

During the Ashes series last year, Joffra Archer upset Smith on the shot ball. One of his balls hit Smith’s helmet. After this, Neil Wagoner of New Zealand also targeted him in the same way. Smith did not play in the recently played one-day series against England, as the helmet hit the ball during practice. In the IPL 2020 for Rajasthan Royals too, he has been able to score just 311 runs in 14 innings with 3 half-centuries.

Steve Smith’s average in Test matches is superb. He has played a total of 73 Test matches for Australia so far. He has scored 7227 runs at an average of 62.84. During this time he has scored 26 centuries and 29 half-centuries. The last time India toured Australia, India won the series 2–1 in the absence of Smith and David Warner.

Former Australian fast bowler Geoff Lawson wrote in his column for the Sydney Morning Herald, “Without Kohli, the Indian team would be the same as the Australian team was without Steve Smith and David Warner. He not only runs but he runs the entire team. But reduce mental pressure. “

Kohli has scored 7240 runs at an average of 53.62 in Tests so far and is the top-ranked batsman in the ICC rankings for a long time after Smith. Under Kohli’s captaincy, India won the Test series for the first time after 71 years on the last tour to Australia.

Team India captain Virat Kohli will go to Paternity Leave after the first Test. Virat and Anushka were married on 11 December 2017 in Italy. Kohli had tweeted in August- In January 2021, we will be two to three.