Team India has not lost from last 10 consecutive matches; First win after 2 defeats against Australia 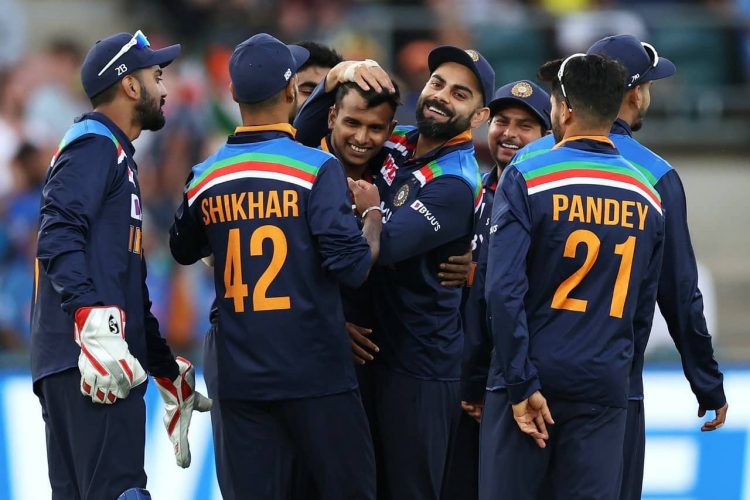 India defeated Australia by 11 runs in the first match of the 3 T20 series. Team India has not lost from the last 10 T20 matches. The team was last defeated by the West Indies in the Thiruvananthapuram match on 8 December 2019. At the same time, it has won the first after India’s 2 defeat against Australia. Australia lost by 7 wickets in the previous match on 27 February 2019.

In Canberra T20, the Indian team lost the toss and gave a target of 162 runs while batting first. In response, the Australian team could only score 150 runs after losing 7 wickets. Captain Aaron Finch scored 35 runs for the team. At the same time, Yuzvendra Chahal took 3 wickets for India.

Australia could not handle Chahal and Natarajan’s Bowling

For Australia, Aaron Finch and D’Arki Short gave a great start by opening a 56-run partnership. Chahal then gave a big blow to Finch and Steve Smith (12). With this, Australia were cautious that Glenn Maxwell (2) and D’Arki Short (34) were dismissed by T Natarajan, who were playing the debut match. Australia could not overcome these setbacks and lost the match.

Natarajan took 3 wickets in the debut match. He LBWed Glenn Maxwell. This was the first wicket for this fast bowler in his debut match. He achieved this on his 9th ball. After this, D’Arki Short was caught out by Hardik Pandya. In the end, Natarajan gave Mitchell Starc a clean bowling.

During India’s innings, batsman Jadeja was complained of ham-string in the 19th over. He then batted and also scored an innings of 46 runs. He did not come for fielding after the inning. In his place, Yuzvendra Chahal came on the field as a concession substrate. Under this rule, only the bowler can be included in the playing eleven in place of batsman and bowler in place of batsman. Chahal bowled instead of Jadeja.

The Indian team did not have a good start. The opener Shikhar Dhawan (1), captain Virat Kohli (9) and Manish Pandey (2) combined to score just 12 runs. Dhawan was bowled clean by Mitchell Starc in the third and second over of the innings. After this, Kohli was caught by spinner Mitchell Swepson on his own ball. This is the second T20 match of Swapson’s career. After this Adam Jampa got Manish Pandey caught out by Jose Hazlewood.

Australian bowler Moises Henriques gave India 3 shocks. He dismissed Lokesh Rahul, Sanju Samson and Hardik Pandya. Samson was out for 23, caught by Mitchell Swepson. The innings was restful that Rahul was also dismissed. Heinrichs catches him at the hands of Sean Abbott. Hardik Pandya scored 16 runs, caught by Steve Smith at Henriques’s ball.

Australian players descended into the T20 series wearing a specially designed indigenous jersey. This jersey was designed to honor the Australian team of 1868. It was designed by Aunty Fionn Clarke and Cortney Hagen.

Cricket Australia wrote in a tweet that for the first time in 1868 the Australian team toured overseas. The team reached the United Kingdom after a 3-month sea voyage. Where he played 47 matches at the World Famous Ground. This jersey was created to give tributes to him.

India has not lost the series for 12 years in Australia

India, Australia have not lost any T20 series for the last 12 years. The last time in 2018 when India toured Australia, the series was equal to 1-1. At the same time, India made a clean sweep 3–0 against Australia 4 years ago. 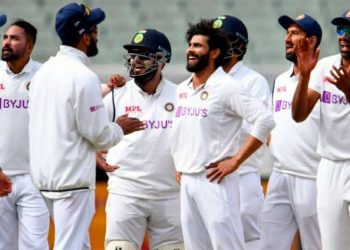 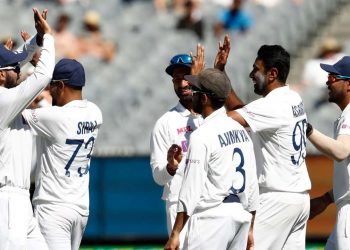 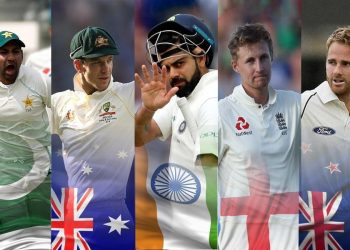