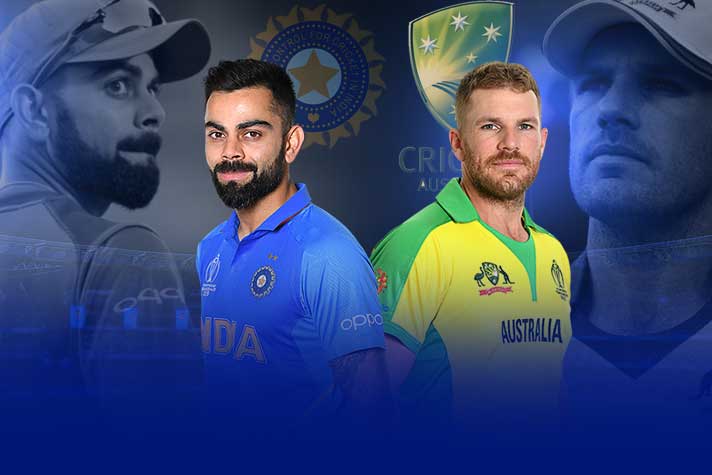 Team India, which went on a tour of Australia between Corona, will play the first match of the 3 ODI series in Sydney on Friday. Both teams will be face to face in Australia after 21 months. The last match between the two was played in Australia on 15 January 2019. In this ODI played in Adelaide, India defeated Australia by 6 wickets.

India won the series on the last Australia tour

Last time the Indian team played a 3 ODI series was in Australia in January 2019. Team India won the series 2–1 after losing the first ODI. Even then, the command of the Indian team was in the hands of Virat Kohli. Australia’s captaincy was also with Aaron Finch. This time too, only 3 ODIs will be played between the two teams. In such a situation, Kohli’s team has a chance to win a third consecutive ODI at home in Australia.

Team India will miss opener batsman Rohit Sharma. Rohit is not part of the ODI and T20 squad due to hamstring injury. Rohit has scored 2208 runs in 40 matches played against Australia. This includes 8 centuries and 8 half-centuries. In such a situation, the team may miss them.

Without Rohit, the team’s batting will be depend on Shikhar Dhawan and captain Virat Kohli. Kohli has scored 1900+ against Australia and Dhawan has scored 1100+ runs. Apart from this, batsmen like Shreyas Iyer, Manish Pandey and Hardik Pandya will have the responsibility of scoring runs in the middle order.

For the second opener along with Dhawan, the team will have to bow. Mayank Agarwal and Shubhaman Gill are said to be at the forefront of this race. At the same time, the team also has a third option in the form of Lokesh Rahul, but the team can bat him in the middle order with wicketkeeping.

The bowling will take on Jaspreet Bumrah and Mohammed Shami. Both did well in the IPL. Apart from this, Yuzvendra Chahal and Ravindra Jadeja can be seen handling the front in spin bowlers.

Australia strong with the return of Warner-Smith

The return to the team of David Warner and Steve Smith has strengthened the Australia team. At the same time, Aaron Finch and Marcus Stoinis can also become a challenge for Indian bowlers. Team India will have to devise a special strategy for Marnus Labushane.

Fast bowlers like Mitchell Starc, Pat Cummins and Josh Hazlewood will present a challenge to Team India in the Australian bowling attack. Australian bowlers become even more dangerous in home conditions. Apart from these, Adam Jampa can handle spin bowling.

The sky may remain cloudy on Friday in Sydney. The maximum temperature is expected to be 24 and the minimum temperature is 19 degrees Celsius. The pitch can help the batsmen. Spinners can also play an important role. The success rate of the team batting first at the Sydney Cricket Ground is 56.05%.

140 ODIs have been played between India and Australia so far. In this, Team India won 52 matches and lost 78, while 10 matches were inconclusive. The Indian team played 51 ODIs against Australia at its home, of which 13 have been won and 36 have been lost. 2 ODIs remain inconclusive.