Virat went on paternity leave by handing over the captaincy to Rahane, message to the team- trust yourself and perform better 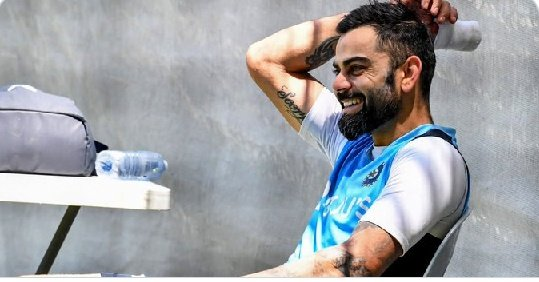 Team India’s captain Virat Kohli left for India from Australia on Paternity Leave on Tuesday morning. In the 4-Test series, Ajinkya Rahane will now take charge of captaincy in the remaining 3 Tests. According to the news sources, Virat had a meeting with the team before leaving. He asked the players to forget the previous match and focus on the upcoming matches and trust themselves.

Australia’s Middle Order batsman Steve Smith supported Kohli’s move to paternity leave. Smith said, ‘I can understand what mental state they must be going through. We want him to be with his wife and family members when the first child is born. However, we will miss him in the remaining matches. Kohli scored a total of 83 runs in the first Test.

Rohit Sharma will join the team in the third match

Rohit Sharma will join the team after the second match. Rohit is currently quarantined in Sydney. On the other hand, the Board of Control for Cricket in India (BCCI) has also clarified that Rohit will complete the quarantine in Sydney. The team management is in touch with them. They are in a bio-secure environment and are safe. New cases of corona have been reported in Sydney.

All-rounder Ravindra Jadeja can be included in the team for the Boxing Day Test starting on 26 December between India and Australia. In such a situation, Hanuma Vihari, the batsman of the middle order, will be excluded. The decision to include Jadeja in the team will be taken based on his fitness.

Jadeja was out from T20 series and first Test

The team management is currently focused on Jadeja’s fitness. Jadeja had complained of concussion in the first T20 against Australia. He was then eliminated from the T20 series and first Test. He also had a problem with ham-string.

Jadeja bowled in the nets during the first Test. Quoting sources, the agency said that Jadeja is recovering slowly. However, it cannot be said at the moment whether or not he will be 100% fit before the second Test in Melbourne.

According to sources, if Jadeja is fit, Vihari may have to leave his place. This is because Jadeja can also bowl for long spells. They can also bat well. This will allow the Indian team to enter the Melbourne Test with a combination of five bowlers.

Jadeja has an upper hand due to all-round option

At the same time, Vihari has scored 576 runs in 10 Tests at an average of over 33. This includes a century (against West Indies) and 4 Fifty. Fast bowler Mohammed Shami has already been ruled out of the Test series due to a wrist fracture. In such a situation, Team India would like to get into the match with 5 specialist bowlers.

Pant and Rahul can also be included in the team

Let us know that after the embarrassing defeat to Australia in the first Test played in Adelaide, Team India is going to make many changes in the playing eleven of the second Test. According to the news agency, Rishabh Pant is set to be replaced in place of wicketkeeper Wriddhiman Saha. Shubman Gill will get a chance to replace opener Prithvi Shaw. Mohammed Siraj may come in the team in place of Mohammed Shami. Lokesh Rahul will replace Virat Kohli in the team.