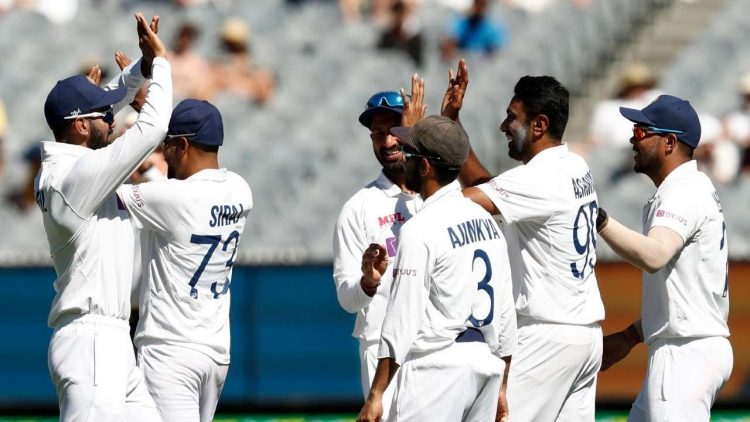 India has strengthened its grip in the second match of the 4 Test series against Australia. Australia could only manage 133 runs after losing 6 wickets in the second innings on the third day of the Boxing-Day Test being played in Melbourne. Took the lead of just 2 runs against Team India.

As of now, Cameron Green (17) and Pat Cummins (15) are unbeaten. Ravindra Jadeja has been the hero of the match till now. He put a fifty in the first innings. After this, Australia also took 2 wickets in the second innings.

Australia won the toss in the match and scored 195 runs batting first. In response, Team India took a lead of 131 runs, scoring 326 runs in the first innings. Now the Indian team will try to win the match early on the fourth day by bowling out Australia on a low score.

On the third day, both the teams could not make a total of 200 runs. First Team India started playing ahead by 277 runs for 5 wickets. After this, the team could score only 49 runs after losing the last 5 wickets. After this, Australia team could also score only 133 runs after losing 6 wickets. In this way, by the end of the third day, a total of 11 wickets fell from both the teams and only 182 runs could be scored.

The hosts Australia had a poor start in the second innings. In the fourth over of the innings, Joe Burns returned to the pavilion for 4 runs. After this, Matthew Wade and Marnus Labushen tried to handle the innings with a partnership of 38 runs.

This was also the biggest partnership for the team on the third day. After this, the middle order collapsed completely due to the continuously falling wicket. Australia lost 6 wickets within 100 runs. Apart from Jadeja for India, Jaspreet Bumrah, Umesh Yadav, Mohammad Siraj and Ravichandran Ashwin got 1-1 wickets.

The fourth ball of the 35th over of the second innings was struck by Matthew Wade. This was done by Bouncer Bumrah. The ball was so fast that the helmet was damaged. For this reason Matthew Wade had to change this immediately. The good thing is that Wade suffered no injuries.

Steve Smith flopped for the second consecutive inning. He scored 8 runs. He was bowled clean by Jaspreet Bumrah. He could not even open the account in the first innings. This is his second lowest score in a match in a Test career. Earlier, he scored 3 (2 and 1) against England in the 2013 Lord’s Test.

Rahane and Ashwin leave Laxman-Kumble behind

The pair of bowler Ashwin and Fielder Rahane have sent 27 players to the pavilion so far in the Test. In this case, he left behind the Indian pair of VVS Laxman and Anil Kumble. The former pair dismissed 26 players. The Ashwin-Rahane duo made this record by dismissing Labushen in this match. The pair ranks third among Indians in terms of most wickets. So far, the pair of bowler Kumble and fielder Rahul Dravid dismissed the highest number of 55 players.

Indian fast bowler Umesh Yadav was injured in the 8th over of Australia’s second innings and went out of the ground. He complained of leg pain. Umesh could bowl only 3.3 overs and took a wicket. His over was completed by Mohammad Siraj.

Team India also took the lead in the first innings of the first Test of the series. In this context, India equaled a record of 35 years old. In 1985–86, India took the lead in two consecutive Tests against Australia. India scored 520 runs in response to the 381 runs scored by the first Adelaide Test Australia. Whereas in the second Test of the same series played in Melbourne, Team India scored 445 runs in response to Australia’s score of 262. Although both matches were drawn.

On the third day, Team India started playing ahead by 277 runs for 5 wickets. Rahane and Jadeja completed the century partnership, but Rahane was runout due to taking a run. This was the turning point of the innings. The team could not manage from here. Team India had 5 wickets for 293 runs on the third day. After this, the team lost 5 wickets in scoring 32 runs.

In the first innings, Indian captain Ajinkya Rahane scored the highest 112 off 223 balls and all-rounder Ravindra Jadeja scored 57 runs off 159 balls. Shubhman Gill missed the Fifty in the debut match, scoring 45 runs. Mitchell Starc took the most 3 wickets for Australia. Pat Cummins and Nathan Lyon had 2–2 successes apart from them.