India vs Bangladesh, Tests: Players Who Could Have Maximum Influence

Looking at the ICC World Test Championship 2019-21 so far, it will not be an ideal time for Bangladesh to face India. The hosts lead the Test Championship charts after having a 100% record and winning two successive Test series.

When it comes to Tests, Team India has stamped its authority as the number one side.
However, the two-match Test series between the teams is set to start Thursday, November 14.
The first match is set to be held in Indore and then the two sides will go on to play their maiden Day-Night Test at the Eden Gardens. There is plenty to look forward to in this series.
Several players will also be on the hunt for continuing to raise their bar. India has been on a ride and looks settled as a unit. They have played to their strengths and put an emphasis on doing well. The results over time have been on the positive side.
Meanwhile, 2019 hasn’t been kind Bangladesh. The Tigers have lost each of the three games they’ve played – including one against Test infants Afghanistan at home.
Moreover, there have been a lot of issues surrounding the team.
A serious face-off between the players and the board followed by a year’s suspension for skipper Shakib Al Hasan has jolted them further. Bangladesh will need to put the disappointments behind them and eye a fresh start.
Their support staff Russell Domingo, Daniel Vettori and Neil McKenzie provide the team with a wealth of experience. Bangladesh will hope to seize key moments across the two Tests in order to have any chance to stop India.
It is a monumental task for them. In this article, we look at the key players who could have maximum influence in the two-match Test series.

Rohit Sharma will want to continue his ecstatic run-scoring form

32-year-old senior cricketer Rohit Sharma started a new chapter in his Test career as an opener in the three-match series against South Africa back in October.

India went on to pummel the Proteas 3-0 and in the course of victory, they found a new solution to the opening woes in Tests.

Rohit excelled and went on to amass the most runs in the series (529) that included three centuries.

Prior to that series, he had a start-stop Test career and in all the 27 Tests, he featured in the middle order.

The talented right-handed batsman will look to continue in a similar fashion as he did against SA.

The two have found an understanding and there is that zeal in their outlook. 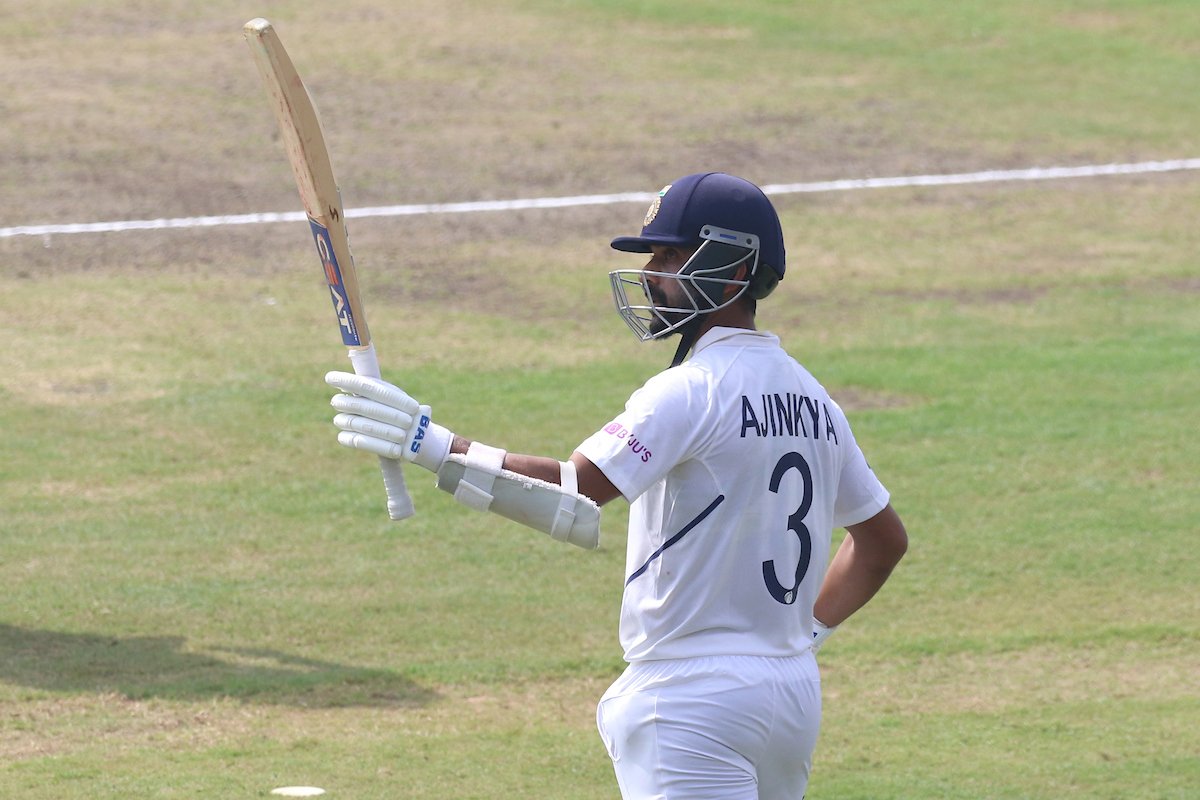 Team India’s vice-captain Ajinkya Rahane seems to have battled past poor form of late.
After some not too convincing knocks back in 2017-18, the senior ace has seemed to have found his substance and hunger.
Rahane’s presence in the side is immense and he could unsettle the Bangladeshis.

The senior cricketer has amassed 505 runs in six Tests this year at an average of 72.14. He has notched two hundreds and three fifties.

The middle-order batsman provides stability in the middle order and is a carrier of key partnerships. He showed that in the West Indies and then against South Africa at home.

The classy batsman has done well and rotated the strike at will and this will be his key offerings in the upcoming Tests against the Tigers.

Ashwin and Umesh are the trump cards in bowling 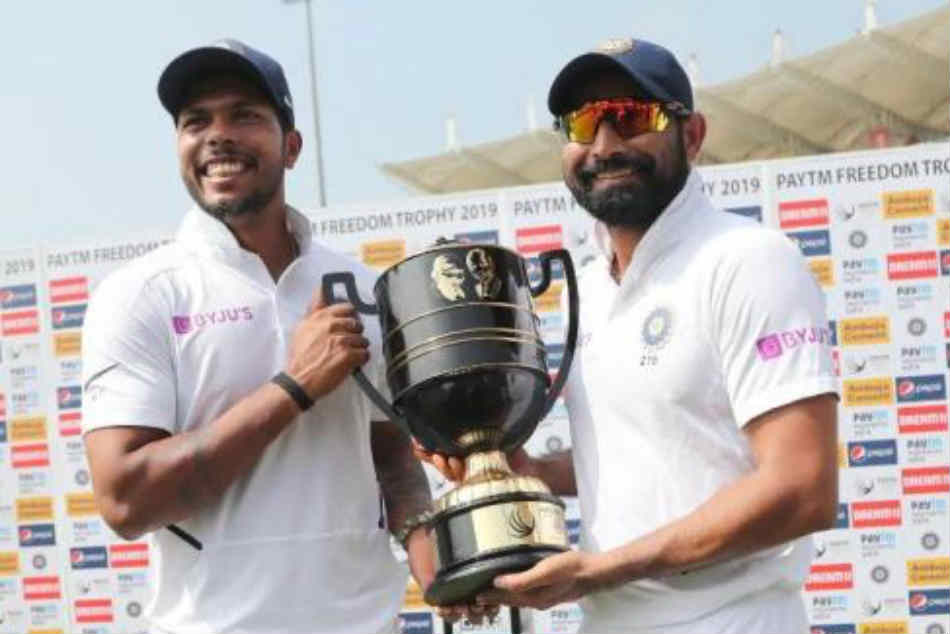 India’s leading spinner R Ashwin has been a revelation at home and he is a trump card for Virat Kohli & Co. with 249 Test wickets at home, Ashwin is quite the real deal in Tests.

He has also claimed 357 wickets overall to show his mettle in the longest format.

The senior off-spinner claimed 15 wickets in the series against South Africa at 25.26. And no wonder, he is India’s best bet against Bangladesh.

He has the experience of playing 68 Tests and will once again look to determine himself.

He knows his work on home soil, in particular.

He generates pace and bounce and could set the tone in Indore and Eden Gardens respectively.

Umesh seems to be an ideal choice against Bangladesh.

Mushfiqur and Mehidy the star assets in Tests for Bangladesh 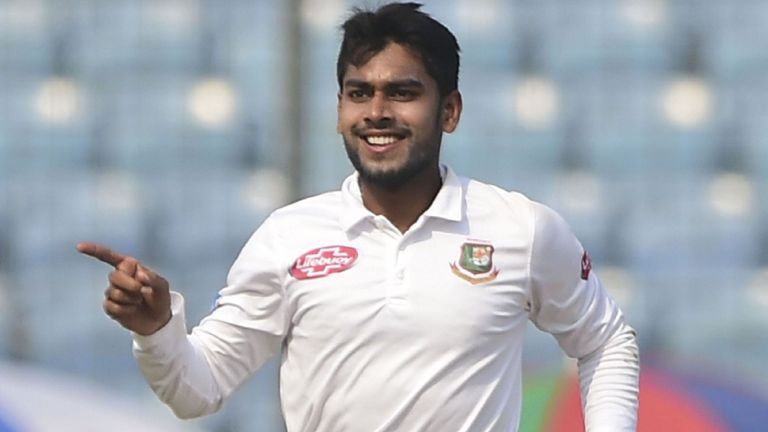 Mushfiqur Rahim will be available for the Tigers mainly as a specialist batsman in this series.
He has given up on keeping duties in the longest format to prolong his career.
The senior cricketer has been a bright ambassador for the Asian side for a while now.
The veteran will need to steer the team against an in-form Indian attack.
In 67 Tests, he has amassed 4,029 runs at 34.44. He has registered six hundred and nineteen fifties.
Rahim will need to guide the others in playing against India and offer technical help as much as possible.
This is a big moment for the senior player.
Spin-bowling all-rounder Mehidy Hasan is Bangladesh’s main spin option.
He has impressed largely with 89 wickets in 20 Tests so far in his career.
The youngster can also offer some resistance with the bat. He needs to play his natural game and attack the Indians. Also, anything loose can get him into trouble.
The idea will be to learn all the trades from bowling coach Daniel Vettori and have a crack.
He is a quick learner and knows the conditions well.

Previous articleWest Indies Score A Clean Sweep Against Afghanistan. 5 Talking Points From Third ODI
Next articleAfghanistan vs West Indies T20I – Players to watch out for


Check out SevenJackpots and find your new favorite online casino among the <a href="https://www.sevenjackpots.com/casino/" target="_b