India vs West Indies T20I Series: A Look At The Major Records Scripted

Finally between India vs West Indies T20I Series, the Indian cricket team defeated West Indies 2-1 in the three-match T20I series.
It was a hard-fought contest between the two teams and the Men in Blue managed to get past the line in the series decider to seal the proceedings.
The T20Is are of significant interest given the ICC World T20 2020 is not far away.
India had their moments and there were many positives to count upon.
The batting, in particular, received a huge boost in the form of Virat Kohli, Rohit Sharma and KL Rahul coming strong.
All three batsmen scripted several records to continue with their sublime journey in the T20Is.
For West Indies, the team under Kieron Pollard showed enough character. One should remember that the Windies are a work in progress.
However, if they maintain this level in the T20Is, then it promises to be a strong affair in the build-up to the ICC T20 World Cup. Several WI players also got their names etched in the record books.
In the first T20I, India chased down a target of 208 to win the match by six wickets. Virat Kohli (94*) stole the show.
In the second match, Windies responded by chasing 171 and claiming the encounter by eight wickets. India scripted a host of records in the third T20I at the Wankhede Stadium.
Their 240-run show was too hot to handle for the visitors.
This was India’s third T20I series win in 2019.
India also completed the double over West Indies after beating them 3-0 earlier in the T20Is in August 2019.
Here we look at the major records scripted in the T20I series. 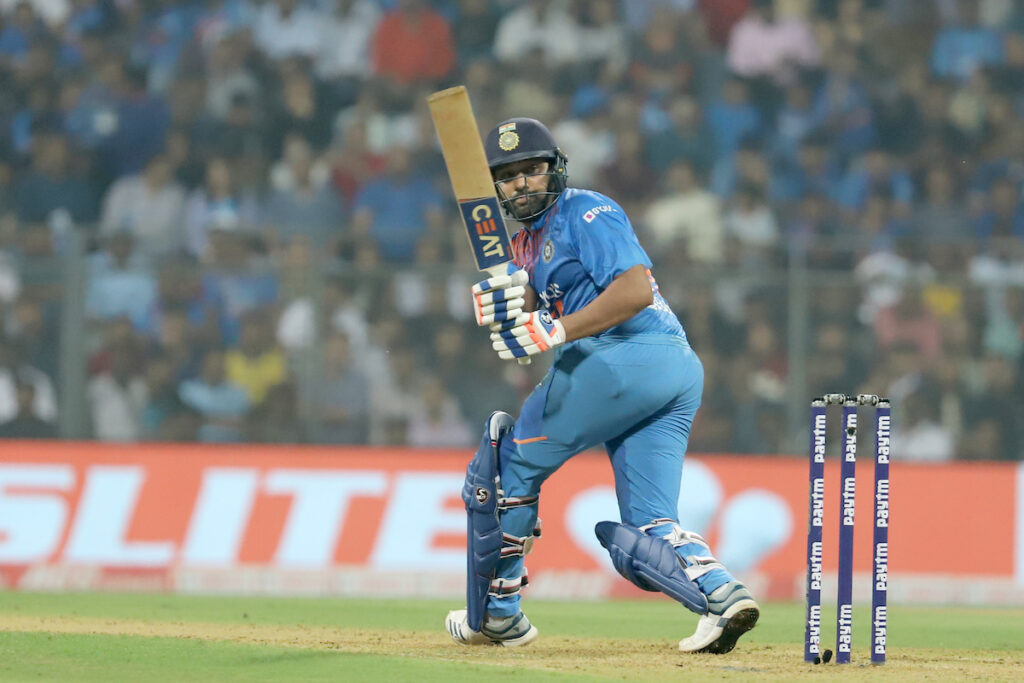 Two of the greatest cricketers in T20Is – Virat Kohli and Rohit Sharma were once again superb as they are neck-to-neck in terms of career T20I runs. Both the batsmen have 2,633 runs in the format and are continuing to rule the roost in the 20-over game.
In terms of career T20I fifty-plus scores, Kohli has 24 to his name and Rohit has 23. In the third T20I at the Wankhede, Rohit (71) smashed his 19th career fifty in T20Is.
Meanwhile, Kohli notched his 24th career T20I fifty. After a splendid 94* in Hyderabad, the Indian skipper notched an unbeaten 70* in the third encounter.
While getting to 71, Rohit slammed five sixes on Wednesday and has registered 400-plus international sixes across formats. The senior cricketer has smashed 404 sixes in his international career so far (232 in ODIs, 52 in Tests, 120 in T20Is).
The Hitman became the first Indian to achieve this mark. Only,Â Shahid Afridi (476) and Chris Gayle (534) are the others who have hit 400-plus sixes in international cricket.
Meanwhile, Kohli, who has the most fours in T20Is, is three short of the 250 mark in the format (247).
He also smashed his fastest fifty in T20Is (21 balls) in the third match.
Interestingly, both these stalwarts went past 500 runs against West Indies in T20Is (519 and 501). They have four and five fifties against WI respectively.
On Wednesday, Kohli became the fourth batsman in world cricket to surpass 1,000 T20I runs in a country.
Martin Guptill in New Zealand, Mohammad Shahzad in UAE and Colin Munro in New Zealand are the other three other batsmen in this list.

T20Is: KL Rahul etches his name in the history books 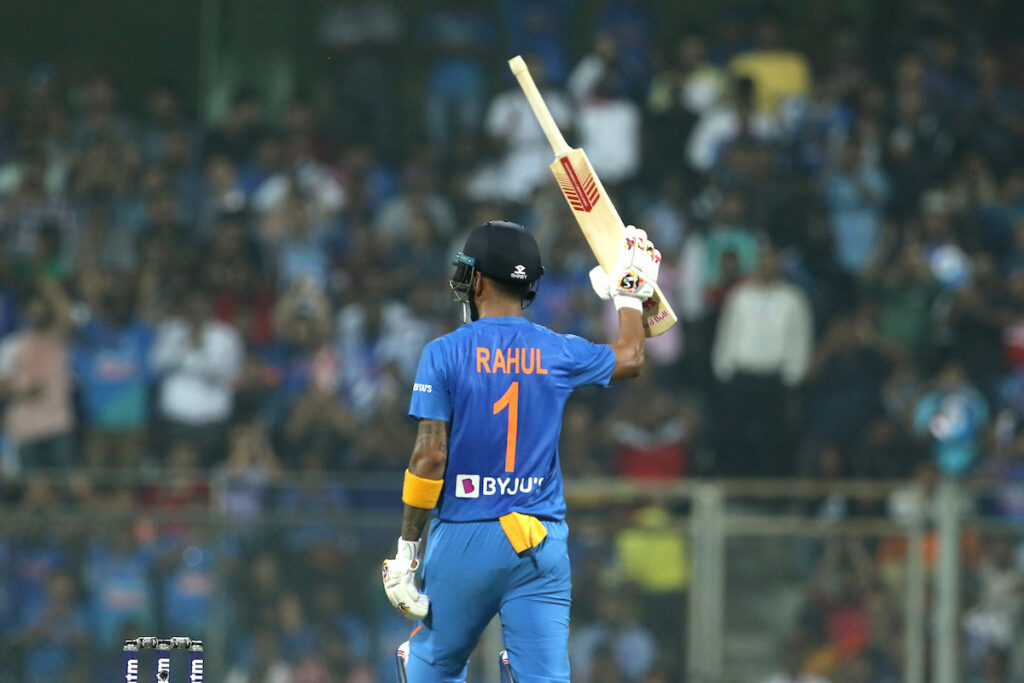 This series was important for opening batsman KL Rahul and the Karnataka player came out with flying colours. He now deserves to be a regular for India in T20Is.
After a 62-run knock in the opening match, Rahul plundered 91 in the third encounter. The stylish T20 stalwart hit his eighth career T20I fifty.Â Notably, Rahul now has 50 sixes and 102 fours in the format.
Earlier during the first T20I, he also surpassed the 1,000-run mark in T20Is for Team India. In doing so, heÂ became the seventh Indian to surpass 1,000 career T20I runs.
The right-handed batsman also surpassed former South African captain Graeme Smith (982) in terms of career T20I runs.
Rahul took 29 innings to reach the 1,000-run mark. He equaled Australia batsman Aaron Finch’s tally. Rahul was also part of two match-winning 100-run stands in the series.
His 100-run stand with Kohli in the first encounter is the third-highest stand for the second wicket between the two sides.
His 135-run stand with Rohit in the third match is now the sixth-highest stand for Team India in T20Is and the fifth-highest for the first wicket as well.
The opener also became the third Indian batsman to surpass 350 runs against WI in T20Is. This was also second fifty against WI.

India and West Indies script these records in T20Is 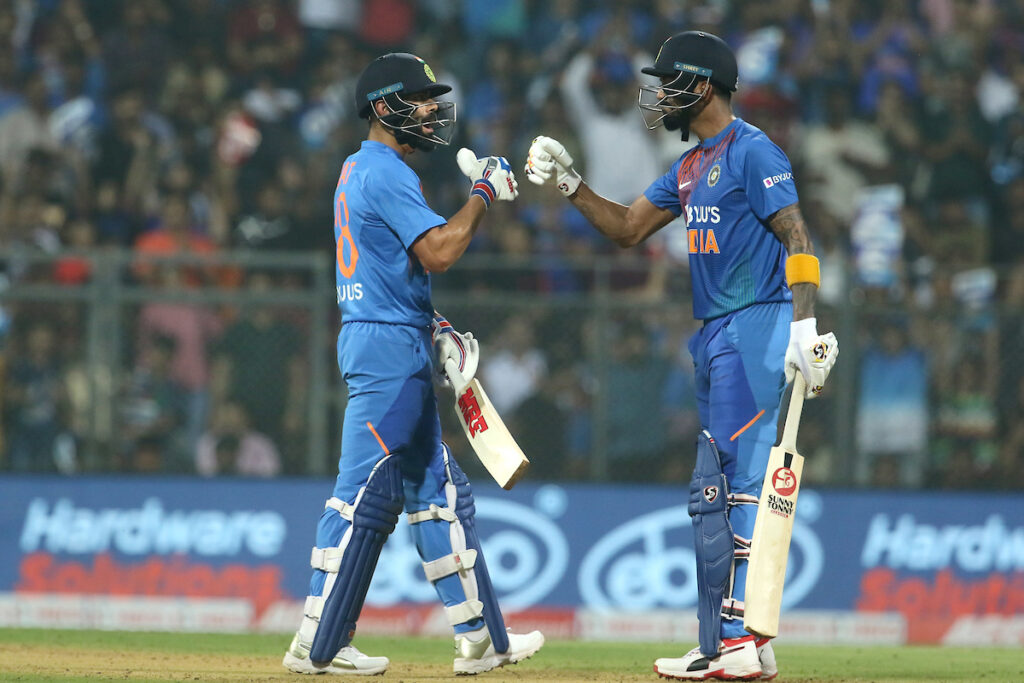 The visitors also registered the second-highest T20I total on Indian soil by an opposition team against the Men in Blue.

Their tally of 15 sixes in the match is now the third-most against India.

In the third encounter, India recorded their third-highest score in T20Is.
The total of 240/3 is India’s second-best score in the 20-over format against West Indies. It is also their second-best team total on home conditions. This is also the highest T20I total at the Wankhede Stadium.

In the third match, India became the first team where three batsmen of the same team scored 70-plus runs in a T20I innings.

You must also read:-