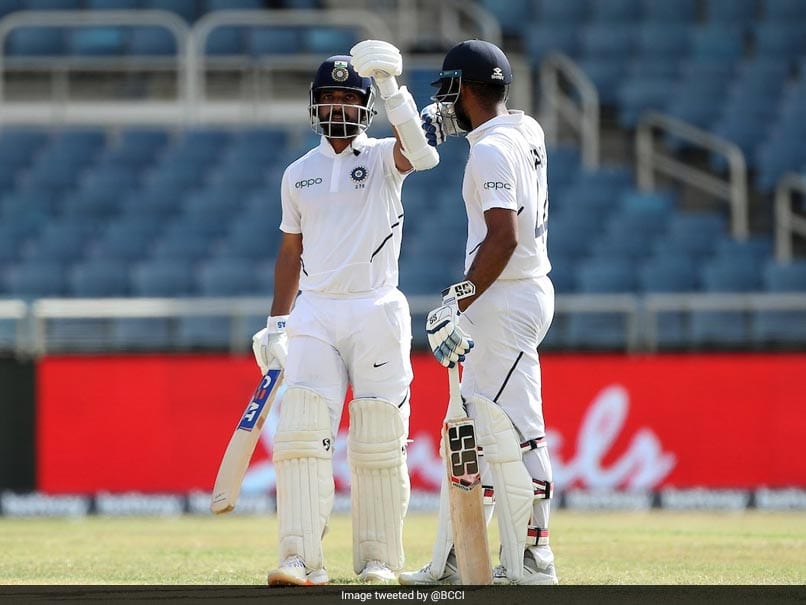 A record for Shami

Jahmar Hamilton and Rahkeem Cornwall began India West Indies 2nd Test Day 3 for West Indies with determination. The expectation was high from Indian bowlers initially. They were expected to wrap up the Windies innings at the soonest. They did not disappoint much and it took slightly more than an hour for India to finish the West Indies first innings for 117 runs. Mohammed Shami took the wicket of Cornwall (14) and became the third-fastest Indian pacer to reach 150 Test wickets after Kapil Dev and Javagal Srinath took. Roach joined Hamilton and looked set with 17 but became the last man to go off Ravindra Jadeja’s bowling after Jahmar Hamilton was sent back by Ishant Sharma.

An unusual record for Kohli

Virat Kohli, most probably with the intention to give some rest to his bowlers decided to bat again despite having a huge lead of 299 runs. The heat and humid could have been a bit challenging but the Indian skipper took a sane decision to protect his precious weapons. Most importantly, strategically it looked perfect as chasing down more than 350 runs in front of Indian bowling unit is not an easy task even with around two full days in hand.

But Kemar Roach was again on the money. He went on to pick up Mayank Agarwal before the lunch break. Then he dismissed KL Rahul after an indecisive six from 63 balls. India West Indies 2nd Test Day 3 was an unusual day in cricket, Virat Kohli on the very next ball fell for a rare duck. Interestingly this was the only fourth Test duck scored the Indian captain.  Ajinkya Rahane played the hat-trick delivery tentatively and was lucky that inner edge missed the leg stump by a whisker and went to the boundary. Roach missed the hat-trick opportunity.

Twenty more runs to the board and even Cheteshwar Pujara was gone in that same session. 57/4 made the scenario tricky for Indians when Rahane and Hanuma Vihari once again rose to the occasion. They took control and added 111 runs for the 5th wicket. Out of 111, 95 came to post the tea with a run rate above five. Both of them reached their individual fifties before Kohli declared at 168/4. Rahane scored 64* and Vihari made a smooth 53*. Hanuma Vihari became only the 5th Indian to score a century and a fifty in the same Test match. The last of the previous four were Sachin Tendulkar against England during the 1990 Manchester Test. This gave West Indies a target of 468 runs to chase down in their second innings to win the match.

In response, West Indies could bat for only 13 overs and by the end of the day looked in trouble with 45/2. Ishant and Shami already got rid of the two openers and Jasprit Bumrah looked deadly as he hit Darren Bravo on the head with a bouncer in the last over of the day. For Indians, it is just a matter of time to scalp the remaining eight wickets whereas West Indians have a tough task ahead to survive in front of the Indian bowlers.