India vs West Indies, T20Is: Records to be Scripted and Comebacks 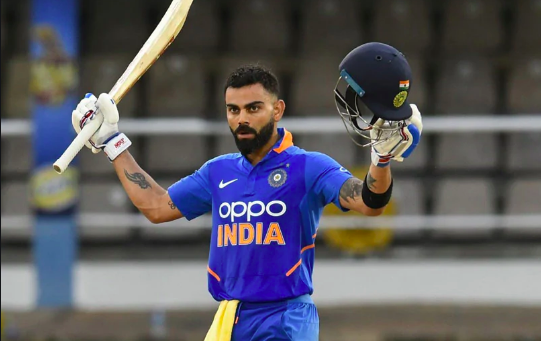 And now India has another chance to sharpen its resources against a depleted West Indian outfit. The Windies lost against Afghanistan 2-1 in Lucknow recently. Therefore, they have many questions that need proper answers in the series.

With eyes on the ICC World T20 next year, both India and West Indies will want to use each game from hereon as an opportunity to figure out the best possible playing XI. However, the conditions will be in stark contrast to what will be on offer in Australia. But what it will do is that it gives an idea of what some of the youngsters have to offer.

On the other hand, the visitors will aim to put together a strong performance against a full-strength India squad.  Windies have lost six successive T20Is against the Men in Blue. Windies will hope a quick change of their fortunes after a string of poor performances.

Records to be scripted and Comebacks

For India, seasoned stars Bhuvneshwar Kumar and Mohammed Shami are back. Kuldeep Yadav has also found a berth after being ignored recently. Sanju Samson fits in as well in place of the injured Shikhar Dhawan. The batting, in particular, looks strong and there is plenty on offer.

It will be a tough ask for the West Indies, who need to be at their sublime best in the series to cause an upset. Here we look at players who can script some special records and comebacks.

Virat Kohli and Rohit Sharma will be battling for records 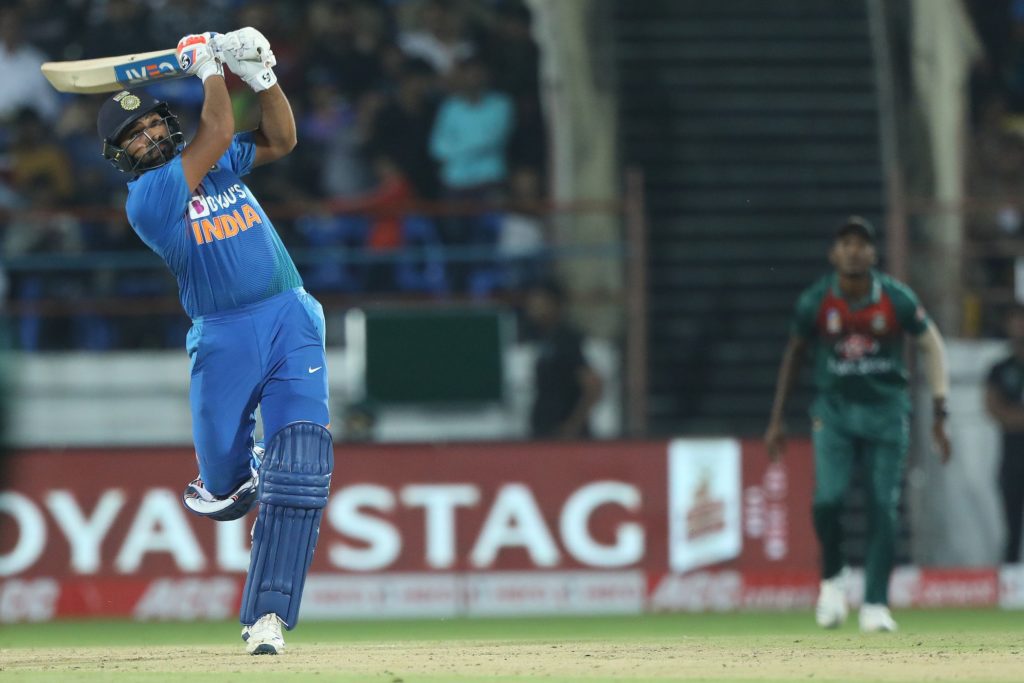 Team India has the added benefit of playing with two of the most prolific run-scorers in T20Is. India vs West Indies T20 three-match series could see prolific run-scorers in the form of Rohit Sharma and Virat Kohli vying for the records. Indian captain Kohli, who was rested for the Bangladesh series, has 2,450 runs. He needs 50 more to become the second Indian batsman to amass 2,500 runs in the format after Rohit.

Meanwhile, Rohit leads the show with 2,539 career T20I runs. One expects the two to handle the scoring upfront for the Men in Blue. Rohit also needs one six to become only the third batsman to register 400-plus maximums in international cricket across formats. He is only behind Chris Gayle and Shahid Afridi.

Both also have 22 fifty-plus scores in T20Is and the focus will be to better the tally and lead the show. Rohit can also get past 500 career T20I runs against West Indies.

In terms of catches, both players have taken 36 catches. They could close down on Suresh Raina (42), who leads the chart for Team India.

Bowlers who can deliver some feats for Team India 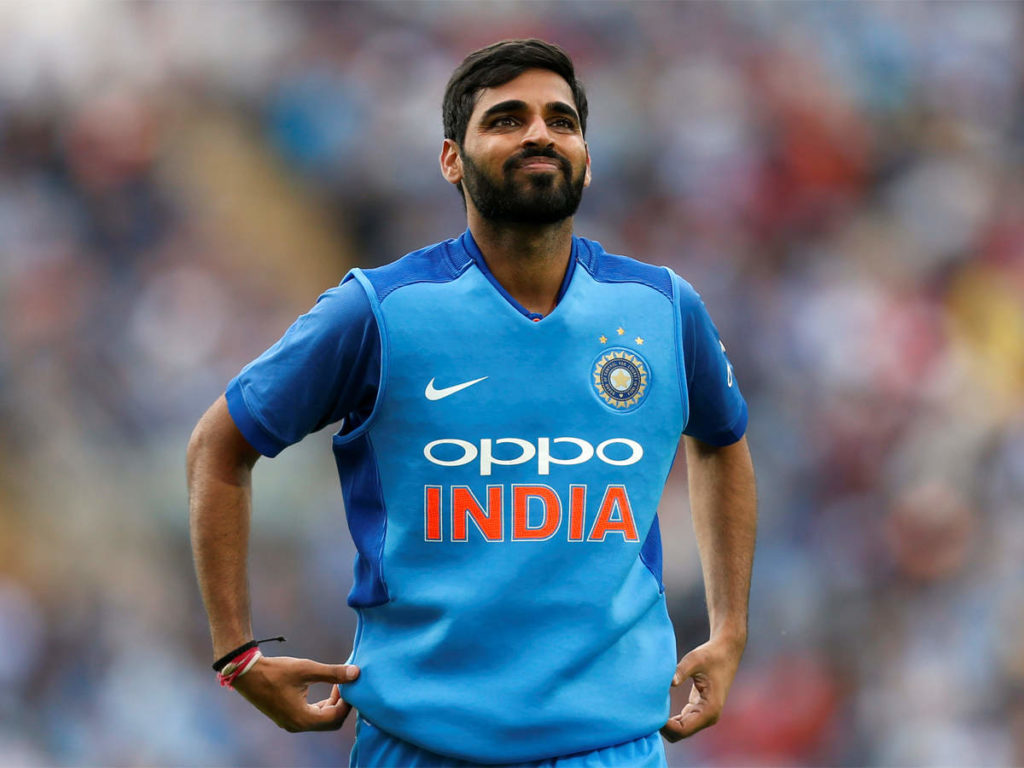 India vs West Indies T20 will be the return of Mohammed Shami and Bhuvneshwar Kumar in white-ball cricket. India recalled wrist-spinner Kuldeep, who last played a T20I for India against New Zealand in February 2019. Poor form in the format had made him sit out of India’s next set of assignments. The left-arm spinner has plenty to prove after seeing the likes of Krunal Pandya and Rahul Chahar get dropped from the side.

He needs to make the most out of it and work well with fellow wrist-spinner Yuzvendra Chahal, who recently reached 50 wickets in the format. Chahal needs three wickets to surpass R Ashwin in terms of most career T20I scalps. He also needs two to overcome Jasprit Bumrah (51).

Meanwhile, senior pacer Bhuvneshwar Kumar has been battling with injuries of late. Bhuvi will want to lead the attack in a format that makes him thrive. The senior pacer will be a crucial asset at the death and will get support from Deepak Chahar, who has been excellent of late. Both can thrive well as a partnership in pace-bowling.

At India vs West Indies T20 contest India will count on Bhuvi to deliver the goods. His offerings in tight situations will be a positive factor. He is currently on 39 scalps and can enter the club of 40 and become the second Indian pacer to do so.

India will be wary of West Indies’ Pollard and Hetmyer

If Windies are to put up a challenge, skipper Kieron Pollard will be an immense character to lend the voice. He knows the situations to thrive in this format and understands the conditions well. Coming in that middle order will suit his play and attack the Indian bowling. He is known for getting those maximums into the stands.

Pollard was recently seen in the Abu Dhabi T10 League and he showed his prowess in his side’s opening match against the Tuskers with a breezy 45*. He is highly experienced and Windies will need to rally behind him and put their best foot forward. He is also aiming to get past 1,000 career T20I runs.

Shimron Hetmyer needs to be the voice for WI. The promising youngster has got to show that he is consistent and can play against famed oppositions. He needs 41 runs to register the mark of 200 in T20Is.

The series is also important for him in terms of keeping the Indian Premier League 2020 auction in mind. He was released by Royal Challengers Bangalore after just one season. A few strong outings will make franchises think about Hetmyer once again. Therefore, he needs to accept the challenge and provide the base needed.

[sc_fs_faq sc_id=”fs_faq27e8w8vok” html=”true” headline=”h2″ img=”” question=”How many sixes does Rohit Sharma have against his name in T20?” img_alt=”” css_class=”” ]Rohit Sharma leads the chart with 115 sixes in T20Is. The hitman is only one six away from becoming the only third batsmen in the world to hit 400 sixes. He is only behind Chris Gayle and Shahid Afridi.[/sc_fs_faq]