Indian players and overseas T20 leagues denial – Why BCCI is on a sticky wicket?

The Indian cricket players remain the only breed who have not utilized their skills in overseas T20 leagues unlike the majority of other international players. 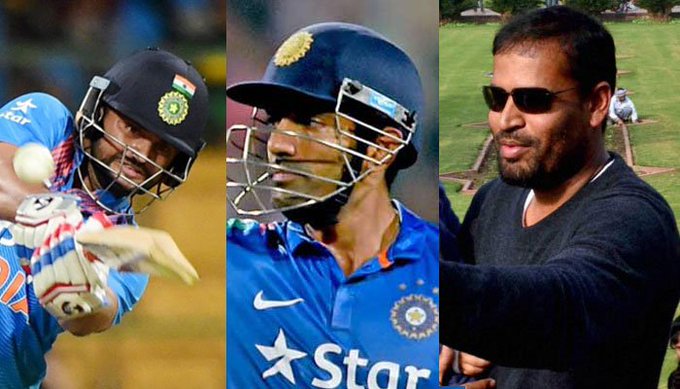 No Indian players have been allowed to play in overseas Twenty20 leagues, playing only the IPL. (Credits: Twitter)

“Please let us go, honest to god.” “It’s about respect, it’s a fight for respect.” These comments by Robin Uthappa and Suresh Raina are a call for help. Is it about a return to the Indian cricket team? No. It is a cry for help.

It is a cry for them to be part of an international trend that has been in place for the last 12 years. They have been pleading to the richest cricket board in the world. The Indian cricket players have been exempt from this international practice for over a decade.

The urge to exhibit their talents in overseas T20 leagues other than the IPL has been denied for the last 12 years. All due to the dictatorial policy of the BCCI under the clause of ‘exclusivity’.

Ever since the onset of the Indian Premier League in 2008, players from India have plied their trade only for one franchise.

The procedure is simple – Get a NOC (No Objection Certificate) from their home boards and then they can be picked in any of the franchises mentioned in the respective leagues.

“From the point of view of the board and the interests of Indian cricket, the intent is to ensure a system where the non-contracted players are able to command good value at the IPL auction. Exclusivity is the key,” said one BCCI official. This farcical statement, in the backdrop of players like Harbhajan Singh, Irfan Pathan, Yusuf Pathan all having their NOCs revoked only makes the BCCI foolish.

For all the talk of big money and producing talent, the Indian cricket team has been mediocre in World T20s ever since 2007.

On the other hand, the West Indies team, who have won the World T20 twice, have benefited from majority of the players plying their trade in overseas T20 leagues.

Different conditions, different pressure situations and different ways to hone their abilities has what made them a T20 machine. It is simple.

With Indian players restricted to just one league while foreign players get to make the cake and eat it, which just does not put the BCCI in good light.

In many ways, India’s women cricketers are charting a revolution unlike the men. The likes of Harmanpreet Kaur, Smriti Mandhana, Deepti Sharma, Veda Krishnamurthy have all played in the overseas T20 leagues- Women’s Big Bash League in Australia and the Kia Super League Women’s tournament in England.

All these women cricketers have played in overseas T20 leagues and the confidence is palpably visible. India women’s cricket team has witnessed a spike in fortunes, having reached the final in 2020 and in the semis in 2018.

They have been able to defeat top teams like Australia, New Zealand, and England and all this has been due to the exposure in overseas T20 leagues.

In the guise of ‘exclusivity’, how long can BCCI peddle the mediocrity of the Indian team when it comes to major ICC tournaments? Exposure to different conditions can only benefit sides and players in honing their skills.

Not to mention the right to huge monetary benefits which they can get. Also, if an Indian player plays in a foreign league, that league can also grow and T20 cricket can only expand. It is about time the BCCI recognizes the cry of help from players who have every right to earn and grow.