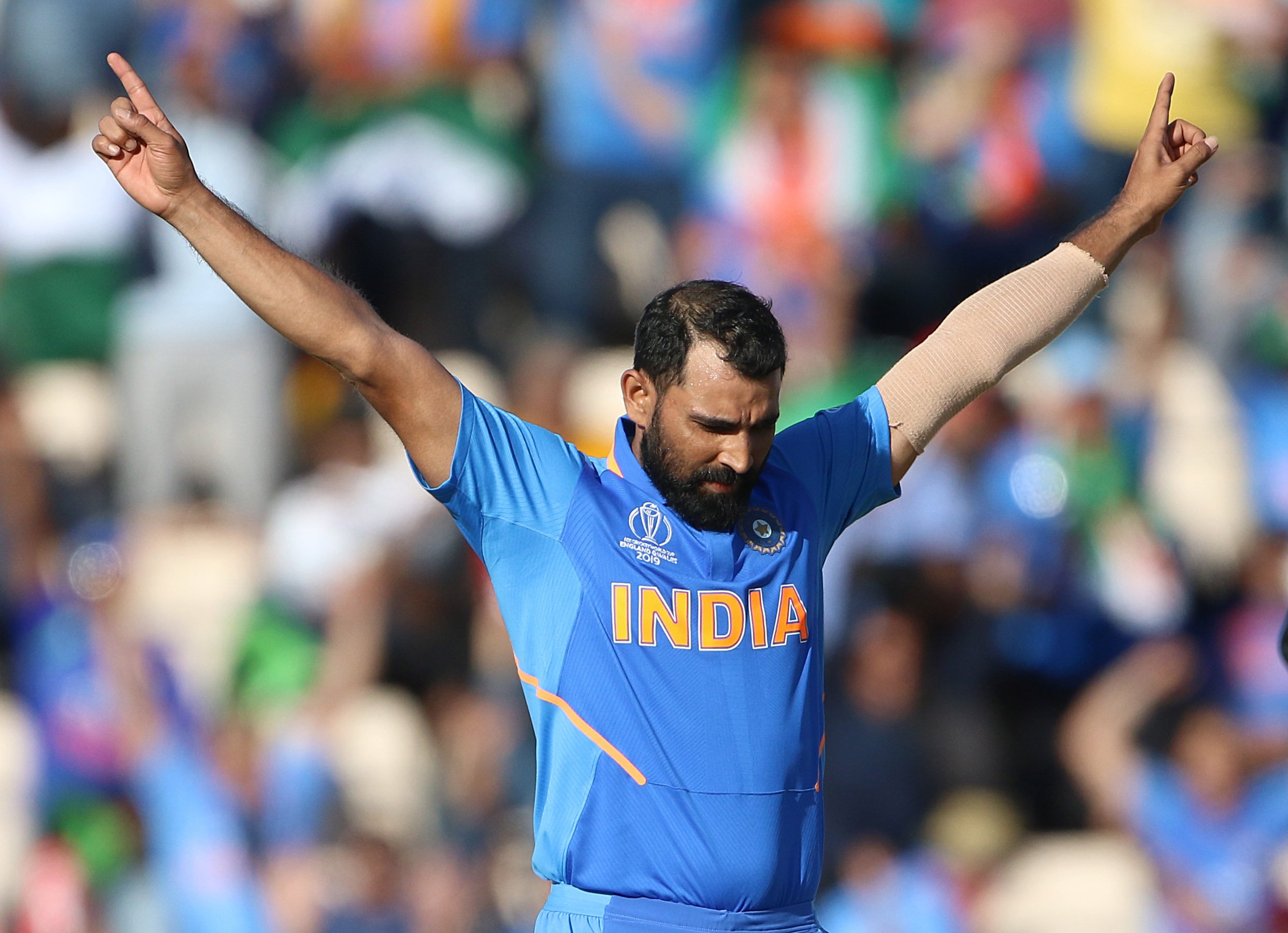 The last seven games of the ICC World Cup 2019 didn’t produce a single affair where runs in excess of 300 were scored across venues. On Saturday, we had a double header, and both matches saw scores well below 250. A total of 35 wickets fell on Saturday itself across two games that saw Pakistan and Australia pulling off victories.

Pace has dominated the show in the ongoing 2019 World Cup. Looking at Saturday’s show, spinners too enjoyed a day out on dry pitches that assisted turn and bounce. A World Cup that was expected to be dominated by a batsmen for most parts of the tournament, has shifted momentum towards bowling.

Two hat-tricks have come, Mitchell Starc with 24 wickets is close to scripting many more records. Afghan spinners have made life difficult for much fancied sides like India and Pakistan. Interesting things are taking place with each passing game. As we head towards the business end of the 2019 World Cup, the show is being dictated by bowling as a whole.

It’s a great sight for fans, neutrals and cricket in general. Nearly every low-scoring affair is proving out to be thrillers. Batsmen aren’t being able to get a free ride. It’s not just slam bang cricket. This is what we wanted.

Earlier, we did have certain matches where a plethora of runs were amassed. It was highly entertaining. But since then the tides have changed. We are having more games that are being dominated by bowlers. Two teams have stood out with the bowling in particular – India and Australia.

In five games, India have accounted for a staggering 45 scalps.

Here we analyse how India’s bowling quartet is leading the show in ICC World Cup 2019.

India’s adaptability needs to be highlighted 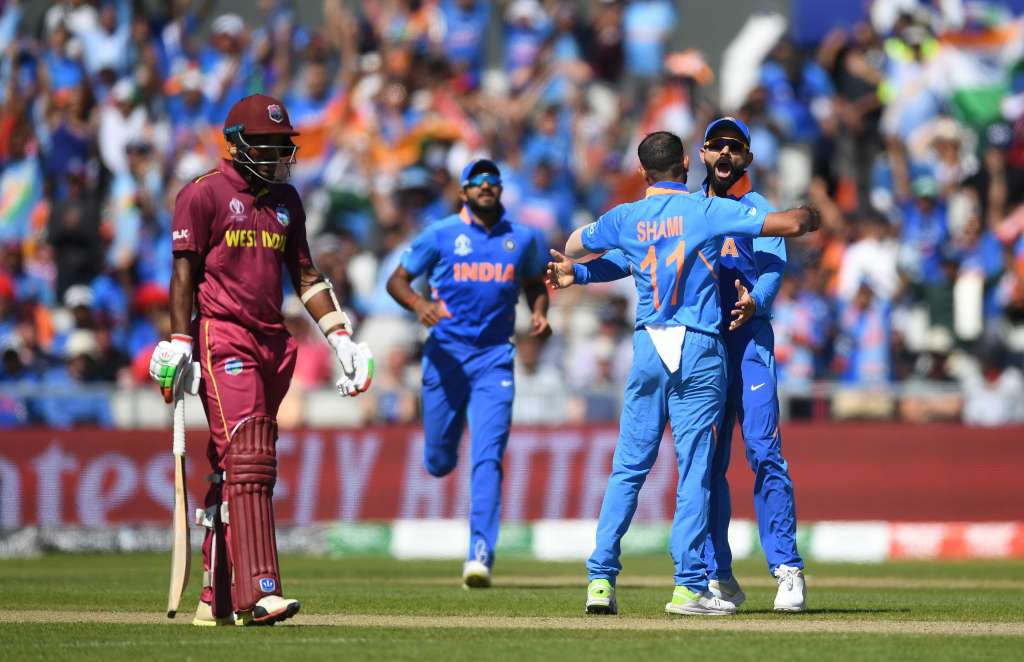 The Indians in particular have been the best unit with a fancied attack in the tourney. Aussies, led by champion Starc, come a tad second. India, who have always been known as a batting side, coming good with the ball suggests their adaptability and the greatness in ranks.

We expected India to come and produce the goods, but the manner in which things are being done, the credit must be given here.

A bowler like Mohammed Shami steaming in and rattling the stumps became a pleasant sight. He chose to bowl fuller and straight against the Afghans in a thrilling contest and was rewarded with a hat-trick. Against West Indies, he never allowed any room to Chris Gayle and then forced him to play a nothing shot.

The in-swinger to Shai Hope was a pacer’s delight. When the tail-enders came in, he greeted them with short balls. Similarly, Jasprit Burmah has been terrific as well and his decision-making with the lengths have been spot on. The spinners have bowled tight and thrived with wicket-taking deliveries.

The ability to tie down batsmen is something they worked upon. 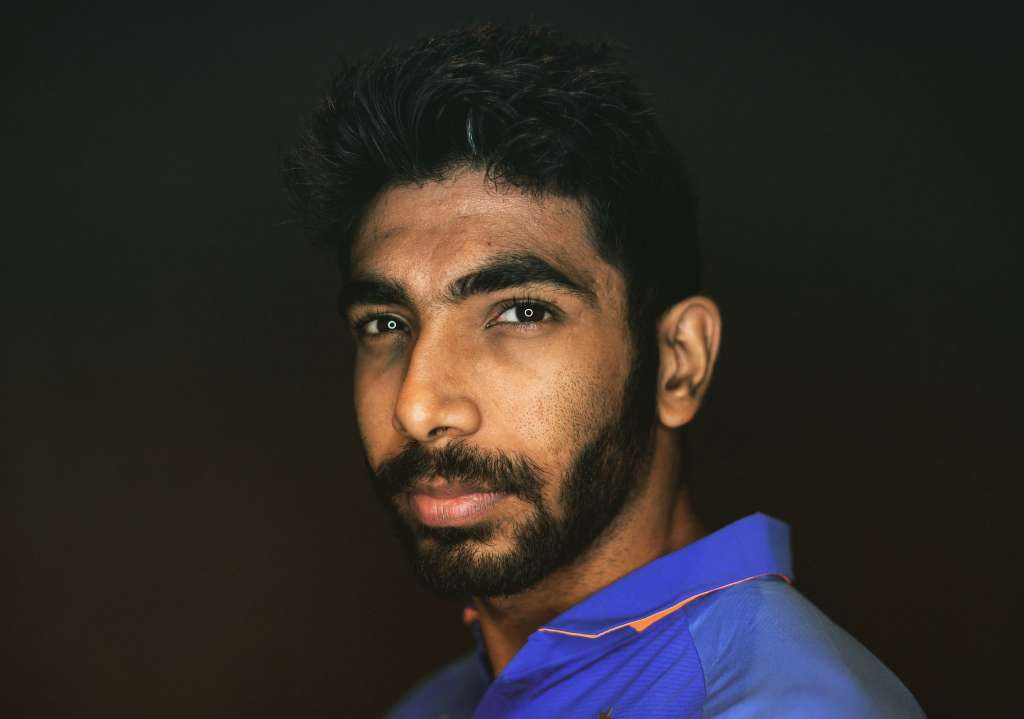 The Indian bowling quartet has been excellent in almost all the games. Besides the match against Australia, the Indian team has reduced teams to less than 300. Also picking up wickets in a flurry, means the workload is shared well. One might not see any Indians among the top five wicket-takers list. But there is more to just that.

Yuzvendra Chahal and Jasprit Bumrah have been consistent and the results have come in. Both have thrived in tilting games in India’s favour with some match-winning spells. Chahal’s efforts against South Africa against a reputed batting unit was the moment that shifted the onus on India.

Hardik Pandya has been a strong support cast as the fifth bowler in the World Cup. His regularity in the wickets column is indeed a big bonus. The biggest gain perhaps is the presence Shami, who replaced an injured Bhuvi in the line-up. In two games, Shami has already picked up eight scalps. Kuldeep Yadav has been tight and is slowly picking up form.

India haven’t been afraid to go in with two spinners in every match. That looks like the theme for them. 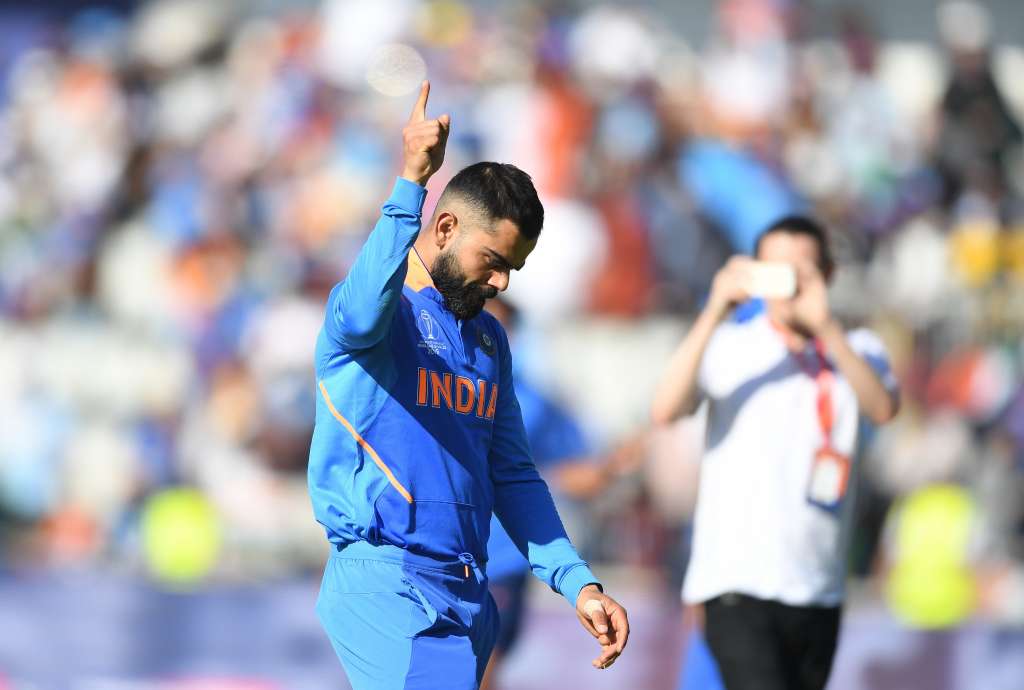 Ahead of the game against England, Kohli was happy with the manner in which the bowling has shaped up for India in the 2019 World Cup. A happy headache regarding Shami and the available Bhuvi will be something the team must be happy with. They also have the option of Ravindra Jadeja as the third main spinner. He hardly sets a foot wrong.

Going by what we have seen in the World Cup, bowling will be the ultimate department that will win a side the tournament. It will come down to restricting teams or defending totals. The semi-finals won’t be easy for any side, with quality bowling likely to be on offer in every aspect. So batsmen with that bit of extra bit to offer will prove to be handy.

The manner in which India have bowled in ODI cricket this year, there is every reason to believe that they have an edge over the others. Shami with 27 ODI wickets, has led the way for India.

The Indian bowling unit has been the strength of this side. There is massive confidence out there. No matter what score is put up, one expects the bowlers to come and defend the same. This is a strong message, Australia have done well and so has New Zealand with the ball, and having a sorted unit gives you that extra bonus.

This World Cup will be determined by bowlers. Team with the most consistent bowling will win the trophy. The onus therefore lies on India and also a Starc inspired Australia.