Human lives take precedence over sport, but when everything gets back to normalcy, the Indian management and Indian cricket will find themselves facing at a number of tricky questions. 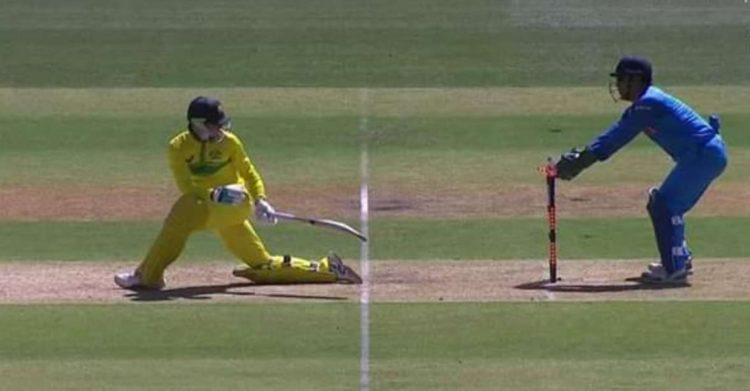 Dhoni, Pant or Rahul? Who Should be India’s Wicket-Keeper For T20 World Cup 2020? It was when the Indian Team, Management and its selectors, and media were discussing these question when the Covid-19 arrived.

Now the world has paused, it is in a state of lockdown, sports have stalled and there is nothing anyone can do about it. The Olympics has been postponed, Wimbledon has been canceled and yes, even the BCCI had to bite the bullet and postpone the Indian Premier League indefinitely.

Human lives have taken precedence over sport, but when everything gets back to normalcy, the Indian management and Indian cricket will find themselves facing at a number of tricky questions.

For starters, the biggest question gaping at them would be: Who Should Be India’s Wicket-Keeper For T20 World Cup 2020 slated to be held in Australia later this year?

Former India captain MS Dhoni had hinged his hopes on the IPL to chart his comeback, but now that has been put to the backburner.

Yes, he still has the experience and temperament and the backing of few of the experts, but without any match-practice and without any game time, will the selectors take this bold call.

Safe to say that Dhoni and his future plans remain locked with how and when the IPL does take place, but for now, he is far behind in the pecking order.

What will also make the proposition a lot trickier is the fact that earlier this year, Dhoni did not find a place for himself in the BCCI’s centrally contracted players list.

What About Rishabh Pant?

And then there is the curious case of Rishabh Pant. He makes all the right noises in the Indian Premier League as a wicket-keeper batsman – on his day, the left-hander looks a million dollars and has won Delhi Capitals a number of matches.

However, he has not been able to make a successful transition to international cricket and this has once again left the management and the selectors scratching their heads.

In IPL, Pant has scored 1736 runs at an average of 36.16 and with a strike rate of 162.69, but when he comes to the Indian side, he has failed to live up to this billing. Yes, his position and role in the side is not guaranteed, but even when he has got his chances, few iffy strokes have led to his downfall.

He lost out to KL Rahul in the T20I series against New Zealand and this could well be a sign of things to come. Rahul took the gloves when Pant was hit on the head during Australia’s tour of India earlier this year and ever since, he has eased into the role seamlessly.

Is KL Rahul The Best Option?

In T20Is what also works for Rahul is that he opens the batting, a role which sits naturally with him and he has been India’s best player in the recent past in the shortest format.

“The apt replacement for Dhoni could be KL Rahul. Ever since he has donned the keeper’s gloves in white-ball cricket, I’ve seen his performance, both batting and keeping. Obviously his keeping is not as good as Dhoni’s, but if you are looking at T20 cricket, Rahul’s a utility player, can keep and bat at No. 3 or 4,” former India opener Gautam Gambhir said in Star Sports’ cricket connected programme.

Speaking to Hindustan Times, India’s fielding coach R Sridhar said Rahul was not a part time wicket-keeper, but a natural who has done this role in the domestic circuit and hence, fits in perfectly with the role.

‘Rahul is not a part-time wicketkeeper. He has kept wicket for Karnataka in U-16, U-19 tournaments. In 2008, I did an NCA camp for the India U-19 boys, and Rahul was part of it. I remember doing a few keeping drills with him because, for me, he was a wicketkeeper even then,’

The task is bound to give headaches to the selection committee under Sunil Joshi, India’s new-look selection board has their task cut out. There is a lot of uncertainty over everything all across the world, but when things eventually bounce back, the decision-making abilities have to be on point.