First win after 7 consecutive defeats on foreign ground, Australia won the series by 2-1 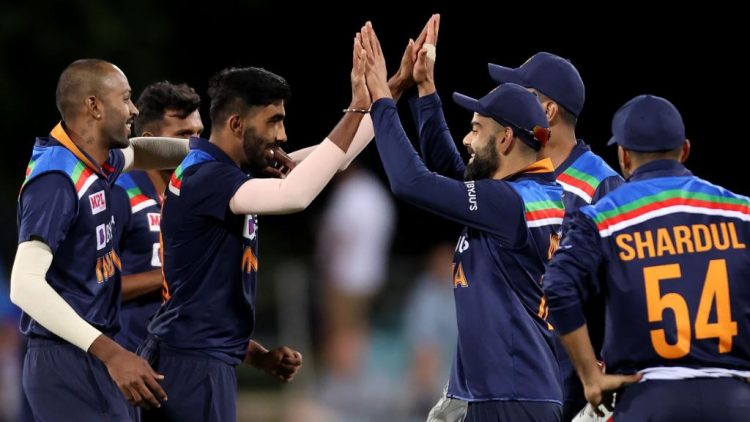 The Indian team defeated Australia by 13 runs in the Canberra ODI. This is the first win after 7 defeats on Team India’s overseas ground. In February this year, New Zealand gave India a clean sweep in their home series of 3 ODIs and 2 Tests. After this, they were also defeated in the first two ODIs of the current series against Australia. With this, Australia defeated India 2–1 in the 3 ODI series.

In Canberra ODI, Team India won the toss and gave a target of 303 runs while batting first. In response, Australia could only score 289 runs. Captain Aaron Finch scored the highest of 75 and Glenn Maxwell scored 59 runs. This is the 29th in Finch’s ODI and the 22nd of Maxwell.

Pandya selected as man of the match

Hardik Pandya was adjudged Man of the Match for his innings of 92 off 76 balls in the match. In the innings he hit a six and 7 fours. At the same time, former Australian captain Steve Smith was voted Man of the Series. He scored 216 runs in 3 ODIs of the series at an average of 72. It also includes 2 centuries.

Australia’s poor start in the last ODI of the series

Australia’s team did not start well. Marnus Labushane, who came to open for the first time in the series, was bowled by T. Natarajan’s ball after scoring 7 runs. This was Natarajan’s first wicket in a debut match. After this, Shardul Thakur took two wickets. He got Steve Smith (7) caught by wicketkeeper Lokesh Rahul and Moises Henriques (22) at the hands of Shikhar Dhawan. Heinrichs partnered 61 runs for the third wicket with Finch.

In the Indian innings, captain Virat Kohli, Hardik Pandya, and Ravindra Jadeja made a fifty. Pandya and Jadeja shared the Indian innings with a 150-run partnership for the sixth wicket. Thanks to this partnership, Team India has scored 302 runs losing 5 wickets. For the team, Pandya scored the highest 92 and Jadeja played an unbeaten inning of 66 runs.

So far 143 ODIs have been played between India and Australia. In this, Team India won 53 matches and lost 80, while 10 matches were inconclusive. The Indian team played 54 ODIs against Australia at its home, of which 14 have been won and 38 have been lost. 2 ODIs remain inconclusive.