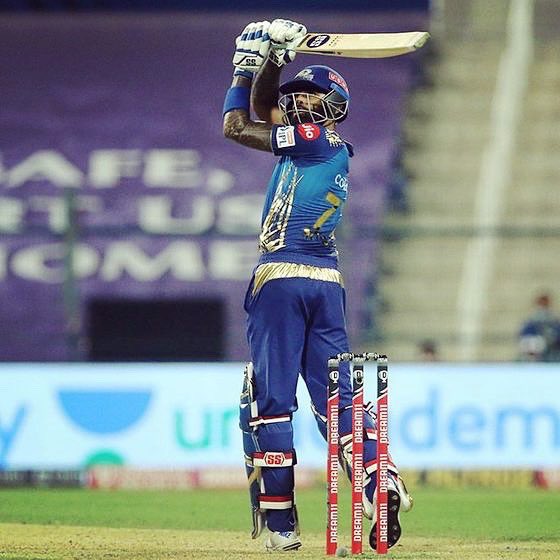 Of the uncapped Indians to have unleashed themselves on the cricket world in Season 13 of the Indian Premier League, two names stand out.

While India’s next limited overs assignment is still some time away, two names that are likely to be discussed when the selectors sit down to pick the squad are of 30-year-old Mumbai batsman Suryakumar Yadav and 27-year-old Haryana all-rounder Rahul Tewatia.

With several seasons of domestic cricket under their belts, Yadav and Tewatia have not only lit up the IPL stage with their skills but have also shown nerves of steel in the face of extreme strife and pressure to take their franchises across the finish line.

A bundle of talent, Suryakumar’s dream of earning an India cap has been dulled somewhat by lack of consistent performances in domestic and IPL cricket over the years.

However, Yadav, at 30, is enjoying his best season for the Mumbai Indians this year. His extended purple patch with the willow, which has seen him lead the batting charts for MI with 243 runs at a strike rate of 151.87, could also put him in contention for a place in the India squad in time for the next Twenty20 World Cup.

Labelled as an impulsive shot-maker who is often a victim of his cavalier approach, the Mumbaikar has brought an element of discipline into his batsmanship without curbing his natural instincts.

The subtle shift in approach has helped him play himself in before launching into rival attacks. He has been the enforcer for the Mumbai franchise through the middle overs this IPL season, going at a strike rate of 144.31 and striking a boundary every five balls. While he has pulled out colossal hits when in need of clearing the ropes, he has also shown a delectable side to his batsmanship with copybook cuts and drives as well as deft improvisations.

A definite change in the way he has gone about his business with the willow this season is the way he has looked to kick on to a fifty or more instead of falling in the thirties or forties.

He has played his role as a middle-order lynchpin to perfection, helping the team recover from early blows and post daunting totals.

Such has been his impact on the tournament this season that former India opener Akash Chopra is counting on him to make the India Twenty20 squad before this year is out.

Speaking on his private YouTube channel, Chopra was effusive in praise of the 30-year-old after he took MI home in a tricky chase against Delhi Capitals, saying, “I’m hugely impressed by the manner in which he is batting, whether you see his shots over the covers or his flicks or cut shots. The icing on the cake with cherry on top was the flick he played of Rabada’s bowling for a six. My jaw dropped after watching that six. I said that he should play for India.”

“I’m saying that before the end of 2020, he will be a part of the India team. This is a voice that’s coming from my heart for this player and hopefully that happens,” the former India opener added for good measure.

More than the other attributes, the pundits have been especially impressed by the manner in which he has kept the strike rotating and the scoreboard ticking over through the middle overs, as well as the way he kept his nerve and paced his innings to steer the MI ship through choppy waters. He is tagged as a finisher in the MI camp because of the sheer number of times he has bailed the team out of tricky situations.

He was one of the bright lights in an otherwise underwhelming domestic season for Mumbai last year, churning out impressive scores in Ranji Trophy, Vijay Hazare Trophy and the Mushtaq Ali (T20) tournament.

More than the runs he scored, it’s the manner and circumstances in which he scored them that begs notice. While he hogged the batting honours in Vijay Hazare with the highest average of 113, he was the third best run-getter in the Mushtaq Ali Trophy with 392 runs in 10 innings at a strike rate of 168.96.

Where his limited overs exploits last year in domestic cricket stands out is that in most matches, he batted at No.5 and took Mumbai home in tricky run chases, in the face of mounting scoreboard pressure and asking rate. He blasted 72 off 29 balls in a Deodhar Trophy encounter, underlining his limited overs credentials.

His second century came in trying circumstances against eventual champions Saurashtra, with Mumbai having conceded the first innings lead and battling to save the blushes. He scored a masterful 134, showing yet again how he thrives in extreme pressure.

His calm head under pressure does put him in contention to be the next ‘finisher’ for India. Shedding light on how his ‘fearless’ approach fetched him the desired dividends, Yadav told Hindustan Times, “I’ve been really flexible in my batting order, from opening to No.7, in all formats. I am thinking of nothing else but score runs, heavily.”

Another player who has impressed with his finishing ability this season, to the extent of being seen as a possible claimant to an India cap is Haryana all-rounder Rahul Tewatia.

He has already played two incredible innings this season to attest to his rising stocks as a finisher – the swash-buckling 45 off 28 balls that sealed a sensational win for the Rajasthan Royals over Kings XI Punjab and another half-century which took his team to an unlikely win over Sunrisers Hyderabad.

Set a humongous target of 224 at Sharjah, Tewatia played a stellar knock to lead his team to the highest successful chase in the history of IPL cricket.

Needing to go at more than a run-a-ball, the southpaw slammed five consecutive sixes off Sheldon Cottrell on way to a blazing 53 off 31 balls. That innings, coupled with an explosive 85 off 42 from Sanju Samson, brought home the gravy for the Royals.

If that innings got the cricketing world to wake up to this talent, the effort against the Sunrisers came as affirmation that the match-winning knock at Sharjah was no flash in the pan and here was a player who the franchise could count on to play finisher.

With over 50 runs to get off the last five overs in pursuit of 159, Tewatia joined forces with Assam keeper-batsman Riyan Parag and the duo raised a rollicking stand of 81 to take the Royals past the finish line.

For a large part of the game, the Sunrisers had the leash on the Royals before Tewatia broke free with a flurry of boundaries and sixes, not only taking the pressure off Parag but also bringing the scoring rate down to manageable limits.

Speaking on his knock at the post-match presentation, Tewatia, who was adjudged ‘Player of the Match’, said he told his batting partner between overs that he wanted to take the game deep knowing he could open out anytime. His words smacked of someone who is confident of his skill-sets and ability to finish a game. While two good innings are barely enough to judge a player by, a few more such performances down the road may well raise the buzz around his finishing skills and see him break into the national team.

Batting apart, he is also a handy leg-break bowler with 5 wickets under his belt already at an economy rate of 7.85. His all-round attributes and nerveless finishing skills make him an asset for RR and should also hold him in good stead with regard to donning India colours.

One hopes their breakthrough IPL season will mark the start of something special and set them on a canter in the race for an India shirt.