IPL 2020: Rahul Tewatia and the mistake of judging people too early

Rahul Tewatia’s unbelievable knock of 53 which included five sixes in one over after he was 8 off 19 balls signifies the age-old adage that nothing is sure until the final ball has been bowled. 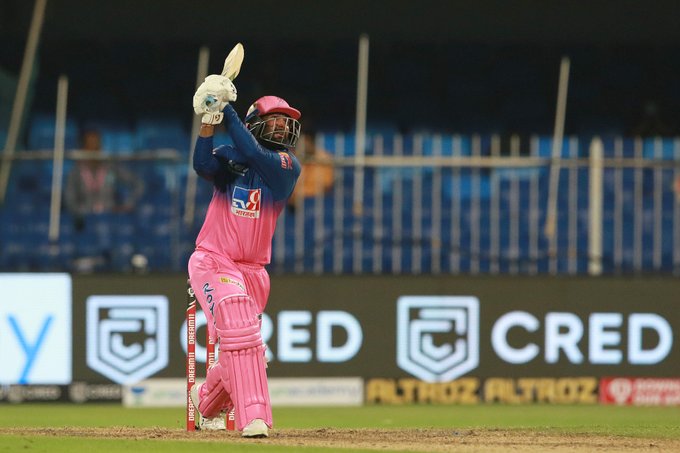 Many times, we judge people without knowing them. Without ever interacting with them.

We pass comments on from a distance. It alleviates us and releases our hidden frustrations. Cricketers are under far more scrutiny and are on the receiving end of judgments every single minute, hour, day, week and year. Some cricketers take it by their stride, but the majority of them get bogged down.

It could have been easy for Rahul Tewatia to get bogged down. After all, he has been receiving five days of hate. One, his three wickets against Chennai Super Kings paved the way for Rajasthan Royals’ famous win.

His celebration of putting his fingers in his ears after every wicket celebration irked many of Chennai Super Kings’ fans big time. In the game against Kings XI Punjab, the trolls only got louder.

After Sanju Samson and Steve Smith had shown positive intent and laid out a solid platform in their chase of 223. However, when Smith fell, Rajasthan Royals decided to send Rahul Tewatia in at No.4.

This was interesting and it backfired. Except, it did not until the last moment.

Tewatia was on 8 off 19 balls. He had mistimed a lot of shots and was not getting bat on ball. With every missed ball, the trolls only sharpened their fangs. They were hellbent on pinning him down. The ignominy of this was Sanju Samson hitting a ball to long off and denying the single. The pressure was too much. Samson was dismissed and it looked like game over for Rajasthan Royals.

The trolls were having a field day. Tewatia was facing up to it. The disappointment of the match slipping away all because of him. The hate from social media for the last five days. Samson doubting his capabilities. Harsha Bhogle, one of the commentators on air, tweeted, “It can be a cruel sport too as Tewatia is discovering. Feel for Tewatia. But he is losing his team the game.”

Then, something inside him clicked. The lad from Sihi, which is a village in Haryana situated 36 kms away from Delhi, suddenly made Sharjah the night where he would etch his name in glory.

A total of 51 runs were needed off 18 balls. Then came THAT moment. Sheldon Cottrell, a decent death bowler, was carted for five sixes in one over. Had he not missed the length ball, he would have matched Yuvraj Singh and matched six sixes in one over. In five balls, he turned it around. Although Robin Uthappa fell, Jofra Archer hit two sixes and Tewatia notched up his fifty off 30 balls with another six off Mohammed Shami.

In the last 12 balls, Rajasthan Royals had hit eight sixes and in the end, they achieved the highest run-chase in the history of the IPL, breaking their own record 12 years ago against Deccan Chargers.

After the match, Bhogle released a statement which said, “It tells me you cannot forecast how things will be received. On live television, the moment goes away and with it, the mistake too. On social media, it stays, it gets shared and it is delivered to you.”

Bhogle’s statement on Tewatia is a lesson for all of us cricket fans. NEVER, EVER judge. Never ever pre-empt. It is dangerous in the cricket field. It is dangerous for careers. Trolls can come and go. But, if judgment has to be respected, then it must be balanced. It can be personal but never public. Tewatia has shown that anything is possible. Judging someone only makes them look foolish.